A little over a month ago, I was on the other side of the world in a plastics factory that could rival the manufacturing output capacity of our entire state.

Touring the facility, as a member of the Premiers’ trade delegation to Shandong Province in China, the harsh reality facing manufacturing in our state became very clear, very quickly.

The factory was so large, it could more accurately be called a village.

There, employees live, work and play. It’s even complete with schools and childcare.

The company operating the facility started out building plastic toys in the nineties.

This same company now produces everything from the dashboard of your imported car, to the chassis of China’s high speed trains.

How can we compete with that?

Quite simply, we cannot. If we try and compete on quantity and cost, we will lose.

The key is not to dwell on what we cannot deliver but to determine what we can achieve.

In 1986, a sister state relationship was established with Shandong as part of the South Australian Government’s strategy to grow our engagement with China.

The State Government has fostered this relationship with Shandong, providing opportunities for China to engage and invest in South Australia.

One of the most important things I took away from being a part of the delegation was the influence government has in China, and the role our government can play in supporting business to establish opportunities there.

I was in discussions with the Shandong Provincial Architecture and Design Institute (SPAD), having great difficulty communicating that I was representing the Australian Institute of Architects.

The Chinese delegates seemed to believe that I couldn’t represent the wider architectural profession given that I also work for a private company. Seeing what was unfolding, a Department of State Development official joined me at the table, and the conversation quickly changed into a very positive one.

The outcome of this meeting may be the development of a memorandum of understanding, which would see the SPAD connect SA architects and designers to support their local architecture practices with design competitions.

Much like in SA, their local industry is being tested by an influx of other provincial and international practices entering the market.

These sorts of connections are hugely important for South Australia going forward.

There is little doubt that an enormous opportunity exists in China; Shandong alone is home to 100 million people. 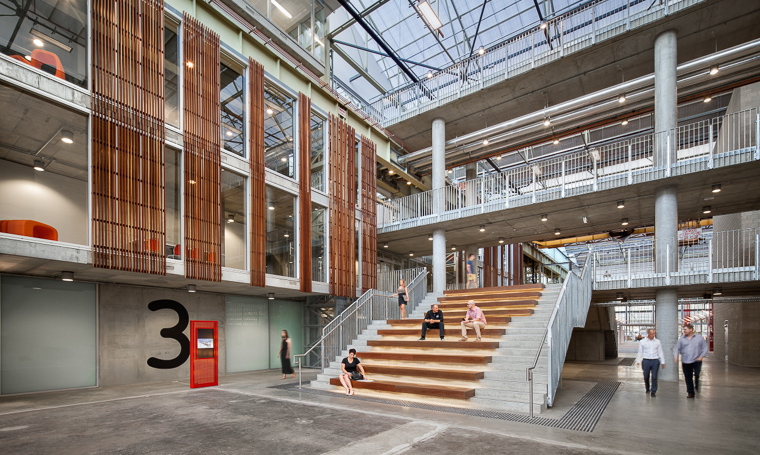 The TAFE campus at Tonsley.

South Australia presents a unique environment to be an incubator for innovation to take advantage of that market.

Our scale and ingrained ability to do ‘more with less’ as result of our geographic and economic isolation affords us with the opportunity to be a testing ground for ideas.

We are an agile, connected community and can make things happen very quickly.

By shifting our focus to the front end design and prototyping, as well as the back end – monitoring, servicing and quality control – we can encourage new growth.

I believe there is an imperative for government to further invest on initiatives which aim to cluster the best our state offers in education, architecture, design, construction, health and mining like at Tonsley in the south and the Stretton Centre in the north all under one roof.

Equally, as a state, we need to encourage and nurture a culture which champions the importance of integrated design to add value, create a sustainable community and provide long-term benefits for future generations.

Why don’t we aspire to be the next Silicon Valley?

We could be the pilot city for the roll-out of driverless cars. The technology exists, and we have a facility out north and an eager workforce who could build them.

We could be at the start of a golden age for South Australia, but only if we have the courage to step out off the edge into the darkness.

Let’s talk seriously about our future together and lift our eyes to the horizon instead of fighting like seagulls over the same chip on our very small beach.

The alternative is to become a victim of inertia and to fall further behind.

Dino Vrynios is an Architect at Grieve Gillett Andersen, Councillor of the SA Chapter of the Australian Institute of Architects and the 2014 Jack Hobbs McConnell Travelling Fellow in Architecture.