I have seen the best minds of my generation (and those born later), destroyed by State Government myopia and blame shifting, dragging themselves through the wide streets of Adelaide at dawn, looking for an early opener.

While other states were building modern, diversified and robust economies, South Australia debated, formed committees and engaged in endless rounds of self-reflection.

SA’s net debt as a percentage of the state economy is 7.3 per cent – the highest in Australia.

We have experienced 8700 job losses in May alone. That’s twice the number of jobs created by the ALP government since 2011.

Instead of attacking Asian markets after the State Bank collapse in the early 1990s, and bringing new expertise in to help rebuild the economy, SA did nothing. Now it has a projected debt of $14 billion, is living off defence contracts and GST revenues from the other states, as unemployment soars.

Last week’s official jobs figures show South Australia’s unemployment rate spiralling to 8.2 per cent, its highest level since February 2000. This is not a recessionary slump but a continuation of an ineluctable climb in the unemployment rate – especially for males.

The business community has become a hand-fed arm of the State Government, while rent-seeking lobbyists from the construction industry are sucking expenditure from the body politic. This is astounding as there is a 20 per cent vacancy rate for D-grade office space and a prime office vacancy rate of 13 per cent.

Binary thinking is now so common in Adelaide it’s difficult to remember when there were multiple and competing explanations for social and economic phenomena.

Holden will close in 2017, if not before, and the future of the Australian Submarine Corporation (ASC) is in doubt. In the next five years 15,000 jobs in the northern and western suburbs will disappear forever, hitting mainly men in their 40s and 50s. Half of them will never work again. Add 5000 more if the ASC goes belly up.

There are currently 67,800 unemployed and 85,800 under-employed people in SA. An extraordinary 22 per cent of the adult population is welfare-dependent.

Foodbank SA, the state’s largest charity food organisation, is supplying a record 7500 meals a day to battlers compared with 5800 in late 2013. It cannot cope with rising demand. Every month more than 8000 people (including 3000 children) miss out on a decent feed. This is the gathering storm.

With the exception of InDaily and the ABC, much of the Adelaide media, its readers and listeners, are trapped in binary thinking. People either blame the ALP or the Liberals; they blame the unions or the public service. It’s either this or that. Binary thinking is now so common in Adelaide it’s difficult to remember when there were multiple and competing explanations for social and economic phenomena. 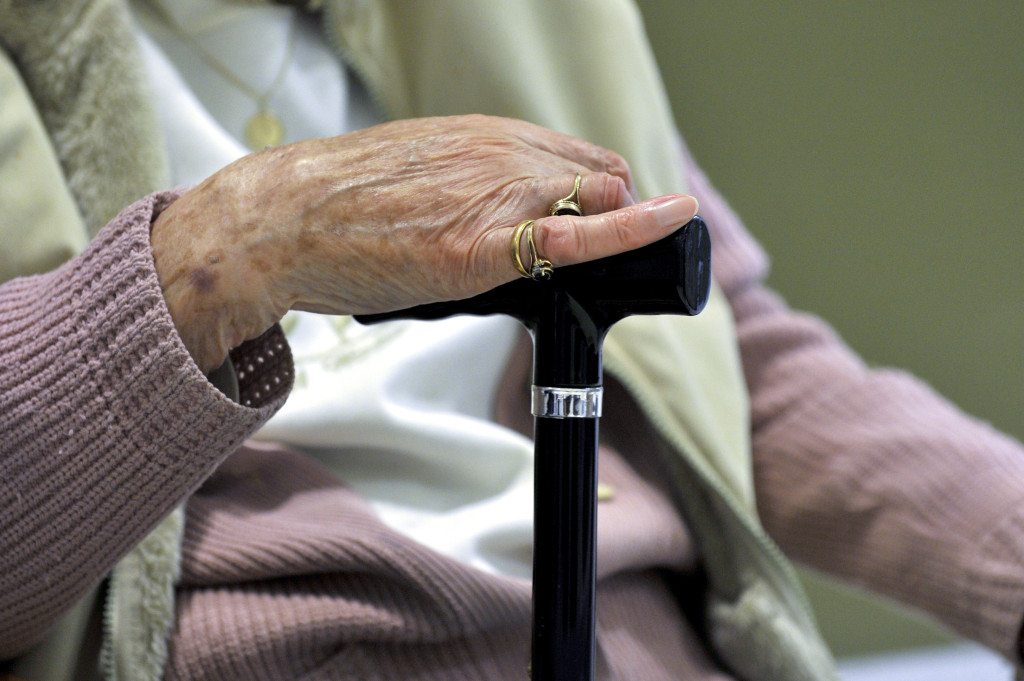 An ageing population combined with Adelaide’s penchant for nay-saying is a formula for “serious social ossification”.

The good news is that many expatriate Boomers with national or international experience are returning to Adelaide, usually to look after ageing parents. The bad news is when they apply for local positions, young recruiters knock them back because they are too experienced. They’re too good. They are not only knocking back those with national or international experience and their business contacts but also potentially millions (if not billions) in superannuation spends. It’s a non-virtuous circle that has created a closed environment.

Adelaide’s penchant for nay-saying combined with an ageing population is a formula for serious social ossification. Cities where old people out number the young almost three to one, adopt a conservative orthodoxy and use their voting power to block the developmental aims of future generations.

The operating standards of many SA organisations are so low and regressive that many executives new to the state, especially those hired from interstate, stay less than a year as they battle incompetence, white-anting, nepotism and group think, before hightailing it back to Sydney or Melbourne. There can be no more punitive action on the state’s brand than to hire opinion leaders in one state, get them to Adelaide, humiliate and degrade their professionalism for a year or so, then effectively force their resignation.

Young people in their teens and 20s will curse this and previous governments’ cowardice for failing to make the hard decisions after the State Bank fiasco.

The only way to achieve the regeneration of the SA economy is to create a polity where the major political parties, the union movement and the business community work together. Walls need to come down and bury outmoded ways of thinking.

Malcolm King works in generational change. He is an Adelaide writer.