Bowled over by a minibus in the Peruvian town of Cusco in 2012, where he was holidaying with his wife Meredith and son Cy, he later recalled experiencing those near-death clichés: visions of white light, a feeling of drowning.

Two years on, sitting before a crowded media conference for his unveiling as the Crows’ new great white hope, he revealed the incident as a formative one, despite coming late in his 55 years.

“It has been a big moment for me,” he reflected.

“I don’t drink alcohol any more, I try not to drive a car; I try to spend as much time with the people that are important.”

On his instruction, Meredith even photographed the intersection where the incident occurred; the Crows coach kept it on his computer desktop to remind him that life is precious, to recall how he felt as he pondered his mortality on a hospital bed in Peru, wondering if he’d ever get home.

Tragically, the end came not on a crowded street in a foreign town, but in the home to which Walsh was so determined to return. And at the hand, allegedly, of the son with whom he had publicly resolved to reconnect.

Police were called to a domestic dispute after 2am. Having worked in a TV newsroom, I perversely can’t help but imagine the overnight pool cameraman responding to the emergency scanners, that would have told of a 55-year-old male deceased, and a 26-year-old male arrested and held for psychiatric assessment. A routine overnight domestic incident. It happens all the time.

And every time, it is a tragedy. Problems of domestic violence and mental health are all-pervasive, except in everyday conversation, which prefers to remain comfortably ensconced in escapism: who won the football last week? Who will win next week? Today, those questions have evaporated.

Amid the moral posturing over (alleged) drug-taking dickheads and clubs sanctioning players for acting like cashed-up 21-year-olds, all of a sudden an event happens that makes the routine worries of Crows supporters – will we make the finals? can we beat Geelong? will Dangerfield re-sign or resign? – appear so insignificant as to become meaningless.

As SAPOL Superintendent Des Bray told the media this morning: “It’s just absolutely terrible when families are torn apart in such tragic circumstances.”

“For any family, regardless of who it is, it’s one of the worst things you could imagine could happen to you.

“The only thing that’s different with this is that he has a high profile.”

And that he did. 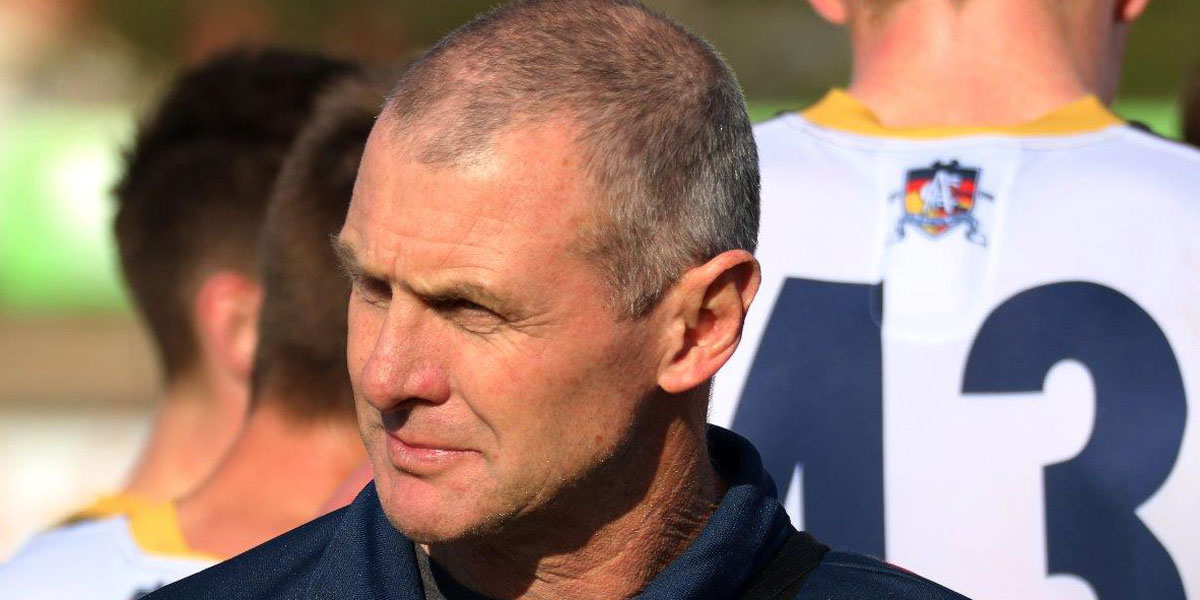 In an average week, the coach of the Adelaide Football Club is probably seen, interviewed or discussed in the SA media more times than the Premier or Prime Minister.

In jubilation or the frustration Walsh only last week spoke of weaving into a masterpiece, his presence was the one constant.

This is perhaps why South Australians today awoke to wrestle with a fraction of the pain and disbelief that the Walsh family and the Adelaide Football Club are dealing with.

Amid the reams of social media tributes, the line that resonated with me came from someone who probably didn’t know Walsh well, if at all – Geelong forward Tom Hawkins – who wrote: “It’s hard to comprehend that a man that has touched so many lives is gone.”

Walsh played at Collingwood, Richmond and the Brisbane Bears. He coached at Geelong, West Coast, Port Adelaide (where he shared in the 2004 premiership) and the Crows.

His was an avuncular, unique presence in his frequent media appearances: gregarious yet inscrutable; he dubbed himself a “bogan from Hamilton” and a “weirdo”; he spoke of seeking elite standards and putting the team first, but also of winning groundballs and watching Sunflowers.

The cliché-weary, jaded football hacks in Melbourne spoke of him with bemused awe; we had not seen his like before.

And the AFL community has certainly never experienced anything like it has today.

Amid the moral posturing over (alleged) drug-taking dickheads and clubs sanctioning players for acting like cashed-up 21-year-olds, all of a sudden an event happens that makes the routine worries of Crows supporters – will we make the finals? can we beat Geelong? will Dangerfield re-sign or resign? – appear so insignificant as to become meaningless.

There will be moving tributes and lyrical laments, as flowers and guernseys pile up lovingly outside West Lakes, but perhaps Warren Tredrea said it best on Triple M radio: “This is just shit.”

“When you cross the great divide from Alberton to West Lakes you’ve got to be good at what you do,” said the former Port captain.

Life’s more important than any game of footy…

Yes, Walsh had a “high profile”, and an uncommon one. In Adelaide newsrooms today, reporters and sub-editors are bashing out copy while still themselves processing what they are filing. Most of us are football followers. Most of us have allegiances to the Crows or Port Adelaide, which have both experienced their share of tragedy in recent years and are today united in grief. Most of us have children; all of us have parents.

Walsh himself spoke of the challenge in collectively dealing with bereavement.

When Adelaide veteran Brent Reilly fractured his skull at training early in the coach’s tenure, he sat with the player’s parents in Emergency, and pondered how to galvanise his charges.

“Sitting in that hospital, I really wondered if the worst happened whether I would be able to make those same physical demands on the team,” Walsh told Fairfax in February.

“In the end, after he came through the operation, I told the guys: ‘Let’s just get through the week. I won’t coach and I won’t make demands on you, and if you don’t feel you can train, then don’t.

“What I’ve learnt from working with large groups is that we all deal with grief differently.

“Footy clubs are so competitive and, as a group, we judge people constantly and negatively. What I’ve tried to do is find the 10 things that connect us.”

Today is a day to do just that. Tredrea suggested the best way to process last night’s events is to celebrate the fact Phil Walsh got the best out of himself in his time, “rather than look at the other side, because the other side’s just too hard to deal with”.

“Life’s more important than any game of footy,” said Tredrea.

“We all worry about the little things in life, but you look at this and there’s a far greater cause … and that’s living itself.”

It was a sentiment Phil Walsh learned to appreciate acutely, and that makes his loss harder to fathom.