Lack of due diligence in sealing the Gillman land deal has created a monstrous problem for the Weatherill Government and, possibly, the economy, argues Rod Hook.

It is approaching 14 months since the State Government announced its deal for publicly owned land at Gillman. It is astonishing that this land, and the process used to sell it, has fast become the ‘lead antagonist’ for Premier Jay Weatherill in 2015.

It bears a quirky resemblance to another era. In the 1950s, an iconic monster of cinema known as the ‘Gill-Man’ was the ‘lead antagonist’ of the time. It first appeared in the 1954 science fiction film, Creature from the Black Lagoon.

And like the Gillman land deal saga, which just won’t go away, the Gill-Man was hard to destroy. It possessed superhuman strength and a fast-acting, healing factor that allowed it to survive wounds which would be fatal to humans.

It remains to be seen how the Weatherill regime will overcome its Gillman, considering the wounds inflicted by the Supreme Court and the Auditor-General’s findings on his government’s handling of the deal.

To have been judged by the Supreme Court to have made a decision in this instance that is both “irrational” and “unlawful” is a tough ask for any citizen to defend. Even more so for a Premier and his Cabinet Ministers.

But it will be a travesty for our State if the negative analyses undertaken to date cause the government’s role in working creatively with the private sector to stall.

We know government budgets are currently under pressure and jobs are desperately needed. In these times the State Government and the public sector must not gravitate downwards into a plot reminiscent of another sci-fi film The Day the Earth Stood Still, where the presence of an alien like object causes widespread panic.

South Australia, more than ever, needs the private sector to step in and help identify, fund and develop its future.

Government must encourage private sector innovation and ideas and be willing to accept privately initiated proposals, including those that are not tested against competition.

Maybe this is what the Premier intended to convey when he said he would do it again “any day of the week” and warning “you haven’t seen anything yet”.

Proposals received through privately-initiated processes, commonly referred to as unsolicited bids, can and have been proven to work successfully in other places (eg the widening of the CityLink motorway in Melbourne, and the NorthConnex project in Sydney).

There are studies and research, widely published, promoting benefits of fair and accountable unsolicited bid processes (for instance Want to sell your idea to government? An unsolicited proposal could be your answer).

These benefits include overcoming a government’s lack of capacity to identify and procure projects, and making the most of private-sector innovation. A privately-initiated process can also be quicker than regulated and competitive solicited procurement processes.

Due diligence is essential, something that appeared to be lacking at Gillman, where the government appeared to simply discard the warnings and advice of experienced and responsible members of Renewal SA’s Board and its senior staff. Four board members resigned in protest.

Without due diligence when assessing solicited (open or selective tenders) and unsolicited proposals, governments will face public accusations about misuse of public resources and poor quality outcomes – potentially leaving themselves open to perceptions of maladministration and, in some cases, even corruption.

To ensure Gillman does not adversely impact the State’s ability to deliver future initiatives in partnership with the private sector, proper process must apply. The right questions need to be asked and answers documented so that sufficient grounds can be demonstrated to justify government entering into a deal – even a direct deal with the private sector.

It is good that the government has now put in place an unsolicited bid process, similar to proven processes run interstate. But without good leadership and governance, no amount of process will guarantee success.

With still more investigations (ICAC and Parliament’s Upper House) underway into the Gillman process, it will continue to be hard for Weatherill to kill off criticisms of the deal.

In the 1950s movie the Gill-Man was finally killed off with a powerful form of pesticide known as rotenone.

I hope this government can find some rotenone strong enough to kill off its ‘Gillman’ and the associated stains once and for all, enabling our State to keep moving forward in partnership with the private sector.

(The Gill-Man appeared in a science fiction trilogy Creature from the Black Lagoon, and its sequels Revenge of the Creature and The Creature Walks Amongst Us, as well as cameo appearances in an episode of The Munsters and the motion picture The Monster Squad.)

Rod Hook is a former senior South Australian public servant whose roles included Chief Executive of the Department of Planning, Transport and Infrastructure. He’s now a consultant in the areas of infrastructure, transport, planning, environment and property services.

He writes “By Hook”, a blog about his experiences, observations and opinions, on his company’s website – www.rodhook.com.au. 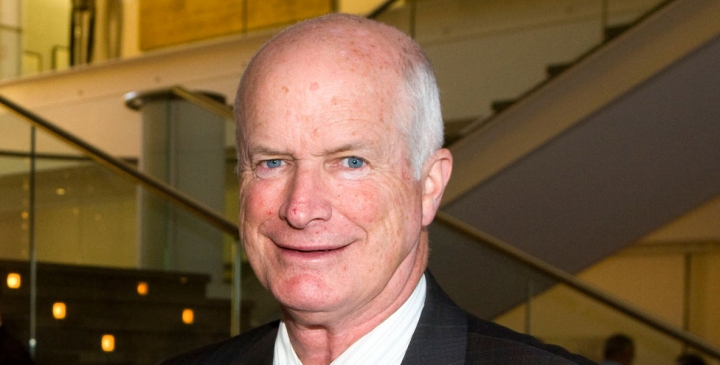