The ability of “starchitects” to capture our admiration is limited by the Law of Diminishing Shock Value – Figurative Architecture might be the radical step-change they’re looking for.

A few years ago I wondered why there’s apparently so little demand from the public for major new buildings that look like old ones; and why there isn’t more pressure for architecture with elaborate decoration and figurative references (see Why do we love old buildings so much?). It’s a puzzling question because people generally have enormous affection for old buildings, especially grand and ornate edifices like the long-demolished Federal Coffee Palace in Melbourne.

There’re a number of possible reasons for this fondness, including, of course, historical significance. An important one, though, is that the look of old buildings seems to connect with us at an emotional level.There’s a romantic dimension to old buildings. Some traditional architectural styles evoke literary and emotional associations, probably based on what we’ve read or seen. Some also have decoration and relief sculpture based on, or drawn from, life. Figurative and non-abstract imagery isn’t common in modern buildings but resonates with us more easily and in more complex ways than abstract images.There are also many reasons why clients, developers and architects haven’t sought to satisfy this desire (see Why are new buildings…so modern?). The key one is probably cost: it was necessary to invent modernist architecture so the huge growth in demand for built space in the 20th century could be accommodated at an acceptable cost. 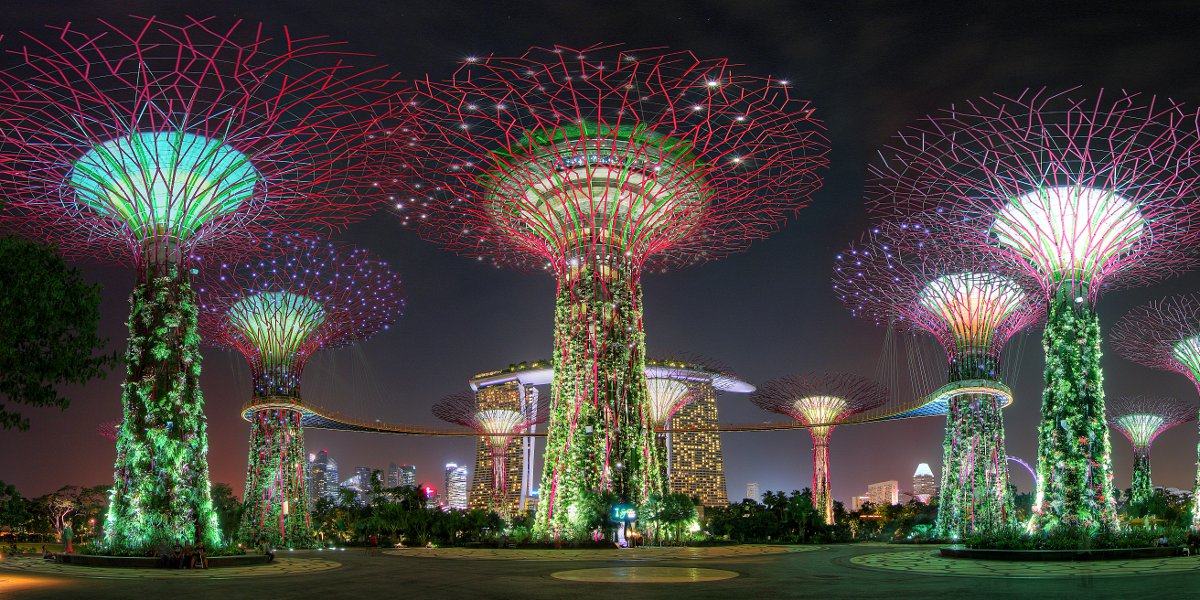 The desire for major buildings to be more than mere accommodation hasn’t gone away, though. In recent decades we’ve witnessed the emergence of the idea of Architecture Is Sculpture; a movement popularly associated with essentially modernist “starchitects” like Frank Gehry.

Practitioners create visually dazzling and unexpected forms that’re seemingly unrelated to anything as prosaic as function or context. They exploit advances in design and construction technology to build ever more visually arresting and extraordinary buildings.

The future of this movement is likely to be limited because the law of diminishing returns inevitably applies to the search for ever-newer and ever-more unexpected architectural forms.  Without a deep theory, each new example of “stretching the envelope” is progressively less arresting.

When your shtick is to astonish, wackiness becomes more and more predictable. It no longer shocks because its key idea – to be visually astounding – is no longer new (see Is too much Gehry never enough?).

At the same time as Architecture Is Sculpture has captured the first-world stage, another unusual and largely unsung trend has also emerged. Many relatively modest buildings with an unashamedly historicist appearance have been quietly built around the world, largely in developing economies. These are mostly familiar forms in their cultural context, but they’re out of step with the assumptions of modernism.

Go here and you’ll find a lengthy catalogue of recently constructed buildings that mostly show fidelity in design and materials to historic styles (now up to 135 pages). They’re not generally slavish copies of particular buildings but they’re hard to pick as new construction by anyone who’s not an expert.

Some of these buildings and structures, like the Dragon River Bridge in Vietnam (see video), are blatantly figurative. My prediction is we’ll see many more high-profile buildings around the world that’re driven by an uncompromising figurative aesthetic.

A key reason is that much of the enormous growth in demand for architecturally adventurous buildings is coming from newly prosperous countries like China. They have different cultures and histories to Europe and North America where contemporary architectural fashions largely incubated (see Why don’t we build in historical styles?).

Another is that the Architecture Is Sculpture approach is on the brink of exhaustion. We’re starting to get designs that are almost parodies – for example, The Experience Music Project in Seattle. Architects’ compulsion to produce visually arresting and novel buildings will continue, but that impulse needs a wholly new direction.

There are already examples of architects feeling their way toward something that isn’t solely abstract formalism. ARM architects, for example, based their design for Melbourne’s Recital Centre on the idea of a box containing a precious object.

While some think the metaphor ARM uses to capture the idea of preciousness is trite and corny, what’s important is the attempt to generate an aesthetic shaped primarily by ideas (see Is there a metaphor in there?). ARM’s limitation was to stay within the strictures of formalism rather than exploit the richer vocabulary of literal terms and devices that could’ve delivered a much more powerful and accessible aesthetic.

Another example, also in Melbourne, is the Swanston Square tower currently under construction. It will have an image of Aboriginal leader William Barak superimposed on the façade. The face is essentially a “paint job” rather than a central idea driving the three dimensional design of the building, but it’s a clear step in the direction of Figurative Architecture.

In the same way the first automobiles borrowed the conventions of form from the horse and buggy, these two buildings can be thought of as early stage pointers. But if designers and the market accept the new approach, it’s not hard to imagine a future where the most spectacular buildings evolve to look more like (say) Mt Rushmore, or the faces in the trees at White Night 2014, than like abstract sculptures.

All that’s needed is a “theory” to justify Figurative Architecture after a century of modernism. That shouldn’t be too hard; after all, virtually all lyrics and much visual art is figurative. Where there’s a need or a desire, a theory will be found. After almost a century of modernism, the real puzzle is why it’s taking so long for architecture to return to connecting with the people.

This article was first published on Crikey’s Urbanist blog.