It had to happen.

Napa man Kevin Boyer, who calls himself a “somleeay” (it’s a bit like nucular) and confesses to being heavily influenced by his wine marketing mum, has joined forces with Pom chemist and wine educator Philip James to produce a clever device which turns water into “wine”.

I use parentheses because no grapes are required.

Claiming this to be in the spirit of the miracle at Qana, they call their electric amphora device M|M – the Miracle Machine.

Their promotion blurb says: “It came about after one too many glasses of wine over dinner, and a casual remark by Philip that ‘Jesus made water into wine; with all the technology we have available today, why can’t we do the same?'”

They’re calling the machine “the world’s first accelerated winemaking device for the home”.

Reminds me of a lunch this Philip had nearly 30 years ago with genius (a word I rarely use) winemaker Stephen Hickinbotham. We were joking about the Lord’s amarone being marketed as a miracle, agreeing that it was more of an H2O on the dried grapes trick than your actual turning pure H2O into grape ethanol of a fine vintage.

Stephen revealed he’d been designing a home winemaking device which would do pretty much the same trick as the M|M. Before he got close to perfecting this, he died in a plane crash in 1986.

“Winemaking is still considered by most an art. Secrets are closely guarded,” the M|M chaps claim.

Their machine obviously still keeps most of the alchemy under the hat. Its basis is the secret additives – a powder and a finishing syrup – devised by their team.

The sophisticated M|M material on their website claims that the partners “also looked at the precise chemical breakdown of some of the finest wines in the world and realized that just as the scent industry is able to simulate smells, it is possible to replicate the delicate flavors of highly sought-after vintages”.

’45 Romanée-Conti, anybody? Comin’ right up!

It appears that the M|M depends on a sealed containment vessel which incorporates a sugar-measuring device, an oxygenating bubbler, a bit like you see in a fish tank, and a soundwave generator which pumps vibes into the container to hasten the polymerisation of the tannins, softening them. The whole process is managed remotely by an app in your phone.

One can vaguely imagine what’s in the additives. Sugar, acid, enzymes, some sorbitol (to supply viscosity and an illusion of sweetness), colourant, yeast, tannin, flavours, wood essence and fragrances. The impressive-looking machine seems likely to be a combination of devices and techniques already extant.

Even the “ultrasonic transducer, positioned directly underneath the chamber [which] resonates, effectively speeding up the flavor development of the wine” sounds a lot like a machine I played with six years ago. It seemed extremely expensive for what it did. It was supposed to “age” real bottled wine between decanting and service. As far as I could see, it merely flattened the aromatic, flavour and tannin profiles of anything put in it; I recall the procedure taking about 40 minutes.  I felt it may have industrial uses on a large scale to sort out specific tanks of poor wine, making them perhaps more useful if blended with fresher wine, but couldn’t see any serious wine lover exposing a good Bordeaux or a Grange to its destructive alchemy.

After a few weeks, I sent it back.

And that wild M|M claim about the synthetic perfume business? I’ve just gotta assert that as a total fragrance slut, I’ll guarantee that the most beautiful scents are painstakingly composed by top noses from concentrates of real fruits, flowers, barks and spices; real musk from the arse of the musk deer or ambergris from sperm whale chunder make the synthetics smell like Coke.

Hickinbotham’s machine looked like a stainless-steel pressure cooker. It had a removable lid which sealed tight. Between the lid and the vessel was a removable inflexible steel filter screen on top of food-grade polymer membrane. The vessel had an inlet and outlet. You’d attach a hose from your kitchen tap to the inlet, which admitted water to circulate between the membrane and the vessel, to adjust the temperature of the whole berry ferment. Warmer, faster ferment? Turn the hot tap up. Cool it? Slow it down? Use cold. The water simply circulated between the membrane and the vessel, and exited through the release valve. It never entered the wine. 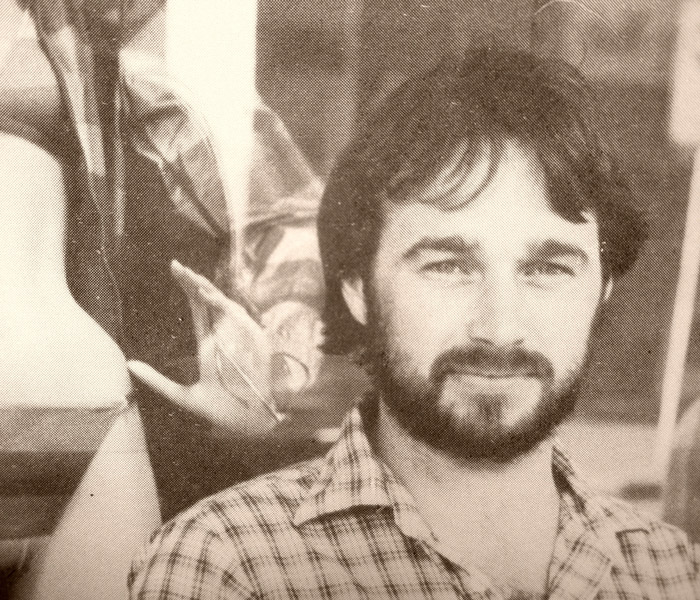 Stephen’s device was designed to teach people how simple winemaking really is. He planned to sell you good varietal wine grapes frozen with some yeast in a Cryovac bag. You could buy Cabernet, Pinot, Chardonnay, a blend: whatever flavour you wanted.

It worked vaguely like this: You’d remove the lid and the strainer and put the sealed bag of grapes, freshly defrosted, in above the impermeable polymer membrane. You’d push it down till the grape bag filled the vessel, and the membrane formed a second lining between the bag and the vessel. Then you’d put the lid back on, and reseal the unit.

When the ferment was complete, you’d take off the lid and cut open the top of the bag of   fermented grapes, leaving it in place, then replace the filter screen and the lid.  You’d close the exit valve, and, using mains pressure through the inlet, fill the gap between the membrane and the container with water, and leave the tap on. This pressure would push the fermented must up through the filter screen and out through a valve in the lid, leaving the skins behind. You could control how hard you pressed with your tap. You’d then finish your ferment and do your cold-settling and clarification in a glass container, using the fridge, learning every step of the real winemaking procedure as you went – any week of the year.

Forgive me, Bacchus, but you could even add oak chips if you had lumberjack tendencies.

Barely a day goes by that I don’t wish I could consult Stephen for gossip or advice. He had an astonishing winemaking pedigree. His grandfather, Alan “Hick” Robb Hickinbotham, founded the Roseworthy wine science course; his father Ian had a historical career winemaking with great companies like Wynns, Kaiser Stuhl and Penfolds. His uncle Alan, the housing developer, planted the famous Hickinbotham Clarendon Vineyard.

In the rush to perfect the inexpensive and radical sparkling “pearl” wines of the day, Ian brought the smart young German fizzmaster Wolf Blass to Australia in 1961 to make Pineapple Pearl, a wine-based kiddylikker of the day.

Ian, who still lives with his wife, Jude, in Melbourne, worked with David Wynn perfecting the bladder pack which was based on the old goat, sheep or pig-skin idea. In its plastic form it had been used for years as a vinegar and oil container in Italy. Although he worked hard introducing the idea into Australia, it was not the invention of Tom Angove, as is popularly presumed. Ian was also the first person known to deliberately induce, maintain and monitor malolactic fermentations in Coonawarra in the early ’50s.

Just as there’s contention about whoever it is that claims to do things first, there’s argument about whether Solomon or Koheleth or somebody else wrote the Old Testament book of Ecclesiastes. But there can never be doubt of the truth and wisdom of verse nine of its first chapter.

I’ll raise a toast to Bacchus on that account. If he insists on the ’45 Romanée-Conti, make it a real one.