Laneway Festival won’t be the catalyst for Port Adelaide’s rebirth – but it does point to a possible future for a failed suburban centre.

Any suggestion that an event or government proposal could be the shot in the arm the Port needs should be treated with an artery-hardening serve of salt.

The Port has myriad entrenched social and economic issues which will be expensive to fix; it is not in a politically-important electorate, but it is high profile. All this adds up to a place that has seen plenty of well-publicised but underfunded rescue plans.

So Laneway isn’t a fix, but it’s a success that might serve as a marker for what is possible.

Laneway is the hippest of Australia’s music festivals; it is to Big Day Out what a barista’s latte is to a mug of instant. And its crowd figures have been growing strongly in the last few years, meaning it’s now starting to reach major-festival status.

Last year the festival was held at the University of South Australia’s labyrinthine City West campus, where a sell-out crowd created significant safety issues for patrons (as InDaily reported).

In response – and for this they should be applauded – the organisers moved this year’s event to the Hart’s Mill precinct in Port Adelaide. And it worked well.

There was plenty of room, for a start. The festival complex was sprawling, with heaps 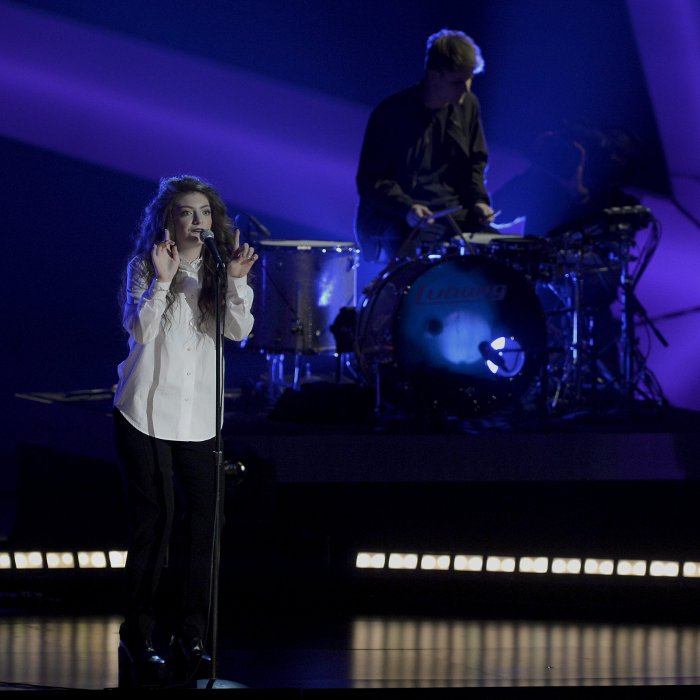 Lorde, one of the headliners at this year’s Laneway Festival. Photo: AAP

of space for crowds to gather to watch the big acts. Laneway features a range of smaller bands, so you need small, intimate spaces as well – and the layout of the precinct created plenty of small crannies perfect for this purpose.

The city’s food trucks were out in force, and there was room for a small vintage market.

But where the event and the location really shone was the atmosphere. The Port has some of the best historic buildings in Adelaide – and Harts Mill is one of these. Here, the suburb’s heritage of ugly heavy industry is preserved beautifully in crumbling brown brick and rusted sheet metal. There’s grit, as they like to say in Melbourne.

The precinct layout ran along the Port River, where boats bobbed gently. Refreshing sea breezes occasionally curled up from the river and over the festival-goers. The experience was everything that last year’s Laneway wasn’t.

The Port is torn between celebrating its heritage and needing desperately to chart a path towards it future. Laneway illuminated one such pathway – celebrating heritage in an entirely new way.

Port Adelaide could become Adelaide’s cultural mecca, in the way the CBD promises to become our sporting hub. The space is perfect for festivals, if more could be attracted out there. The town already has a strong arts community; the local council could take inspiration from Hobart and get artists out on the street, painting, crafting, busking, performing.

In the rush to fix the Port’s problems, too often big solutions – big do-overs, really – are touted. What if the Port’s future is one we build grain-by-grain? What if we make an effort to drive festivals and arts events in the area, at the same time creating policies that will turn the area into a safe space for creative types (who are already going to be attracted by the cheap rents and historic housing stock).

I’m told the idea to bring Laneway to the Port came as much from government developer Renewal SA (which spotted an opportunity after last year’s event attracted negative publicity) as it did from the event’s organisers. For this, it should be applauded. The move demonstrates that the most effective actions are often the building of soft connections rather than the construction of hard infrastructure.

Landscape architect Daniel Bennett says Port Adelaide could look to New South Wales’ Newcastle. This was a dead industry town slowly resuscitated by the people who find decay interesting – artists. After the success of Laneway, that potential future has never been clearer. It just needs to be grasped.