PAUL CECCHIN: Having been an apprentice at Holdens in the late 1970s and leaving the manufacturing sector in the early 80s, I had realised then that vehicle manufacturing in Australia was up for a rough ride.

When Japanese cars were arriving with all the mod/cons and car accessories cheaper than we could sell locally built cars in Australia during this time, I knew then the tide was turning. I remember the base model Belmont Kingswood being built at Elizabeth without even having an interior light, which was considered an optional extra.

It’s a sad ending but I also have some happy memories from my experience at GMH Elizabeth and Woodville plants.

DAVID O’NEIL: Re Holden closing, here’s a plan. Take the existing Holden ute body (a great looking vehicle) and sit it on a proven 4WD platform to sell as either a ute or a cab/chassis to the Australian mining and farm market. Keep it simple, strong and economical and it will sell in droves. Go back to the basic design principles that made the original Toyota Hi-lux such a winner.

Farmers don’t want all the bells and whistles but they do want reliability and toughness; something that all the 4WDs now coming out of Thailand lack. There’s a gap in the market that an Australian-built 4WD could fill.

JOHN BIGGS: I think that we should look at creating a South Australian car in the premises of Holden after GM has ‘pulled out’ of SA. The car should be something like a Mini Moke with a 4 cylinder engine that provides 5 litres or less per 100km. It should have either 2×4 or 4×4 in the one design. South Australians should be able to invest in the production of this vehicle, utilising new technologies and the input of SA car parts companies.

I believe that there is a real Aussie pride that will make us put money into such a venture. We just need a leadership that can glue all the inputs together. I, for one, would be up for this, as are some of my friends and work colleagues. The difference in the venture I suggest is that it would be based on the premise of ‘collective positive support’ rather than being a political agenda pawn – which is why it would work.

BRONTE ALLAN: Of course there would be an “extra” influx of people going to the casino – with the public-funded footbridge – because, if the public used this bridge it directed them past the casino (Adelaide Casino gets a footbridge boost, InDaily, 17 December 2013).

If this bloody expensive bridge is to justify its construction, then the casino should either pay for the damn thing, or at least make a very substantial payment towards the cost. The voters did not want this bridge, nor could “we” (or the Labor Government) afford to pay $40 million to build it. 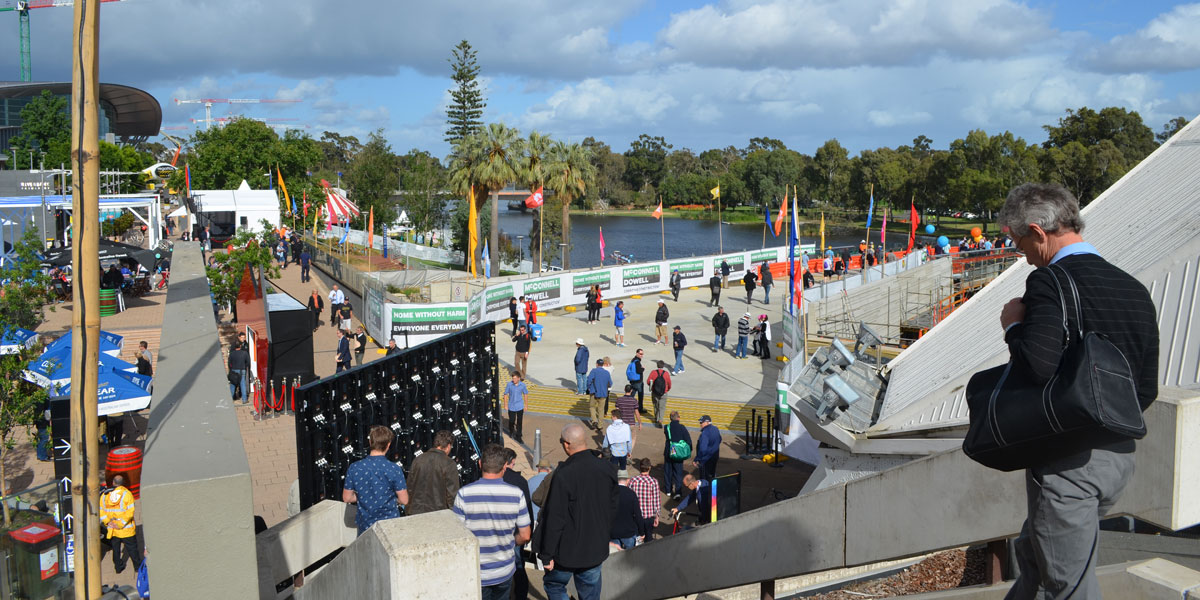 The Torrens footbridge on day one of the Adelaide Ashes test.

Fever Pitch by Nick Hornsby is the classic story of the trials and tribulations of the true fan through all the dark dismal days, if not years, with the occasional flash of glory.

Addicted by Tony Adams: staying on the Arsenal theme, its ex-captain (also of England) gives a no-holds-barred tell-all of the pressures and subsequent alcohol addiction that sportspersons face at the top of their game. A good read for all young sportspeople about how not to do it. Pity Lance Armstrong and a few NRL and AFL ‘kids’ didn’t read it.

Send us letters via email to indaily@solsticemedia.com.au, including your full name. The editor reserves the right to edit letters.