In Andrew Wallace’s opinion piece, Hindley Street: it wasn’t always this way, he asks: what do we want from the night?

For virtually everybody the answer to this question is simple – to enjoy ourselves. We want to socialise at a location of our choice without unnecessary restrictions being placed on our recreational time.

In his article, Wallace poses the question to the community. His answer, however, would differ greatly to that given by the many thousands of people who enjoy the diversity which Hindley Street has to offer and, in particular, those of a different age demographic.

The majority of those people over 55 and married are in bed by midnight and Hindley Street does not appeal to them. However, if you are between 18 and 45 and single then Hindley Street becomes a destination where you can meet your friends and make new friends.

The many thousand of visitors to Hindley Street don’t have a voice but they vote with their feet by visiting this entertainment precinct every weekend. It was designated a ‘tourist destination’ around 1987.

The West End of Adelaide, Hindley Street in particular, is the heart and soul of our city when it comes to night time entertainment. Just ask any of those who frequent the precinct on a Friday or Saturday night. It is Adelaide’s answer to New Orleans’ Bourbon Street, or Las Vegas’ famous hotel strip. It is the place to celebrate birthdays and bucks’ and hens’ nights, to rendezvous with friends, to enjoy the night life and have fun. Offering varied and safe venues, it is the best place to celebrate any occasion, large or small. And it’s the place Adelaideans recommend to tourists who are looking for a place to enjoy a night out in our city.

Hindley Street in the only precinct of its kind in SA – it’s “Entertainment Central”. And, despite what Mr Wallace may have you believe, it is indeed both loved and enjoyed by those who frequent it. Why, otherwise, would so many visitors, of all ages, flock to the street when they want to enjoy themselves?

Arguably, it is the only bright spark in a city of dimming lights. South Australia, deservedly or not, has earned itself the reputation of being the “backwater state”. Both young and old alike share this sentiment. It is our young people, though, that are fleeing the state in droves, moving to more forward-thinking, thriving and engaging cities. It is an exodus which creates negative ramifications for our ageing populous. The secret to luring the young people back? All suggestions over the years from city planners to political strategists have pointed to the same solution – make Adelaide a more vibrant, engaging city.

However, they all forget that what creates a vibrant city is the people and not buildings. Our Premier certainly seems to agree, making the creation of a vibrant life in our inner-city a priority of his cabinet. This initiative is endorsed as a vote-winner, particularly for members of the younger demographic.

Why then, when the aim to revitalise Adelaide is of such importance, would our State Government make the counter-productive and backward move of introducing the recent liquor licensing laws – laws that effectively shut down the very heart of our city and create a ‘ghost town’ ?

How are we going to enhance our city’s reputation as a tourist destination, a place worth visiting, if we persist on imposing draconian restrictions which will only deter visitors and drive residents away?

These oppressive laws came into effect on October 1. Despite being introduced on a long weekend (with many residents out of the state – presumably having travelled to cities where their liberties are not infringed upon) many venues reported dealing with angered patrons who were caught off guard by having their night out cut short.

These laws, introduced in an ill thought-out attempt to curb alcohol-fuelled violence, have already caused the opposite to take place. The following Saturday night alone resulted in six arrests for disorderly behaviour. Visitors to Hindley Street told reporters what should have been obvious to legislators, that the laws will anger people, will fail to stop drunken violence and will, in fact, likely cause the opposite effect.

The legislation has further negative ramifications for our state. Beyond increasing violence and impacting on our economy, they’ve also resulted in the loss of jobs in our hospitality industry.

Our state is now facing a reduction in employment opportunities, residents and tourists being prohibited from visiting venues, a dramatic increase in the cost to enter a venue (necessary to counteract losses) and, yes, more violence on our streets. Is this Mr Weatherill’s idea of “vibrancy” or is there a ‘hidden agenda’? 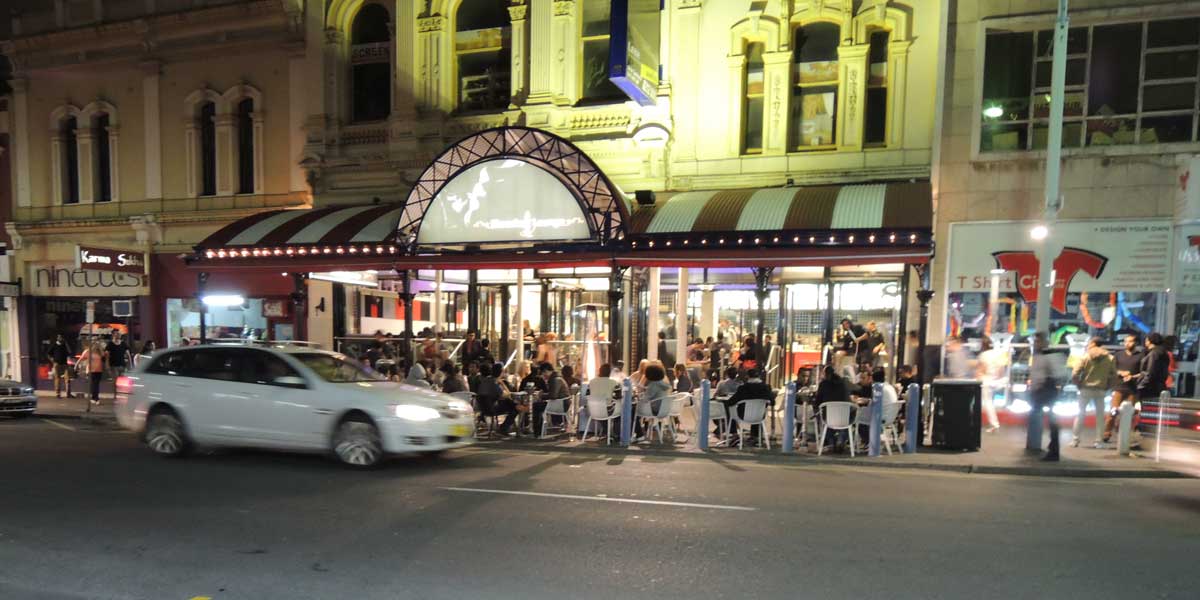 What makes the passing of this legislation even more confounding is the failure of such moves interstate. Sydney in particular, was only able to tolerate similar restrictions for approximately eight weeks, as the new laws there served only to increase alcohol-fuelled violence. The NSW authorities will confirm that the lockouts fuelled a dramatic increase in violent incidents as fights broke out in overcrowded bars and people tried to jump queues.

Mr Wallace believes that legislation which unfairly targets our main entertainment precinct is appropriate. Yet he also suggests that we should try to emulate Sydney with regards to the structure of their entertainment industry. How are we going to enhance our city’s reputation as a tourist destination, a place worth visiting, if we persist on imposing draconian restrictions which will only deter visitors and drive residents away? Surely, if we are to follow Sydney, we should start by repealing this new legislation!

Mr Wallace also seems to think that the current exemption granted to the Casino is warranted. Why? Has he stopped to consider that not all patrons want to gamble or, importantly, that everyone should have the right to enjoy ALL venues? The city is a common ground for visitors. They should not be directed away from a much loved part of it. Residents of Adelaide and our many tourists should be able to enjoy Hindley Street and all it has to offer without being subject to onerous restrictions, without being told when they should go home to bed and to make their own choice which venue they’ll visit..

On Saturday morning after 3.00am Hindley Street resembled a ‘ghost-town’ but down at the Casino there was a line-up at 3.15am. That’s sad and disappointing. We should be working to keep the whole of Adelaide alive.

Really, it’s as easy as asking yourself; “what do you want from the night?”

Tony Tropeano is a lawyer, nightclub owner and spokesperson for the West End Traders Group that consists of more than 50 traders.