Today, The Outsider reveals the wealthy benefactor who liked the Art Gallery’s Melrose Wing so much, he wrote a cheque virtually on the spot. We also consider free grog, fluid party affiliations, blitzes that aren’t blitzes and asks: what do Adelaide’s roads have in common with the Tardis?

Adelaide arts circles are abuzz with news of a substantial donation to the Art Gallery of SA from a prominent interstate benefactor.

The word is that Sydney businessman and philanthropist Tim Fairfax recently walked through the rejuvenated Melrose Wing of European art at the Art Gallery of SA.

Like many locals, he was apparently very impressed by the thematic mix of works, spanning centuries and styles.

So impressed was he that, virtually on the spot, he donated $500,000 for the wing’s further development.

The official announcement is supposed to be soon, but The Outsider likes to get in early with our congratulations.

On the public teat

The list of credit card spending by senior public servants and pollies, published by The Advertiser today, is more dull shopping list than daring exposé.

Journos love to shine a light on the excesses of politicians such as, you know, money spent on drinks to celebrate the winter break at Parliament.

Funnily enough, they never seem to record the fact that much of the taxpayer-funded booze slides down the throats of members of the fourth estate.

Nor do they mention the “exclusive dinners” attended by journos and paid for by politicians. 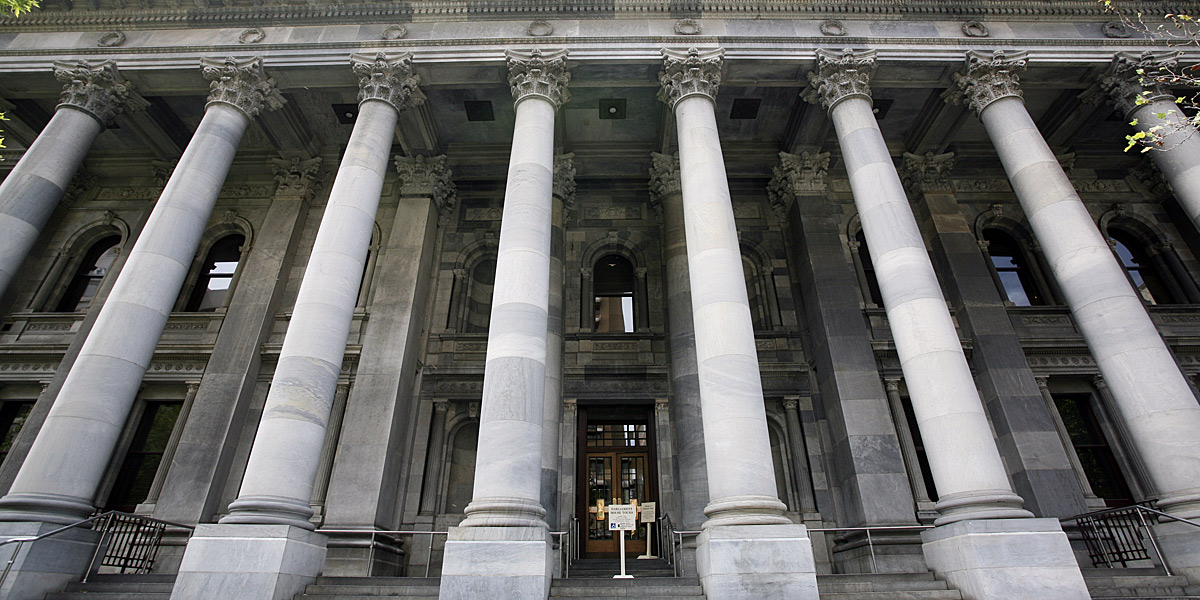 Things that make you go hmmm

We sometimes forget that Cory Bernardi was actually the Liberal Party’s number one Senate candidate at the recent federal election.

Bernardi himself, in one of his recent online audio statements, has indicated no displeasure with Day’s election, in addition to the elevation of Clive Palmer candidates and the Motoring Enthusiast Party’s sole representative-to-be, Ricky Muir.

In fact, Bernardi gives every indication that these candidates are a welcome addition.

“Some Australians have spent years voicing their distaste for the major parties and their desire for more diversity of party representation in the Senate,” he says. “This election’s results have given them that diversity.”

Bernardi wraps it up like this: “I suspect it’s going to be in the national interest.”

This morning, Fairfax media is reporting that Palmer is threatening to block all the Abbott government’s legislation – even measures he supports such as scrapping the carbon price – unless his party gets more staff and resources. 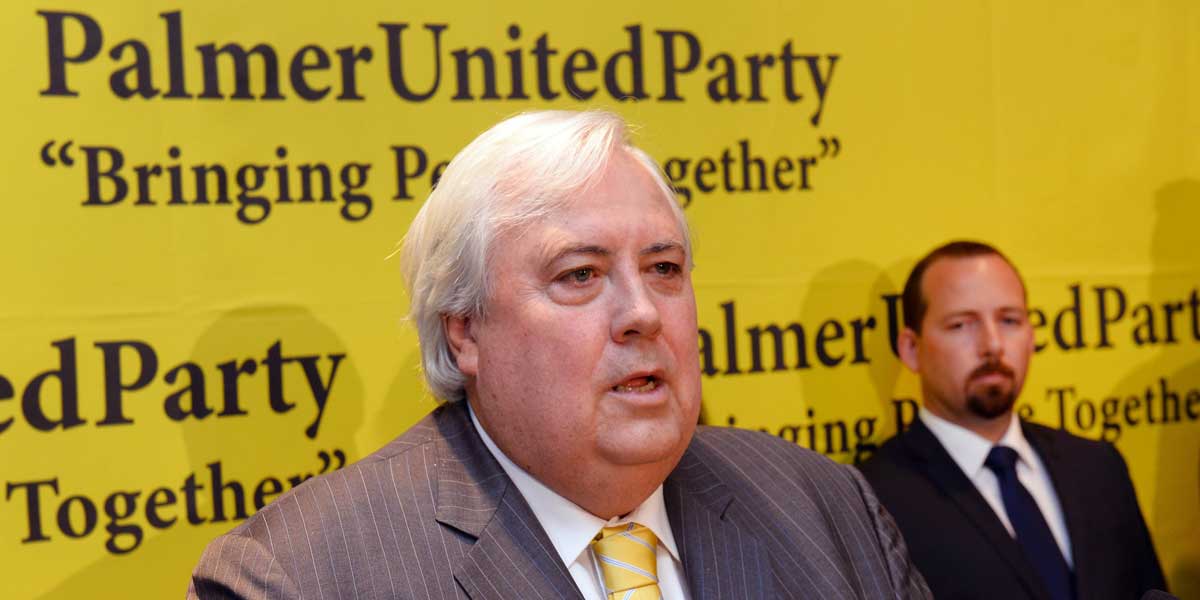 “Good for democracy”: Clive Palmer with Ricky Muir, from the Motoring Enthusiasts.

Normally, this column wouldn’t reference a media release (unless, of course, it had some sort of heinous mistake in it).

No, we leave that to the major newspapers (who usually publish them virtually verbatim with a big fat “Exclusive” tag).

But the eagle-eyed boys in the Liberal media team took time out from Twitter this week to point out, via media release, a moment of exquisite narrative discord in the State Government’s media day.

Transport Services Minister Chloe Fox on Wednesday had a rather combative interview with FIVEaa’s Leon Byner about safety on the buses.

After knocking the rhetorical ping-pong ball back and forth with Byner, she eventually exclaimed: “It’s not just something that you do a blitz on.”

This upright online organ published it on 26 August.

Is Adelaide a giant Tardis?

Adelaide continues to be convinced that its magic roads can accommodate any amount of vehicular traffic.

The story so far: Adelaide people believe that we should be able to drive our cars anywhere, anytime, to any place, within a timeframe of 20 minutes, and park for less than the cost of a cappuccino for as long as we like, and then return home in time for tea, unimpeded by road works, events, buses, cyclists, pedestrians or any other evil interloper in our hermetically sealed, yet infinitely voluminous,world.

Any attempt to encourage the use of other modes of travel is a blasphemy to us. Which is why Stephen Yarwood comes across as a John the Baptist type, living on a diet of park lands locusts and crying to the wide skies about preparing the way for treadlies.

This week the Property Council produced an “independent report” it had commissioned into the impact of the Government’s proposed car park tax (which, for Adelaideans, is like taxing our mother’s love).

To sum up the report’s bottom line: a car park tax won’t work in Adelaide because you couldn’t pay us to use public transport.

The Government plans to spend the proceeds of the car park tax building car parks (they call them “park and rides”). 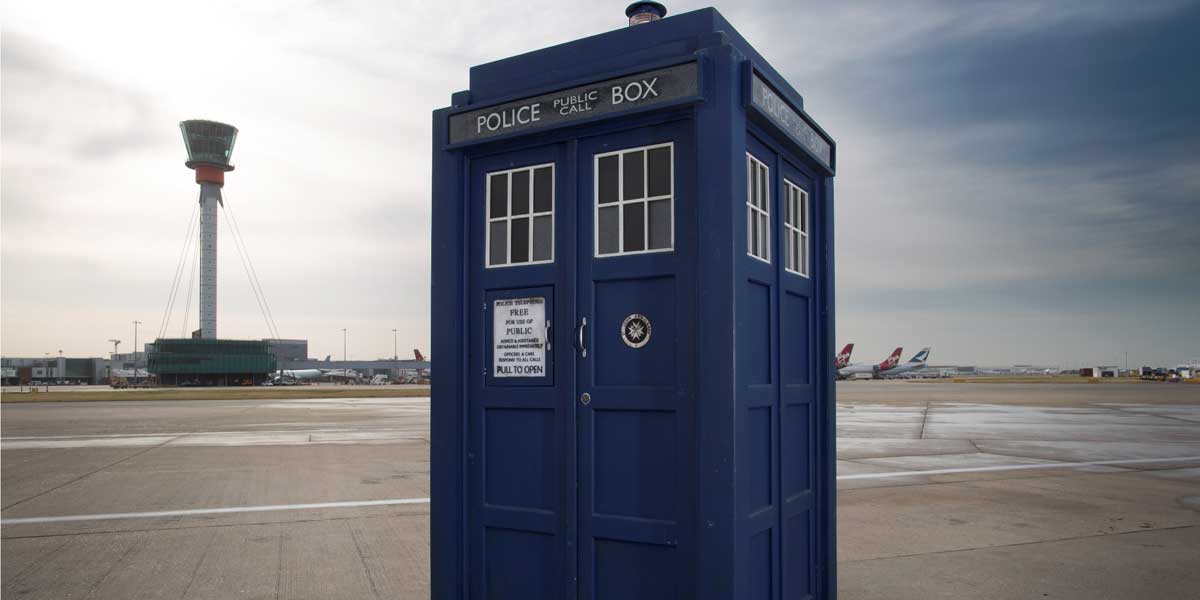 Are Adelaide roads “bigger on the inside”?

The State Government’s chief executive of everything, Rod Hook, has been quietly appointed Rail Commissioner for a five-year term.

The appointment holds true to transport minister Tom Koutsantonis’s comments to InDaily in August, when we revealed that public transport boss and rail commissioner Emma Thomas had quit after just over a year on the job.

“I think she’s that hard to replace, we might just put Rod (Hook, department CEO) back in charge,” Koutsantonis said at the time.

Thomas, meanwhile, has landed herself a promising (and probably less troublesome) gig.

She’s been appointed project director of Capital Metro – the project to build Canberra’s first light rail line, from Gungahlin in the northern suburbs to the city.