For many years, I have enjoyed and respected the work of British journalist, author and environmentalist George Monbiot. For a while, the tag line that accompanied his blog was this:

I liked it. It spoke to something important. Endlessly self-reinforcing conversations may be fun for dinner parties with our friends, but they rarely play a role in moving the world to a better place. That requires much tougher conversations.

So it was with interest that I noted Monbiot’s gradual change in his longstanding opposition to nuclear power. It had much in common with my own journey.

I wasn’t very old when it began, just in my mid 20’s. I had already chucked in a perfectly solid career as a health professional to embrace sustainability as my new opus. I went in on the back of some inspirational reading, most notably North American sustainability stalwarts David Suzuki, Amory Lovins and Joe Romm. I made it through a Masters in Corporate Sustainability and into consulting, consumed all the way with a conviction that energy efficiency, sustainable production and consumption and renewable energy were going to grind unsustainable practices out of business.

Well, reality bats last and it was waiting for me as I specialised in climate change. As I embedded myself in information about climate science, energy, populations and economies, I grew despondent. It was clear that the challenge we faced in the climate change/energy nexus was not going to be remotely troubled by the Holy Trinity of green-approved solutions in energy efficiency, renewable energy and carbon trading and offsetting. All have much to offer. None, alone or together, could overcome the momentum of development, especially with legions of people forging better lives in developing nations. The strategies and ideas of my new profession were the presumption of making dirty energy expensive. The idea has merit but if isolated it brings huge political cost. We were missing a greater focus on providing clean energy that is plentiful, reliable and cheap.

I was badly stuck. Career number two was coming unglued under the weight of cognitive dissonance. The problem did not just beat my solutions. It squashed them and barely noticed.

That’s when the words of one of my student colleagues (not coincidentally a Frenchman) paid me a return visit. He had said “I don’t know why you make it so hard here. We just used nuclear power. If everyone had we would be clean, and all driving electric cars!”

I had ignored him at the time. Obviously, my brain had filed it under “Existential Sustainability Crisis”. With a quiet curiosity I set about to decide whether an answer might lie in the energy source I had not just ignored, but actively demonised. 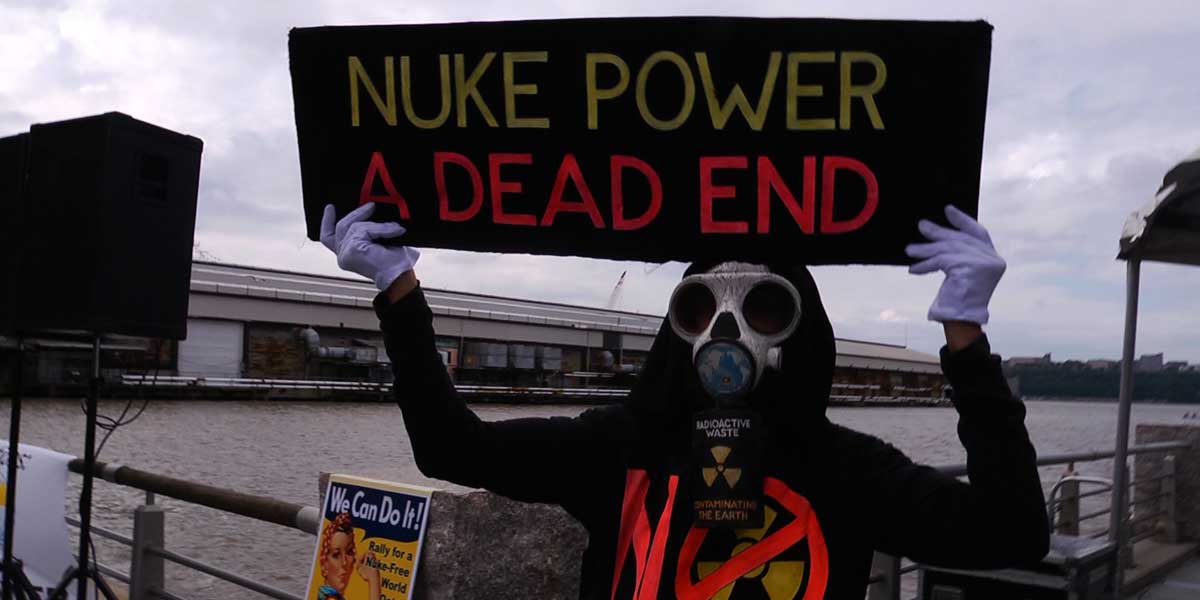 An anti-nuclear protestor in the film, Pandora’s Promise.

A few years later I had my answers and they shamed me. Applying the same brand of scrutiny to this issue as I had to learning about climate change, I discovered that basically everything I thought I knew about nuclear power was wrong. It was undoubtedly the greatest single tool available to us in the fight against climate change, and my country had outlawed it. I was compelled to share what I had learned for a simple reason. Australia needs significant deployment of nuclear energy to respond adequately to climate change. Little else will do more than nibble the edges of our gross dependence on fossil fuels.

This pathway has been a fascinating journey. I have, at times, discovered what Monbiot meant about being hated for telling people something new. One of the many upsides is I have met some amazing people, including Academy-nominated film director Robert Stone. Robert and I clicked on an important point: planning climate change action on the presumption that people will not support nuclear energy is a mistake. We can bring people with us on this issue. I have learned this to my delight as I have been all over the country speaking to thousands of Australians. What I craved though was a way to scale up this effort, reach more people, and start a bigger conversation.

That’s why Robert’s new film, Pandora’s Promise, is so important. It brings the requisite scale to the most inconvenient of truths. It is those of us who have been championing the cause of our climate who must change our views on nuclear if we are to achieve the outcomes we seek. 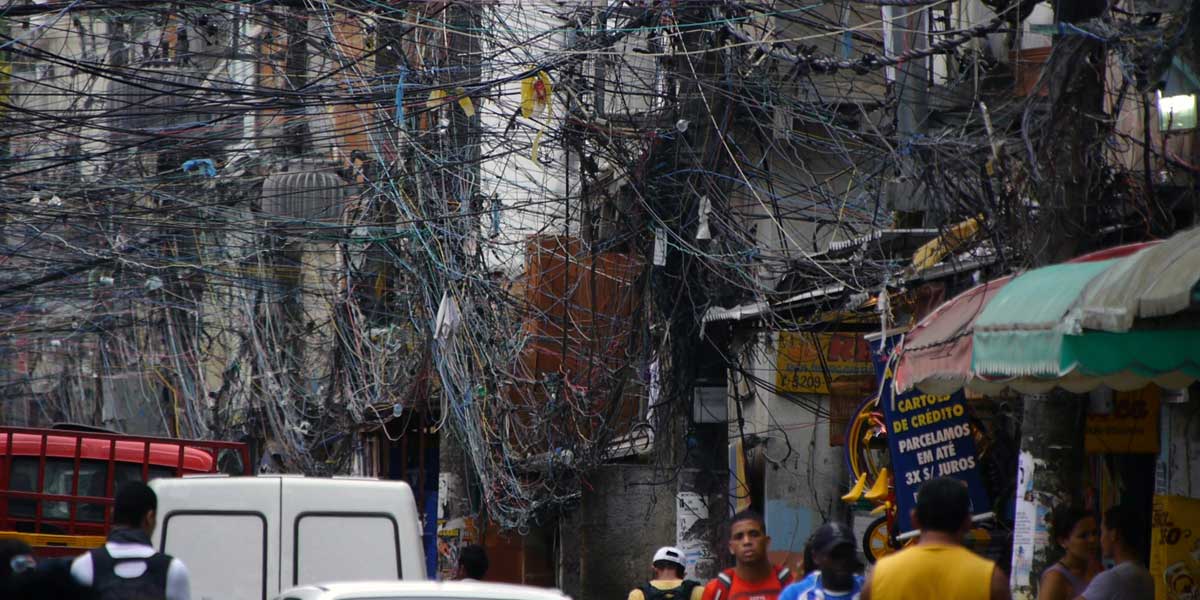 A tangle of powerlines in Brazil. From the film, Pandora’s Promise.

They say truth hurts. It certainly did for me. Truth also sets us free. I relinquished an ideological opposition to nuclear power in exchange for an evidence-based understanding of it. This has been the most empowering step in my sustainability journey. I’m no longer about fighting. I’m about winning. I know we can win this, and make the world better than ever on the way.

George Monbiot, now a vocal proponent of the inclusion of nuclear energy in our climate change response, carried another tag line on his blog for a while, from Finley Peter Dunne: “Comfort the afflicted and afflict the comfortable”.

Our environmental movement has grown comfortable and self-serving in its opposition to nuclear. In doing so it has ceased to serve us faithfully on the challenge of climate change. Please, see Pandora’s Promise. Be discomforted, and be freed.

A screening of Pandora’s Promise at the Mercury Cinema tomorrow, including a Q&A with director Robert Stone, has sold out.

The organisers are hoping to hold another screening in Adelaide.

Send us letters via email to indaily@solsticemedia.com.au, including your full name. The editor reserves the right to edit letters.