Cohen, 51, made the statements as he pleaded guilty to eight criminal charges in federal court in Manhattan, including tax evasion, bank fraud and campaign finance violations.

Cohen did not name Trump in court, but his lawyer, Lanny Davis, said afterward he was referring to the president.

“Today he (Cohen) stood up and testified under oath that Donald Trump directed him to commit a crime by making payments to two women for the principal purpose of influencing an election,” Davis said in a statement after Cohen’s plea.

“If those payments were a crime for Michael Cohen, then why wouldn’t they be a crime for Donald Trump?” he said.

Today he stood up and testified under oath that Donald Trump directed him to commit a crime by making payments to two women for the principal purpose of influencing an election. If those payments were a crime for Michael Cohen, then why wouldn't they be a crime for Donald Trump?

The two payments were intended to silence two women who claimed to have had affairs with Trump and were made prior to the 2016 presidential election. One was for $US130,000 given to adult-film star Stormy Daniels. The other for $US150,000 related to former Playboy model Karen McDougal.

Trump has denied having affairs with the women. His lawyer Rudy Giuliani has said the payments were made to spare Trump and his family embarrassment and were unrelated to the campaign.

Cohen, one of Trump’s closest associates for more than a decade, said in court he arranged to make payments “for (the) principal purpose of influencing (the) election” at the direction of a candidate for federal office.

“He worked to pay money to silence two women who had information that he believed would be detrimental to the 2016 campaign and to the candidate,” said Robert Khuzami, a prosecutor for the Manhattan US Attorney’s Office.

Khuzami told reporters Cohen sought reimbursement for the money by submitting “sham” invoices for legal services to the candidate’s company.

A judge declared a mistrial on 10 other counts the jury could not agree on.

The jury returned the decision after deliberating four days on tax and bank fraud charges against Manafort, who led the Trump election effort during a crucial stretch of 2016.

Manafort, who appeared jovial earlier in the day amid signs that the jury was struggling in its deliberations, stared intently at the panel as the clerk read off the charges. He stared down blankly at the defence table, then looked up, expressionless, as the judge finished thanking the jury. 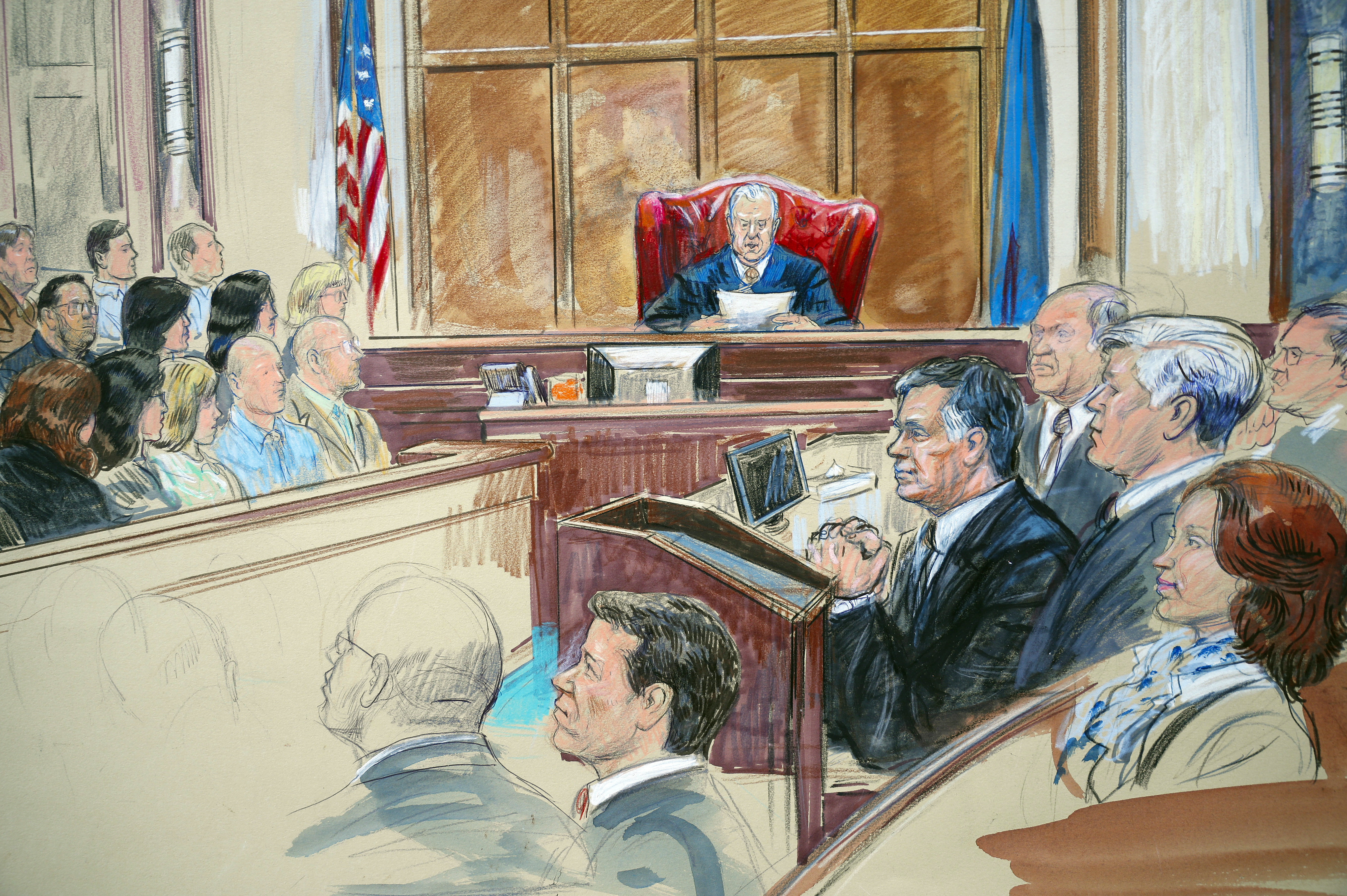 Manafort was found guilty of five counts of filing false tax returns on tens of millions of dollars in Ukrainian political consulting income. He was also convicted of failing to report a foreign bank account and of two bank fraud charges that accused him of lying to banks to obtain millions of dollars in loans after his income dried up.

The outcome, though not the across-the-board guilty verdicts the prosecutors sought, almost certainly guarantees years of prison for Manafort. It also appears to vindicate the ability of special counsel Robert Mueller’s team to secure convictions from a jury of average citizens despite months of partisan attacks – including from Trump – on the investigation’s integrity.

The verdict raised immediate questions of whether the president would seek to pardon Manafort, the lone American charged by Mueller to opt for trial instead of cooperate. The president has not revealed his thinking but spoke sympathetically throughout the trial of his onetime aide, at one point suggesting he had been treated worse than gangster Al Capone.

The trial, presided over by the colourful and impatient US District Judge TS Ellis III, captured Trump’s attention as he sought to undermine Mueller’s investigation through a constant Twitter barrage and increasingly antagonistic statements from his lawyer-spokesman, Rudy Giuliani.

But the Trump campaign comprised but a fraction of the trial as jurors instead heard detailed and sometimes dull testimony about Manafort’s finances and what prosecutors say was a years-long tax-evasion and fraud scheme.

Manafort decided not to put on any witnesses or testify himself. His attorneys said he made the decision because he didn’t believe the government had met its burden of proof.

Manafort’s defence team attempted to make the case about the credibility of longtime Manafort protege Rick Gates, who served as the government’s star witness. They attacked him as a liar, embezzler and instigator of any crimes as they tried to persuade jurors that Manafort didn’t willfully violate the law.

The president, who was addressing a rally in West Virginia as the Cohen and Manafort cases played out, did not address them directly but typically railed against “fake news and the Russian witch hunt”, asking: “Where is the collusion? They’re still looking for collusion.”