Global financial markets plunged as results from the “Brexit” referendum defied bookmakers’ odds to show a 52-48 per cent victory for the campaign to leave a bloc Britain joined more than 40 years ago.

The sterling suffered its biggest one-day fall of 9.4 per cent against the US dollar on market fears the decision will hit investment in the world’s 5th-largest economy.

The vote to leave also raises questions over London’s role as a global financial capital and ushers in months of political limbo.

The euro slumped nearly 4 per cent against the US dollar on concerns a ‘Brexit’ vote would do wider economic and political damage to what would become a 27-member union. Investors poured into safe haven assets including gold, and the yen surged.

In an early mark of international concern, Japan’s top currency diplomat Masatsugu Asakawa said he would consult with Finance Minister Taro Aso on how to respond to the market moves, describing the foreign exchange moves as very rough.

Yet there was euphoria among Britain’s eurosceptic force.

“Dare to dream that the dawn is breaking on an independent United Kingdom,” said Nigel Farage, leader of the eurosceptic UK Independence Party.

He called the EU a “doomed project”.

Asked if Prime Minister David Cameron, who called the referendum in 2013 and campaigned to stay in the bloc, should resign if Britain voted for Brexit, Farage said: “Immediately.” 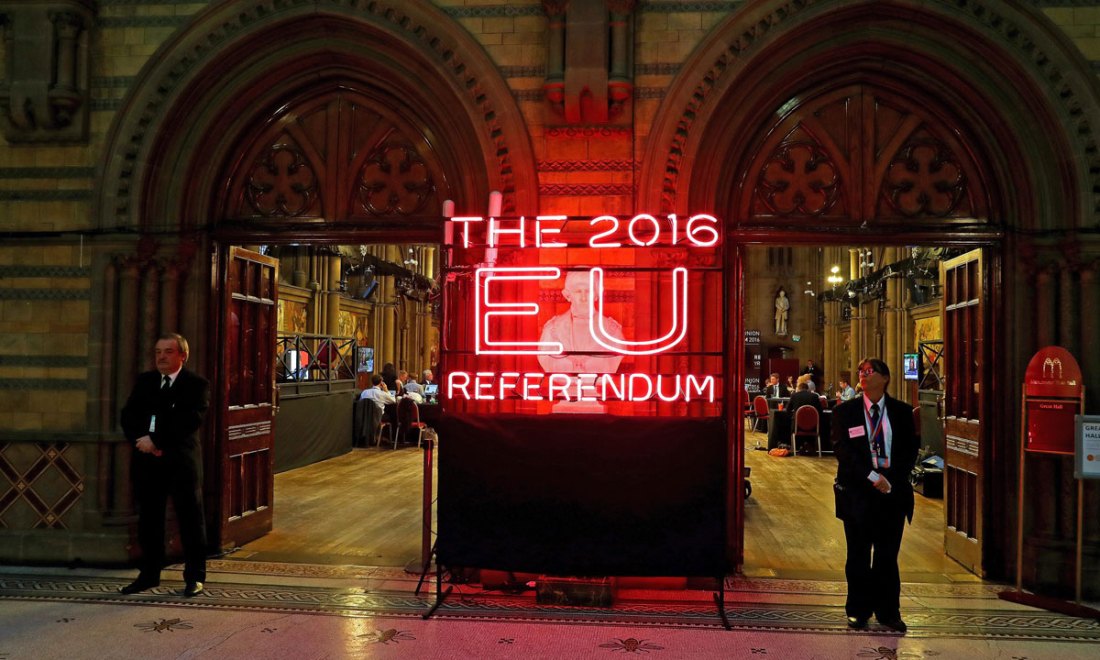 Quitting the EU could cost Britain access to the EU’s trade barrier-free single market and mean it must seek new trade accords with countries around the world. President Barack Obama says it would be at the “back of a queue” for a US pact.

The EU for its part will emerge economically and politically weakened, facing the departure not only of its most free-market proponent but also a member country that wields a UN Security Council veto and runs a powerful army. In one go, the bloc will lose around a sixth of its total economic output.

Cameron is expected to formally report the result to his European counterparts within days and prepare negotiations for the first exit by a member state from the EU – an exit he has said would be irreversible.

The British leader called the referendum in 2013 in a bid to head off pressure from local eurosceptics, including within his own party. Initially billed as an easy ride, the vote has now put his political future on the line. Party ally Boris Johnson, the former London mayor who became the most recognisable face of the “leave” camp, is now widely tipped to seek his job.

Opinion polls had see-sawed throughout the four-month campaign, but the Remain camp edged ahead last week after a pro-EU member of parliament, Jo Cox, was shot and stabbed to death.

In the end though, the pro-EU camp was powerless to stop a tide of anti-establishment feeling and disenchantment with a Europe that many Britons see as remote, bureaucratic and mired in permanent crises.