The Night of Jazz event – at the Scott Theatre on July 28 – functions as a celebration of the emerging jazz talent in South Australia, while also pairing our state’s brightest with the experienced chops of a jazz great. In 2022, that elder of jazz is the incomparable Vince Jones.

This role of mentor is one that Jones takes very seriously, regularly bringing young musicians into his band to share in an exchange of energy, ideas and experience. With more than 40 years of performance and musical experience behind him, he will also be running an exclusive masterclass for current students and alums from the Elder Conservatorium in the days before the gig.

In anticipation of the event, one of the emerging musicians set to make up Jones’ band on the night, drummer Miles Farnan, spoke with him via a phone call (with honking goose in the background) to his New South Wales property. Their chat ranged from the impact of Spotify on music, to Adelaide audiences, to biodynamic farming. Here is a snippet: 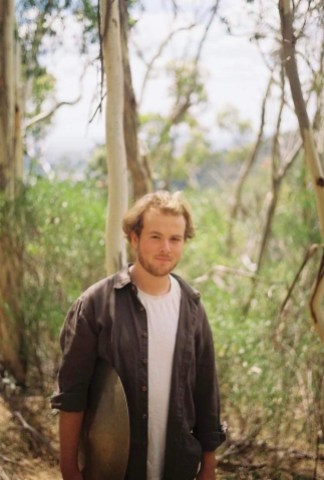 Miles: How are you expecting the show to go? Have you got a plan in terms of some different songs you’re going to bring?

Vince: It will be a mix of songs that I like to perform and songs that I’ve written. It will be nice to include a couple of original ones, old and new, and maybe a couple of standards with the graduate band. The kids, that’s how they learn. They play with their elders and away they go, you know?

Miles: Who’s piqued your attention now in the Australian scene that you’re keeping tabs on – someone young and up-and-coming?

Vince: Well, that COVID knocked around everybody, particularly live music. Jazz is a live music, and we haven’t been able to do it, but it’s picking up again now, and there are some wonderful players. Julien Wilson is a beautiful tenor player and a songwriter. There are some beauties out there, but I’m still working with Paul [Grabowsky] and still trying to make music, original music that I can consistently release so that young players can hear Paul and myself play. As a jazz musician, it’s perpetual. You can’t stop. You just keep going and going until you drop, pretty much. A lot of them die on stage, you know?

Things were different 20, 30 years ago – a lot more people went out to gigs. And Spotify wasn’t around. I’m hoping that iTunes, [and] Spotify doesn’t kill any original music, because if it’s driven by the listener, it may well do so. The listener’s always going to take the stuff they know – or not always, but mostly [they] look for stuff they know. Whereas you would [previously] buy an album, listen to it cover to cover, and it slowly grows on you. You know what I mean?

Miles: I still buy records and there are definitely ones in my collection that I didn’t even like when I first put them on and now, they’ve really grown on me. What were some of your formative albums you grew up listening to?

Vince: Well, you’d remember that feeling of buying an album, going, ‘Oh, God, that’s just a bit weird’, and then after a few months listening to it, it really gets in your soul. A lot of the Miles Davis albums were like that for me. I found them difficult, like strange new food coming into my life. Then slowly, even Bitches Brew [Miles Davis’s album released in 1970], I can’t believe how interesting that record is still to me when I go back to it. Coltrane’s stuff? God, it’s like someone throwing paint at a wall.

Vince: Yeah, and then you hear it a bit and you go, ‘Ah, just check out that. So beautiful’.

Miles: What was it like being a touring musician back in the day?

Vince: I used to tour Europe on those festival circuits 20 days a year. It was bizarre. Fourteen different countries, 18 different cities, 18 gigs. And you’re back in the plane [flying] back home and we used to do that every year. You’re working every night because it’s too expensive for the agency to give you a night off.

Miles: Woah, that’s wild. There’s one of your song’s lyrics that stuck out to me: ‘Natural foods are the best, so when you’re able, read the label’. Do you have a small plot of land that you cultivate?

Vince: Yep – 10 acres. I’ve got a little food forest here. Everything that I can do is biodynamic, all organic. I take snippets from everything.

Miles: So, this is my long-bow question. I’m wondering if there’s a relationship between that and the wellbeing that that creates – the whole ecosystem functioning together to create really nourishing food – and jazz and improvisation. Putting different players together to create something really organic in the moment.

Vince: That’s an interesting point. I think you’re right. Certainly, your heart connecting to the earth as much as you can also connects to the spirit of individuals and the artists amongst you.

Are you suggesting that the band become a permaculture band? It could be right. I’ve never actually sat down and worked it out; thought of putting a band together for any other reason than the adjoining of the individual spirits and hearing how they would sound together. I think Miles [Davis] and a lot of the jazz musicians, they think that way. Coltrane picking everyone from Don Cherry to Donald Byrd to Lee Morgan, and he knew the colours they could provide to that ensemble. What a lovely way of thinking. Yeah, good question.

Miles: Thanks. I was wondering about your reflections on playing for Adelaide audiences.

Vince: It is always a wonderful audience – [there’s] respect and participation. It is such a good place to play, so we kept coming back. Must’ve done 50 gigs there over the years. It’s great, and you put that into the community, and they pay you back by coming to the gigs, which is wonderful. I think I got my first release there. A song called ‘Blues’ first released in Adelaide on an EP.

Miles: Finally, why do you feel it’s important for professionals like yourself to really share their experience with the young generations coming through?

Vince: As a young player, I was very fortunate to be in the company of other mentors. If I can pass on what’s been passed on to me, it’s a natural progression. It’s something that I have to do as a human being. My band’s had probably 50 to 100 players through it over the years and all different shapes of music would come forth, so I can offer some information to the younger players on how to keep their band alive and progressing and the importance of original music.

Tickets ($40 + booking fee) are currently on sale (here) for A Night of Jazz with Vince Jones on Thursday, July 28, at the Scott Theatre, University of Adelaide. Doors open at 6pm.