It is a good time to be changing jobs, but it is not just the bigger salaries that are attracting and retaining the talent.

Whether a welcome by-product of COVID’s existential searching, or influenced by millennials’ general disregard for the ‘old way’ of doing things, values alignment is one of the things employees and employers are respectively looking for and touting.

Lumination is an Adelaide company pioneering the use of immersive technology (think AI, VR and AR) to revolutionise teaching, learning and work.

Its head of people and culture Phil Williams says his company has not “necessarily been affected” by the Great Resignation and has instead been retaining talent and expanding.

“I think there are a few important pillars to what has come out … in relation to the Great Resignation. Some of the common themes [are] organisations not aligning with [an employee’s] purpose. Or perhaps the organisation’s benefits or schemes that they offer to employees are not attractive any more,” says Williams.

To attract people who are aligned with Lumination, Williams says they “embed” the company’s mission, values and guiding principles into the hiring process.

“We’ll get people to focus on solving a task and then presenting that back to us to showcase their passion. We found that to be really successful in [attracting] the right talent for us,” he says.

Putting an emphasis on meaningful professional development is one way Lumination is keeping its people engaged and happy at work.

“We offer employees up to $5,000 a year to spend on professional development. And it’s actually what we do with that budget that counts,” he says.

“We have meaningful conversations with our employees around their development planning, and how they can use that budget. That’s something we found has really helped us in terms of retaining and developing our talent.”

This upswing in training is something Harrison McMillan managing director Dani Cuff sees within the companies that her specialist recruitment firm works with.

“It’s not just for MBAs. There are a lot of offers going out for people to train in things that aren’t even related to their job,” says Cuff.

She gives an example that is close to home: one Harrison McMillan employee is now working part-time while doing a degree in graphic design.

“She’s been doing HR for years, but it’s not her lifelong passion. Instead of her leaving us, she’s gone back to study while working point-six.

“We know we’ve probably only got her for another two years. But that’s two years more than before when she was ready to go and try something new.”

It makes financial sense to enable staff career breaks and flexibility when, as Cuff points out, the cost of replacing someone is around forty to fifty per cent of the salary on offer.

“If you hire someone on $100,000, it’s going to cost you fifty thousand before you get any return on investment,” she explains.

She says companies are becoming more pragmatic, viewing this flexibility as akin to parenting leave. She mentions a government client whose human resources business partner was supported to follow an interest in IT. The person now works point-four in IT and the rest of their time in HR.

Money can also ‘speak’ volumes about a potential or current employer.

Remuneration has risen by around twenty to thirty per cent in the last twelve months, and Cuff says she knows of “a lot of organisations that are boosting people’s salaries even before they resign”.

As a scale-up company, Lumination offers an employee share plan. It also has a public holiday swap option to support inclusivity. However, Williams reiterates the importance of having a shared purpose and communicating the company’s unique differentiator.

He says, “For us, it’s particularly focused around student outcomes, the integration with the Australian curriculum and having an impact on the future of education.”

VALO is another Adelaide scale-up that seen a significant expansion of its team recently. In the last eighteen months, it has grown from four to twenty-two employees.

Chief operating officer Penelope Bettison says the team at VALO are using culture to position themselves as an employer of choice.

“Aaron, our founder and CEO really leads from the top and is passionate about fostering a really powerful culture,” says Bettison. “For us, that means really investing in the people that we have within the business. “

She talks about their structured onboarding process being important.

“People are empowered by the technology [used in the process],” she continues. “But we’re also integrating them into the team and making sure that they have some really solid time with each of the executive leaders.

“They know our door is always open, and they have a voice and they can understand our business from a strategic level the minute they walk into the business.”

A few months ago, everyone at VALO underwent training through Zone Culture to ‘get into the zone’ and enable peak performance at work and greater collaboration. Now every new hire also undertakes the culture training.

The company also holds its own fortnightly ‘lunch and learn’ sessions.

Bettison says the company is proving attractive to potential employees because of its advanced manufacturing and its sustainability focus. That employees can also opt to join their Tesla fleet is also “something that gets people’s attention”.

Again, she comes back to culture and attitude, saying even with a skills shortage they “won’t take on talent just because it’s available”. Potential hires need “the right attitude to join our business; skills alone won’t answer it”.

This alignment is a two-way street and Harrison McMillan’s Cuff says the first interview is now “more about selling the company and its culture”. 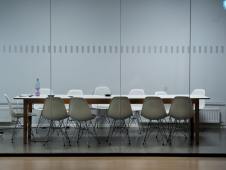 More than a winter of discontent

She says marketing videos from the CEO or members of the executive team, employee value propositions (EVPs) and microsites are now being used to communicate this – and they are having an influence on candidates.

So, what happens when someone, regardless of everything you offer, decides to leave your company?

Cuff says it is important to do exit interviews, immediately and a few months later.

“When somebody’s leaving, they can temper their feedback, because they don’t want to leave a sour taste,” she explains.

“When you call them three or six months after they left, they will probably give you more honest feedback because they’re in a different environment [where] they’ve passed their probation.

“It’s also a great time to check in to see if the grass was greener… and let them know the door’s always open if they want to come back.”