Fabricated at George Street Studios, under the mentorship of Louise Hassleton and Tony Rosella, the sculpture was dreamt up by the team of artists as they wandered the streets in the western suburbs looking for inspiration.

“We kind of landed on the Hills Hoist after going for a walk,” says Rogers. “I think we were, like, looking over all the fences and looking for the ties between the gardens and something repetitive in the landscape. And that was it.”

Rogers, who lived in the western suburbs during the inception of the work, says that at any given moment you can peer over the fence of your neighbour and see that quintessential aspect of Australian domesticity – people hanging out their laundry.

“It’s a symbol of that daily process of domestic life… it doesn’t matter where you come from, you have to do washing.”

Oakey says the team was also inspired by Australia’s history of destination landmarks, with the visual artists hoping to create a distinctly South Australian icon for the West End of town.

“We kept going back to the big icons of Australia, like the Big Banana, the Big Koala, the Big Galah. We kind of wanted to create something like that in the West End,” says Oakey.

Bellosguardo adds: “We wanted to honour the past, in a sense – our nostalgia for the Australian dream – by maintaining a piece of South Australian history, the Hills Hoist, as a beacon in the urbanised cityscape.” 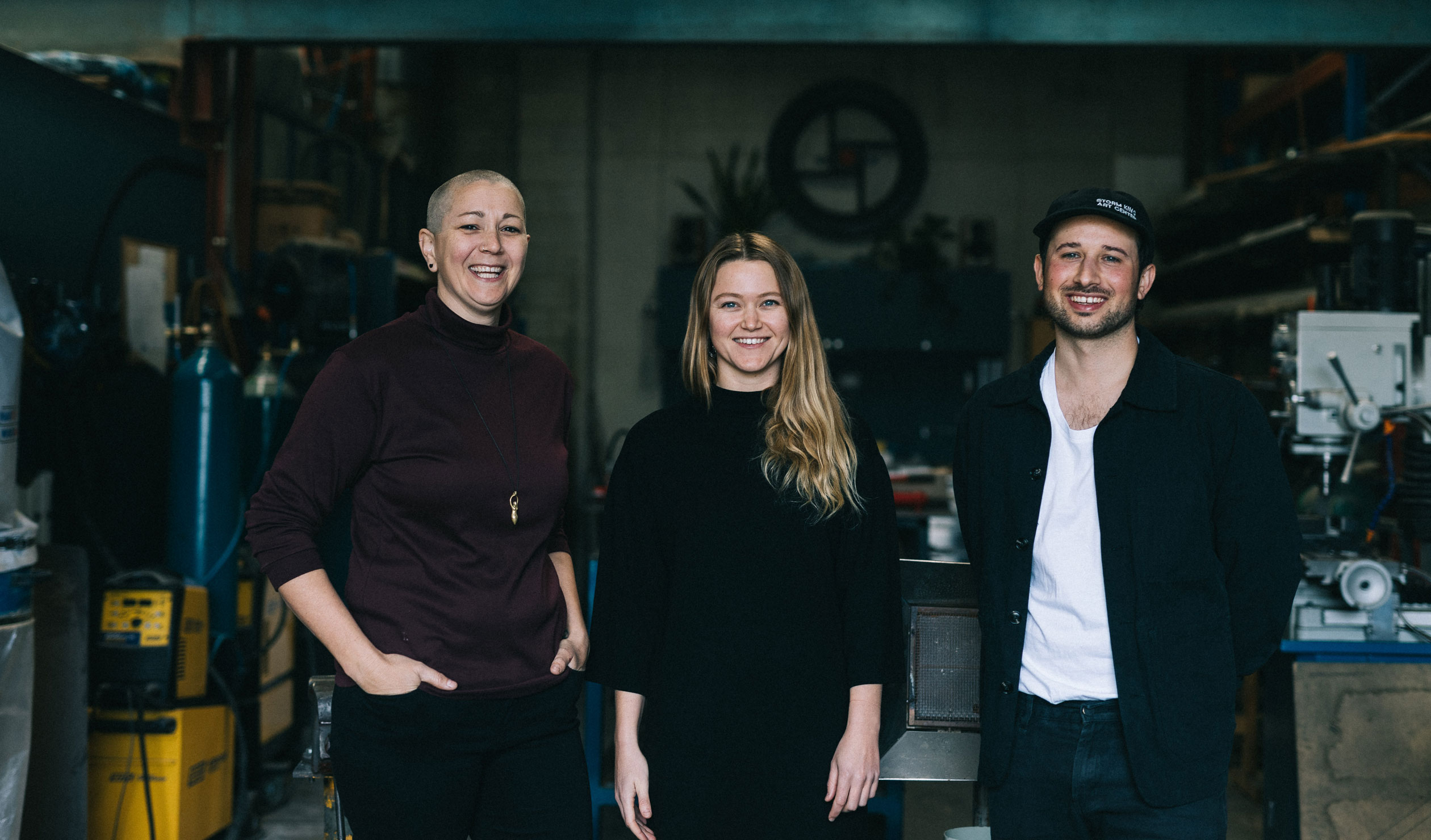 The significance of landing a public art commission of this scale fresh from university isn’t lost on the trio, with the placement of the work of special significance for the graduates due to its close proximity to their learning institutions.

“I feel like any opportunity on that scale, fresh out of university, is outrageous really,” says Rogers. “To finish my degree and then to go straight into designing my own public art, with such a solid team, is pretty incredible. We wouldn’t have got that without Helpmann.

“It’s knowing that there’s a whole team of people that are on your side rather than just having to go independently into that process.”

Bellosguardo says: “Helpmann made this possible by finding a stakeholder, in this case, SAPN, that were willing to take a punt on a group of emerging artists, who now all have a significant project to their name thanks to this opportunity.” 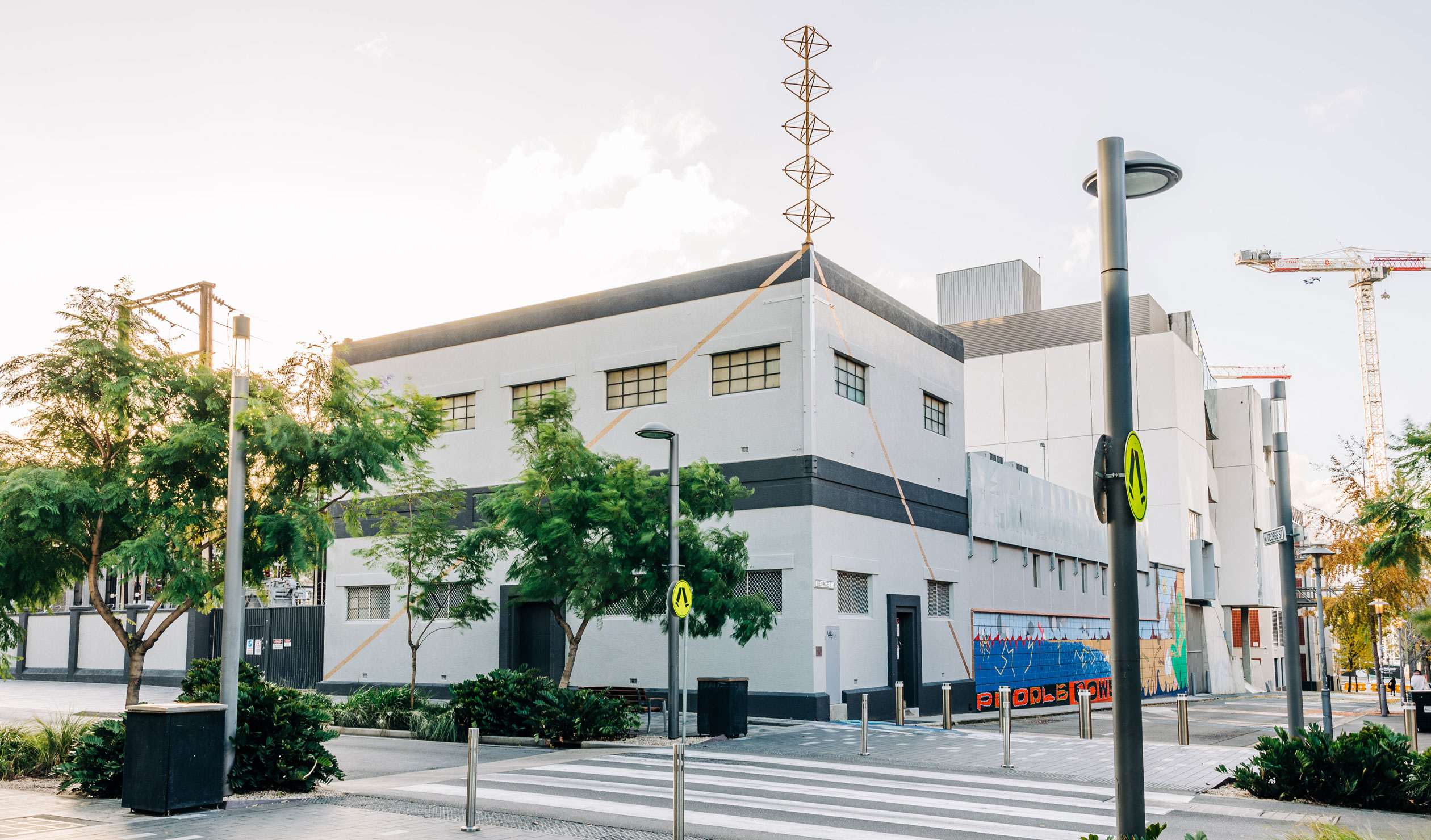 The Hindley Street Substation Public Art Commission is the second public art development on which SA Power Networks has partnered with Helpmann Academy. In 2017, three emerging creatives were commissioned to create sculptures for the front of the SAPN head office in Keswick and the Middleback Theatre in Whyalla.

Kylie Kerrigan, manager of sponsorship and events at SAPN, says the organisation is thrilled to see the substation transformed.

“A few years ago, the substation building was just a block structure painted in a dubious shade of mustard brown.  Now it’s a real focal point for the street, both from the pavement level, and now from various vantage points around the city,” says Kerrigan.

“It has given the building a whole new visual life, beyond its very important function of keeping power flowing to that section of the city.”

The experience has been just as transformative for the emerging creatives involved.

“This project has started a bit of a fire within me,” says Oakey. “This was my first time undertaking a public art project, and I feel like it’s given me the confidence to apply for similar projects, if not bigger.

“It really has been a catalyst to kickstart that side of my practice.”

View Endless Hoist at the Hindley Street Substation, on the corner of Hindley and George Streets.