“Many employees that I talked to don’t want to stuff the genie entirely back into the bottle.”

Harrison McMillan General Manager Chris Lillas is talking about working from home, something millions of Australians experienced for the first time during the pandemic.

Hybrid working is now on the wish list of many employees and even some employers.

“Over the last 12 months, it is certainly one of the top three or four things that people are looking for,” Lillas says.

“A lot of organisations and our clients have adopted the principle of the hybrid model, albeit not all of them.

“I think the ones that aren’t are certainly at risk of losing people.”

As a specialist recruitment agency, Harrison McMillan is privy to emerging sentiment on both sides of the employment equation.

Lillas says that there is no one demographic or industry requesting more flexibility. While parents with young children are obvious advocates, it is across the board.

“I’ve been speaking to a senior executive in the supply chain sector,” Lillas relates.

“He was looking for one or two days a week from home and his employer didn’t want to embrace that. As a result, he’s decided to look at his options.”

The flipside to this is when employers present flexibility and hybrid work as part of the package.

Tom Pennington moved from his role as PwC’s head of digital technology consulting for South Australia to head of enterprise and government for Lumination Technologies.

Pennington says he “wasn’t expressly looking” and was very happy with his role at PwC. Instead, he was attracted by the opportunity “to influence the direction of an organisation going into some very cool areas from an Adelaide base”.

That Lumination, as a trailblazer in advanced immersive technology – think working and learning using AI, augmented reality and virtual reality – was also a hybrid workplace was important.

“I already had a fairly flexible work practice [at PwC], but Lumination are very focused on ensuring we can work from wherever it is that best fits for what we’re doing,” Pennington explains.

“Having that culture of technology-enabled flexible work practices was a key factor in my decision.”

Harrison McMillan’s Lillas says his company has not seen a lot of demand for fully remote working. Instead clients are typically looking for staff to maintain connectivity.

“I placed a senior business development candidate a few months ago, and both the client and the candidate were looking for the touch point of two or three days a week in the office,” he says.

Lillas believes this flexibility will have an impact on the Great Resignation that is currently underway.

“I think it will start to slow that Great Resignation, the more organisations take it on.”

Pennington does not see himself as a part of the Great Resignation, saying for him the timing is coincidental. Instead, he sees it as a reflection of Adelaide’s rapid growth in technology and space organisations, and its positive perception as a base for corporate headquarters.

However, he also thinks offering flexibility in working hours and location is “almost a mandatory requirement”. 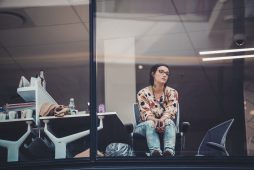 Life is too short for unsatisfying work

The four-day work week is one alternative to the hybrid workplace, yet Lillas is not convinced of its merit for himself, saying “if I took every Friday off, I’d be too concerned with what my inbox would look like on a Monday”.

“I’m a big advocate for the hybrid model,” Lillas says.

“Coming back to the outcomes-based business that we are in, and my leadership style being to trust people and empower them, I’ve seen great success with it.

Lillas claims his number one remit in his role of GM is to retain his group of high performers. As a component, Harrison McMillan continues to adopt a hybrid model, with demonstrable signs of uplift in employee morale and engagement, and staff retention within Harrison McMillan is at an all-time high.