The thriller genre is built on a fear of the unknown. Playing to the human brain’s need for certainty – to definitively know what comes next – authors and screenwriters use ambiguity to squeeze this vulnerability until we are nothing but shallow breaths.

If we know something is bad, we can avoid and evade it. We can make that heroic leap into bed as a child because spiders and monsters lurk below. Knowing of their presence, we muster bravery. But, not knowing – well, ambiguity multiplies our fears.

This is the scaffold on which The Turn of the Screw is built.

First published as a novella in 1898, the Henry James ghost story has been adapted many times over: as a Harold Pinter play The Innocents in 1950, a chamber opera by Benjamin Britten in 1954, a Hollywood version of The Innocents in 1961, and most recently as inspiration for a Netflix series, The Haunting of Bly Manor.

With each iteration in popular culture – and there have been many others, including a ballet – another generation discovers the terror of lingering doubt. Willingly, we submit to flex our brains and their need for certainty, perhaps hoping to build muscle memory and resilience. Spine chills are a peculiarly satisfying bonus.

It is this visceral feeling that is evoked by State Opera’s new production of The Turn of the Screw.

Those familiar with the Benjamin Britten opera will know it perfectly expresses the psychological terror conjured up by James. It is indeed a masterpiece. State Opera’s version though is even more menacing, playing off the idea of suffocating in a wide-open space, using a set on an exaggerated scale to feed mental claustrophobia.

Set in mid-19th Century England, a young, inexperienced governess (never named) is charged with the care of sibling orphans, Miles and Flora, at their uncle’s country house. The Governess sees a man on a tower of the house and, later, a strange woman near the lake. The housekeeper, Mrs Grose, identifies them as Peter Quint and Miss Jessel. Both previously worked at the house and both are now dead.

The story unfolds, catalysing the audience’s emotions while never allowing them to decisively settle on who is a good character and who is bad. Sentiment and certainty oscillate; those watching are sucked in, complicit in the Governess’s version of events. There is empathy for some and mistrust of others, the questioning of sanity, revulsion at hinted paedophilia – all designed to fuel an inner turmoil from not knowing who to believe. 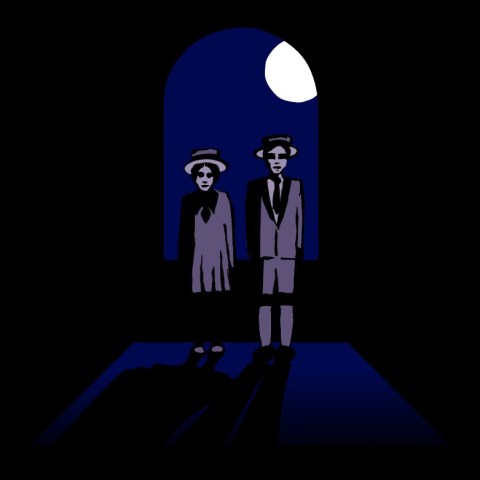 The Turn of the Screw reflects the manipulated ambiguity of some of today’s news: the portrayal of the ‘hysterical woman’ whose testimony can’t be believed when powerful men are cornered; the mother who kills her own children, whose battle with mental illness may/may not/may have influenced her actions. Reader, now we have your attention…

If the ghosts are real, then the Governess is sane, meaning her efforts to protect the children are noble and unselfish. If they aren’t real, then her revelations about the children’s communications with malevolent forces must be a reflection of her subconscious. Either way, the story is riveting.

This is not a tale with a neat ending tied up in a bow. It has layers exploring the theme of corruption of innocence, and the thin line between real and imagined. State Opera Director Stuart Maunder sums it up – “Britten’s classic is remarkable in its directness, stillness, economy, brevity. It is disturbing, unnerving, and often extremely beautiful… There is no other opera in the repertoire which dances around the dangerous with such flair.”

With its powerful simplicity, State Opera’s The Turn of the Screw dances on the tightrope of doubt to deliver spine-chilling ambiguity to the very end.

The lights go up and the doubt remains.

This is a must-see for lovers of music and the mind.

The Turn of the Screw is on at the Festival Theatre on 30 April and 4 & 6 May. Tickets available at www.stateopera.com.au