On just her second day on the job, South Australia’s new Governor, Her Excellency the Honourable Frances Adamson AC, was able to award the South Australian red and white wine she will offer guests and dignitaries at official functions for the next year.

Governor Adamson presented the Governor’s Trophy for best South Australian Red Wine to Purple Hands from the Barossa and the best White Wine to Leo Burling from the Clare Valley during the annual Wine Communicators lunch at the Showgrounds on Friday. 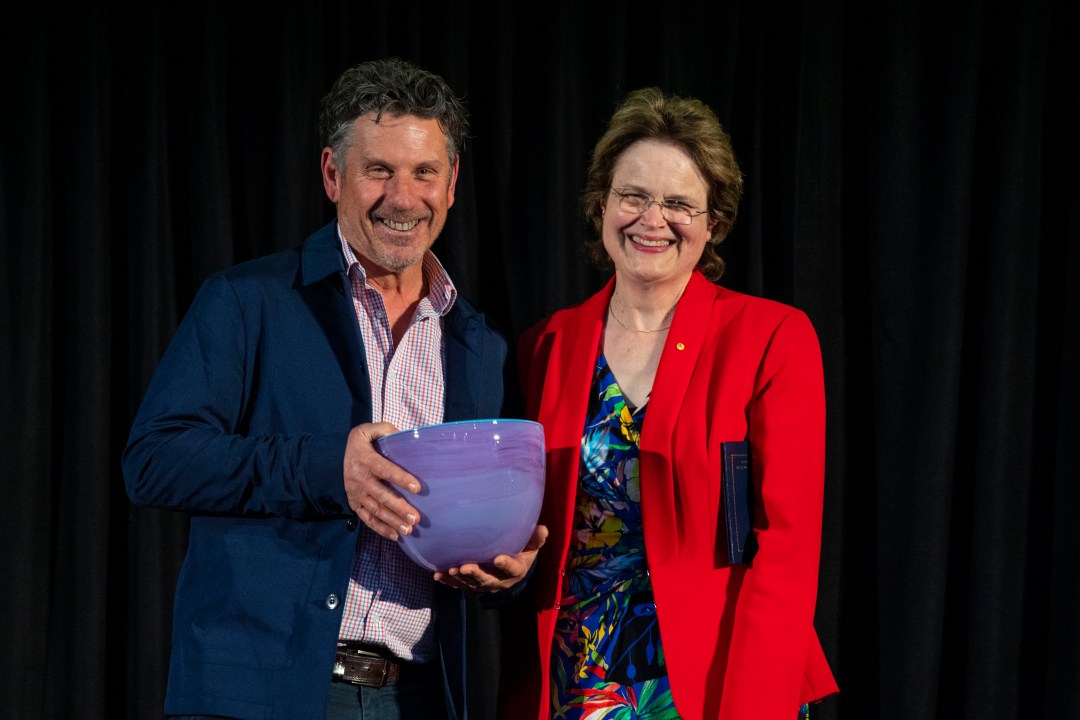 Purple Hands Wines, begun in 2006 by friends Craig Stansborough and Mark Slade, won for their Planta Circa Ancestor Vine Grenache 2019, made from vines planted sometime in the 1880’s, making them some of the oldest living Grenache vines on the planet.

Leo Buring won for their Clare Valley Riesling 2021, a variety the winery and the region is famous for. 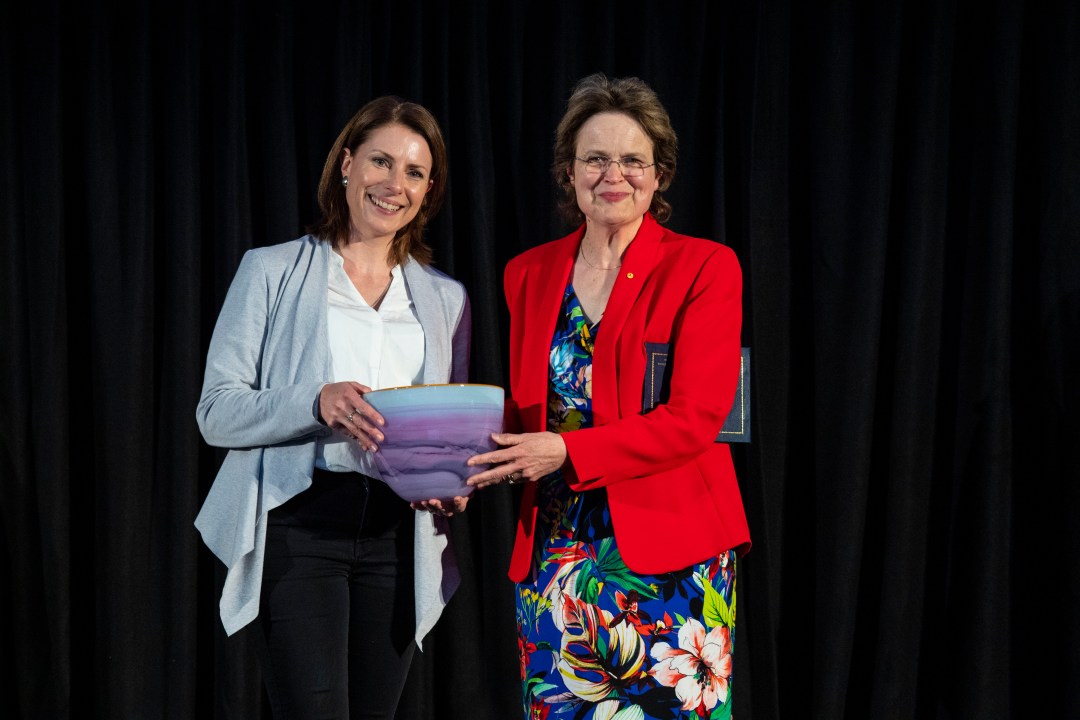 While SA wines will grace the Governor’s table, Tasmanian winery Bay of Fires won the most coveted award at the Royal Adelaide Wine Show, taking home the Max Schubert AM Trophy for Most Outstanding Red Wine in Show with its 2020 Pinot Noir.

Royal Adelaide Wine Show Chair Greg Follett said history shows that it is incredibly rare for a pinot noir to take out the top trophy, often won by a bold shiraz or cabernet sauvignon.

“It is great to see so many regions from around the country featuring amongst the trophy winners, especially a Tasmanian Pinot Noir winning the Max Schubert Trophy for the Most Outstanding Red Wine in show, a category which is normally dominated by shiraz,” Follett said.

“This is the first time I can recall a pinot noir winning this prestigious award.”

Follett said that while the awards were important to Australian winemakers and growers to showcase their products, this year’s lunch was significant because it allowed the industry to gather and celebrate.

“I think the vibe was good because with COVID and everything it’s pretty rare for people to be in a room with 300 people, enjoying great wines and food and company.”

Follett said that Purple Hands Wines was amongst the standouts, with the Southern Barossa winery taking home the Tilbrook Rasheed Trophy for Best Grenache in Show in addition to its Governor’s award.

“To win a trophy at a major show is an awesome thing, and with so many wines, to get to that pointy end is a huge achievement,” Follett said.

The 2021 Royal Adelaide Wine Show attracted 2,756 entries from 350 Australian wineries, with judging taking place in the week leading up to the awards. The panel of 35 judges engaged in intense discussion, scrutiny and deliberation to ensure that the best wines shone through.

Wines from WA’s Margret River dominated many of the classes, producing 29 gold medal winners. This included Cherubino’s 2020 Margaret River Chardonnay, which took out the George Fairbrother Memorial Trophy for Most Outstanding White Wine in Show.

The InDaily Trophy for Best Australian Vintage, Tawny or Ruby in Show was won by Penfolds Grandfather Rare Tawny, while the trophy for Champion Spirit of Show was won by The Hills Distillery’s 78 Degrees Muscat Finish Whiskey.

“The wine show does give the ability to you as a producer to first and foremost benchmark your wines against other people in the industry. If you know you’re winning a medal, you know…you’re doing some good things,” Follett said

“One of the satisfying things from our point of view was there was a wide array of regions that got up to win the major awards and small companies to large companies.

“So it’s nice to spread the love, so to speak, even though we have no control over what wins because it’s all blind, but it is nice to have that diversity.”

Hosting an event for 300 guests is no easy feat in today’s current climate, with the Royal Adelaide Wine Show having to pull its international and interstate guests from the judging panel. Often half the panel comprises of interstate industry experts, continuing the promotion of the nation’s diverse viticulture landscape.

“With COVID, there is certainly a lot more creativity and hard work required to coordinate the judging and execution of awards of the size and calibre,” Follett said.

“Fortunately, in South Australia we’ve got a lot of talented winemakers and a few guys from the trade and sommeliers that we’re able to call upon.”

THE MAX SCHUBERT AM TROPHY for MOST OUTSTANDING RED WINE IN SHOW
Sponsored by: CCL Label
Won by Bay of Fires Wines – Bay of Fires Pinot Noir 2020

THE LALLEMAND TROPHY for BEST PINOT NOIR IN SHOW
Sponsored by: Lallemand
Won by Bay of Fires Wines – Bay of Fires Pinot Noir 2020