The university is offering Higher Education Certificates that can be completed in either six months (full time) or 12 months (part-time) starting in July for semester two of this year.

The Federal Government will part-pay the tuition fees for a certain number of six month certificates, meaning the cost of studying will be more affordable but it must be completed in 2021.

“Six months is a bite-size manageable chunk for a lot of people who are looking to change direction in their jobs or get into a degree in the future.

“They are designed for a whole range of people. Unemployed, students who might be looking for a change in direction or a pathway into another degree and aren’t quite sure if that’s the way for them, and also those people in the workforce who might be looking to gain some extra skills.

“For example, it might be someone who is already in a management job but needs some expertise in cybersecurity and so rather than enrolling in a three-year degree program, six months or twelve months around full-time work could work a lot better.”

Professor Shaw says the move was recognising the Covid-19 pandemic had resulted in job losses across the state, and would provide people with the opportunity to retrain.

“A lot of people have lost their jobs or have their work in hiatus even though we have been very lucky in Australia, but this may be with us for quite some time,” she says.

“But it’s also realising that this has thrown open some real priority areas on a federal scale so nursing, infection control, cybersecurity issues are on the rise, and anything to do around teaching and education generally especially in a digital world.

“It’s really a chance for the government to help the population reset their goals in terms of their employment but also help people who think their job may be somewhat insecure to look at some areas where there will be more security long term.” 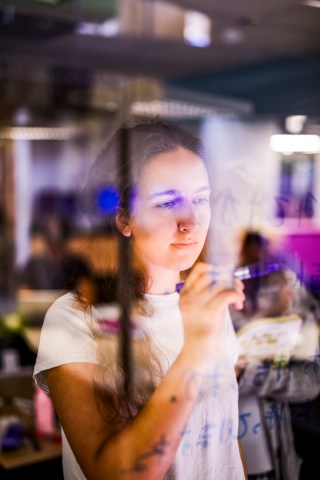 Professor Shaw says there were a range of benefits from each course.

“Cybersecurity could lead to a Bachelor of IT of a Bachelor of Computer Science but it also might be the sort of thing that helps someone build their skills in managing cybersecurity threats and building good systems,” she says.

“We have an undergraduate course in applied data analytics but that has a wide range of applications and it could be in agriculture, in biomathematics, economics, environment study areas and a pathway to a degree that is adding to someone’s skill bases with someone already in these fields.

“The one I’m really interested in is the undergraduate certificate in education media which is designed for teachers to help up-skill in the digital teaching technologies. That became really important as we saw during the pandemic.”

Semester two applications are open until June 25, 2021, with study starting the following month.