In its fourth year, the Eastside Business Awards are more popular than ever with 9584 public votes being cast, up from 6877 last year. The public voted for 311 businesses in 11 different categories, as well as for a Hall of Fame entry, with both new and familiar businesses taking home the coveted awards.

Mayor Bria said this year’s Awards were more significant than ever before, following months of long-term uncertainty as a result of the COVID-19 pandemic.

The winner of the prestigious Hall of Fame Award for a business which has been part of the community for more than 20 years went to the Parade Norwood Veterinary Clinic. 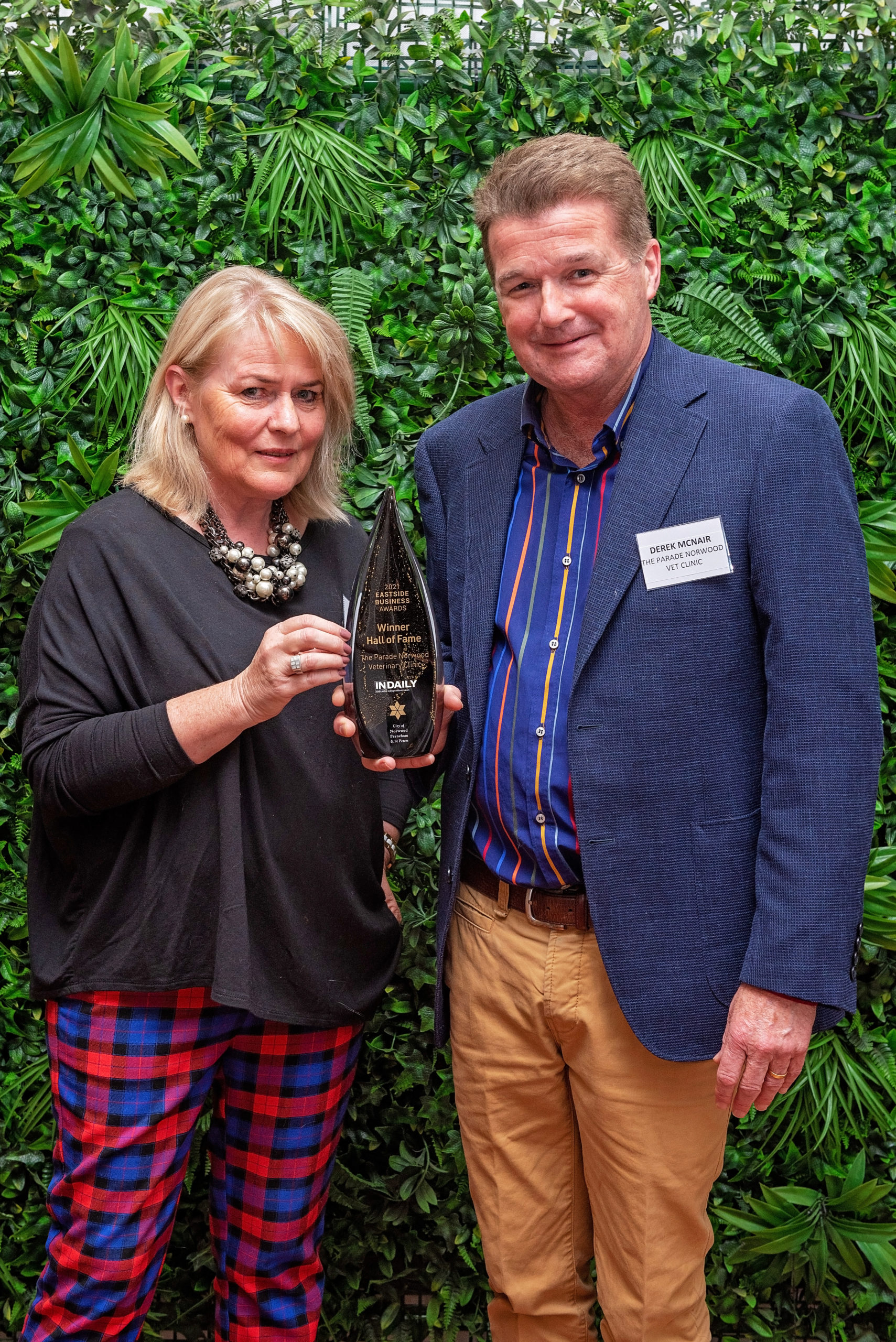 “Voters overwhelmingly showed their support for The Parade Norwood Veterinary Clinic to be inducted into the Hall of Fame, as it has been an integral part of the Norwood community and The Parade Precinct for more than 20 years,” Mayor Bria said.

The Best Café Award was presented to The Lab Food + Coffee for the third year in the row, cementing the business as the leaders of the café game on the Eastside.

While The Lab Food + Coffee secured best café, Pavé Café once again won Best Coffee for the second year in a row.

Pave and The Lab have some upcoming competition on their hands though, as Cheeky Grin Coffee won the award for Best Emerging/Start-Up Business showing the depth and quality of the Eastside coffee scene.

This is the first time Little Bang Brewery have won this award, however they have previously won Best Pub/Bar three years running, which truly solidifies them as a popular juggernaut amongst Eastside businesses. 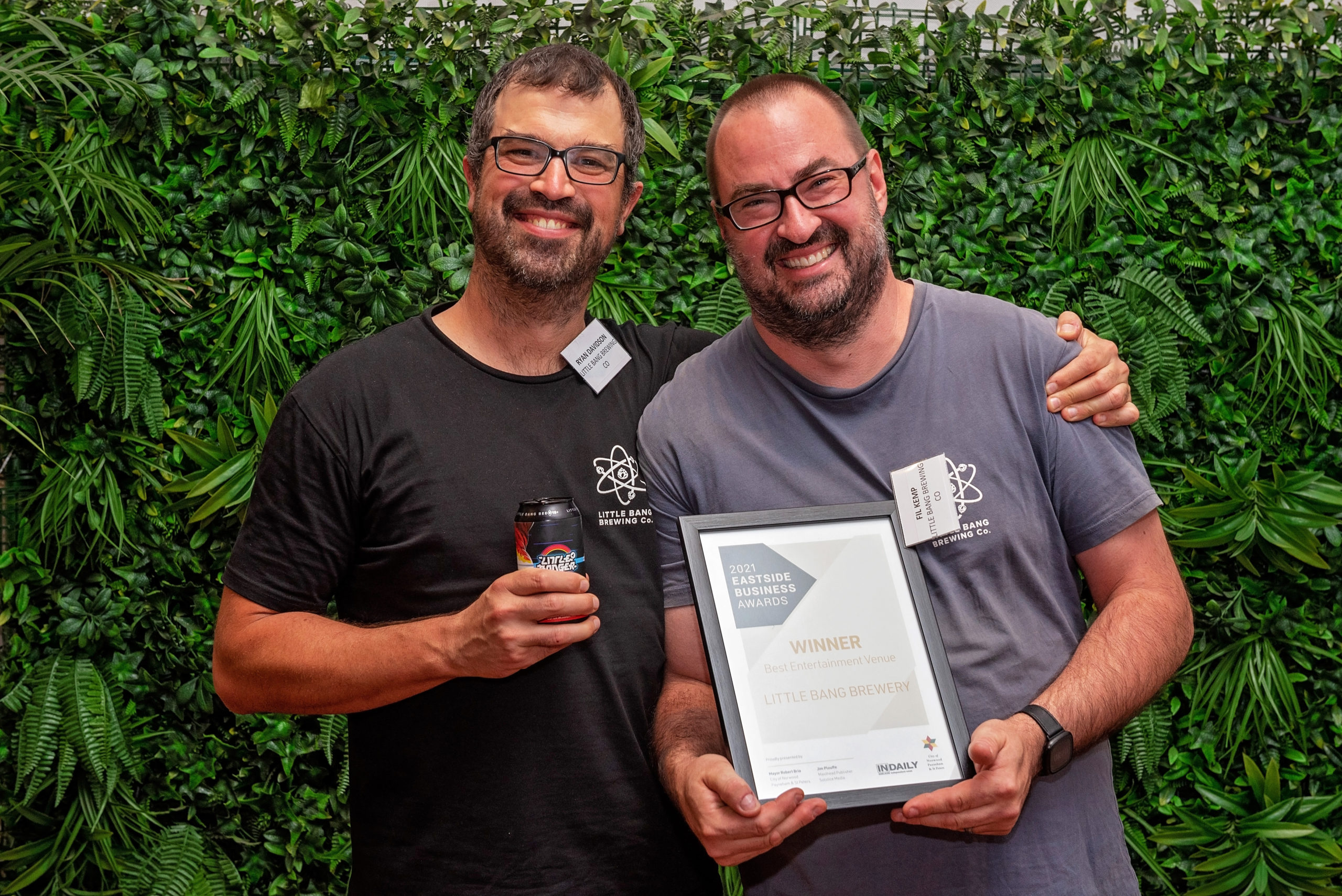 This time around the Best Pub/Bar was presented to The Colonist. Having been on The Parade since 1851, The Colonist continues to be a staple for the Eastside community.

Chefs on Wheels took home the highly regarded Best Food/Beverage Manufacturer Award, for the new business’s ability to pivot during the year to deliver fresh and delicious meals cooked by South Australian chefs to consumers’ homes.

The Award for Best Hair/Beauty Salon was presented to Johnny Slicks, a relatively new barber that offers old school and new school services and are one to watch in years to come.

Shouz Boutique have established themselves as the best in the fashion retail business taking home the Best Fashion Retailer for the third year in row. 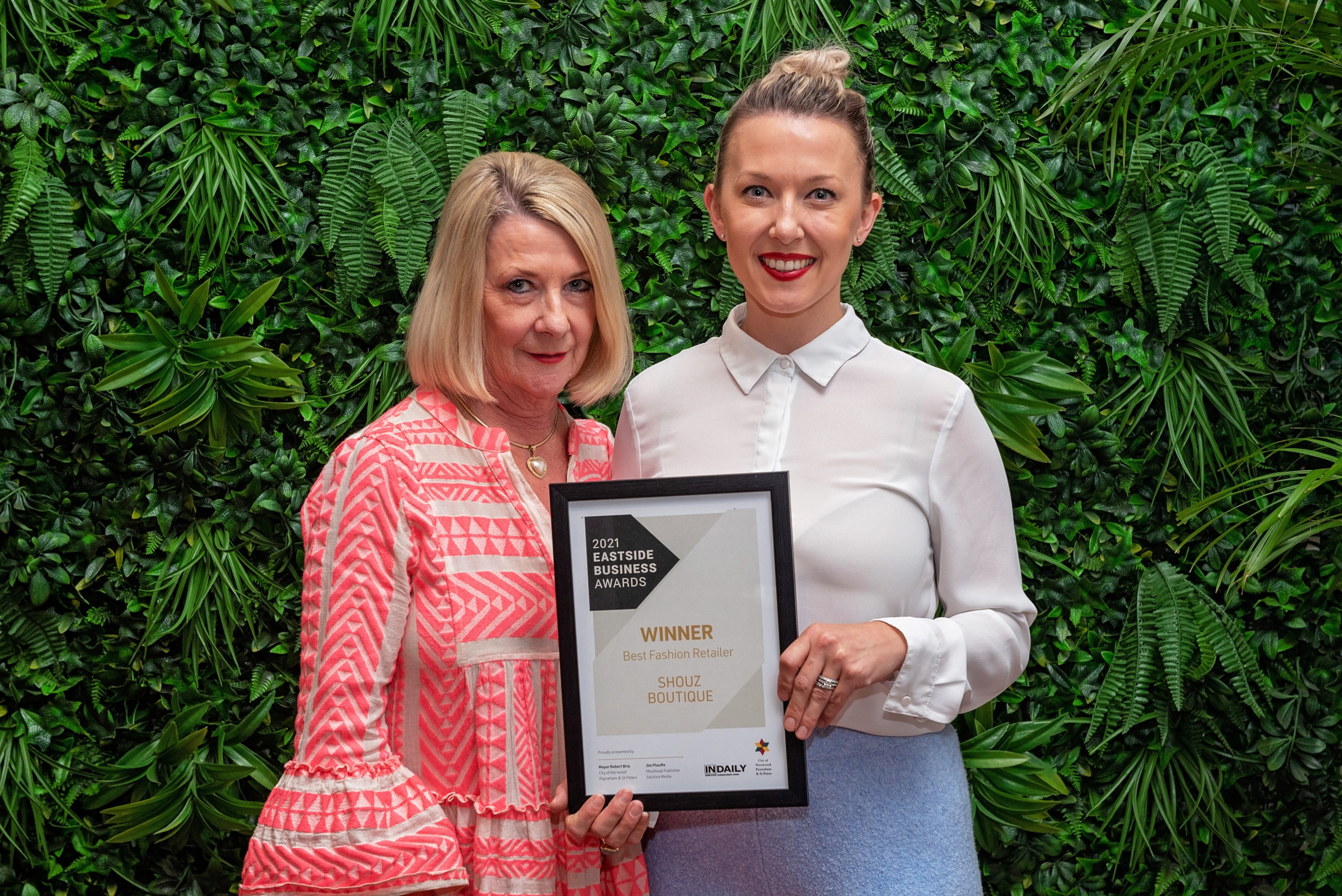 Closing out the awards, GR Phones Norwood had a fantastic year taking home the awards for both Best Independent Retailer and Best Customer Experience.

Each category winner receives a $1000 advertising package with Solstice Media as well as $1000 in business advisory services with BIAS.

Mayor Bria said he was thrilled for all the winners and also congratulated the other finalists in each of the categories.

“The 33 finalists – across 11 categories – should feel extremely proud of their success and the recognition they have received from their clients and customers,” he said.

Mayor Bria said that this year’s awards have confirmed the diversity and success of the Eastside’s businesses.

“This year’s Awards have further reinforced what many people already know – that the City of Norwood Payneham & St Peters boasts the state’s most diverse and successful businesses,” he said. 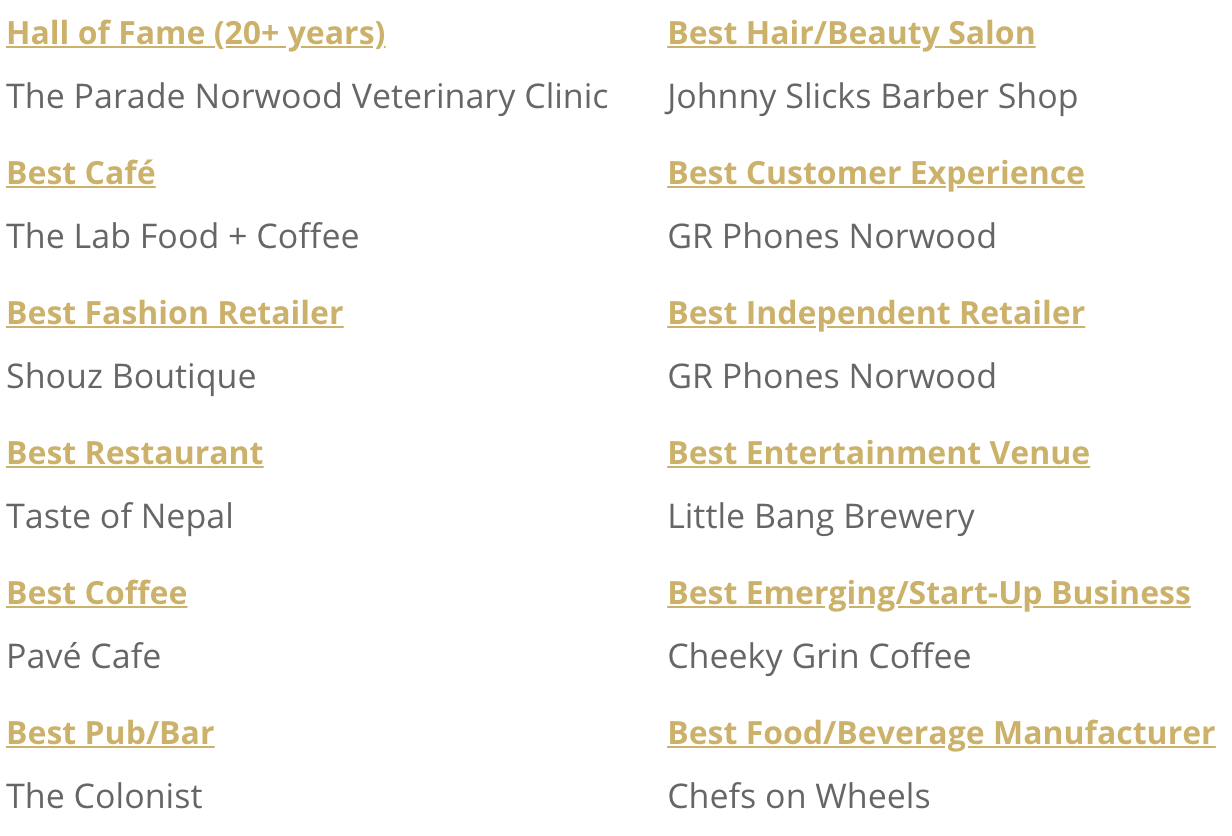