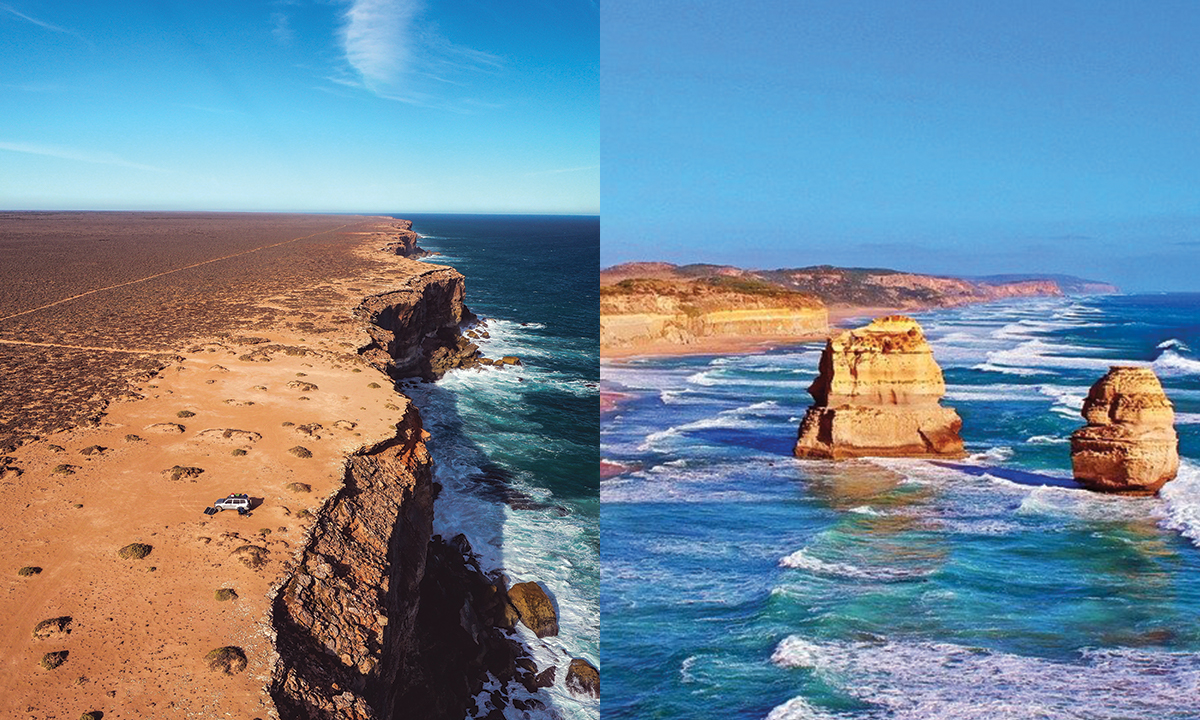 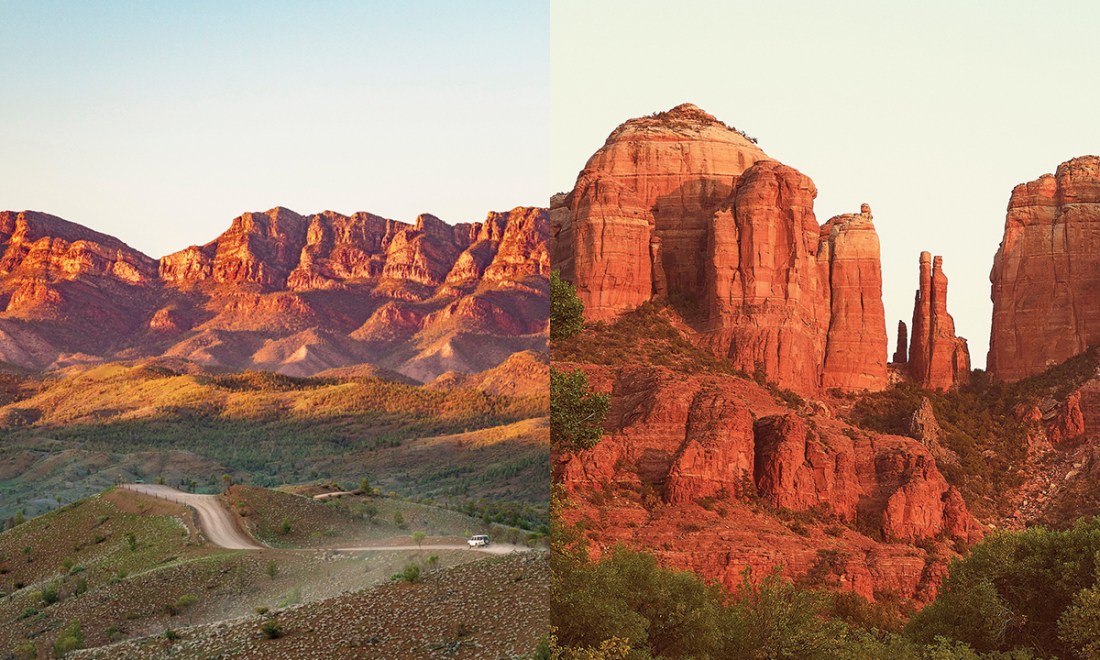 We know that Route 66 is America’s historic link from the east to the west coast, but the Explorers Way is steeped in history – 800 million years to be exact. Almost as long as Route 66, the 3,016 kilometre journey along the Explorers Way rewards the adventure ready to journey through the heart of Australia. Road trip from Adelaide to Darwin at an unhurried pace, stopping in at quirky outback towns and detouring through ancient landscapes. The vast untouched wilderness, far-reaching skies and wide open road, stretching out in front is unlike any other place in the world. Arizona scenery pales in comparison to the rugged, red landscapes of the Flinders Ranges. Take in Wilpena Pound, a natural amphitheater approximately 750 million years older than the Grand Canyon and eight times larger than Uluru. Unearth the fossils from the ice age, experience the unique Outback way of life at the underground settlement of Coober Pedy, stop off at an Outback oasis that isn’t a mirage and fall asleep under a blanket of stars. 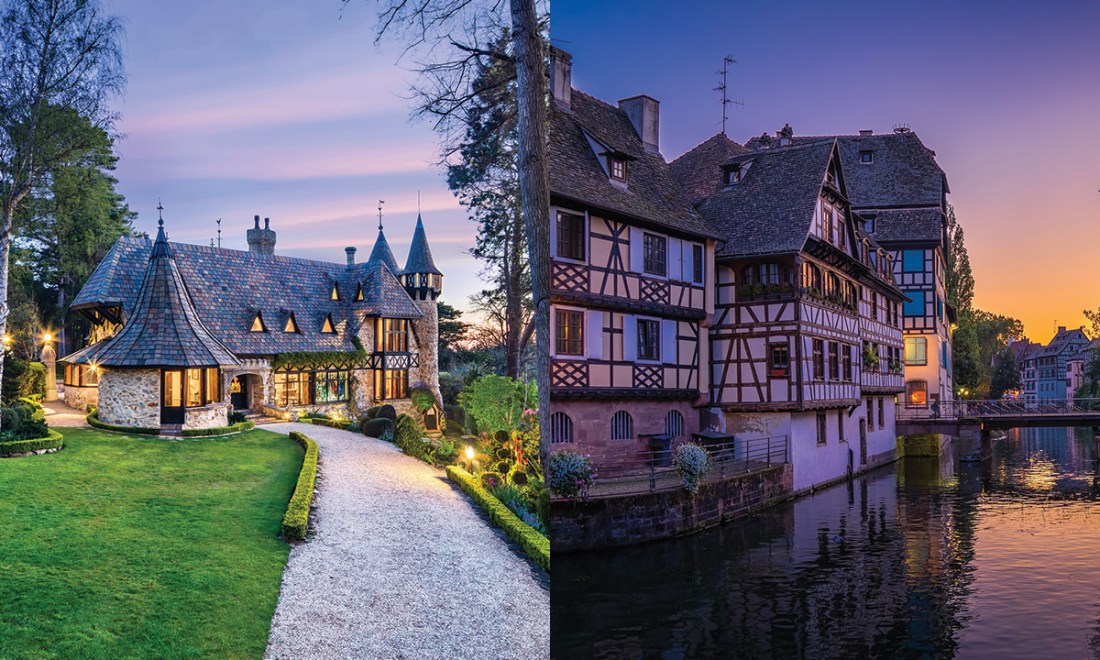 The legendary 170 kilometre long Alsace Wine Route is the most famous wine route in France. A bucket list item for foodies and wine lovers, the road trip takes in picturesque villages and wine producing towns… just like the Epicurean Way right here in South Australia. Swap a plane ticket for a corkscrew, picnic blanket and esky and hit the road. Wind along the dramatic coastline and through the vines of McLaren Vale, stopping in at iconic cellar doors in the Fleurieu Peninsula. Taste the Mediterranean climate influenced drops at the d’Arenberg Cube, Alpha Box and Dice or Coriole Vineyards and pull out a picnic rug at Down the Rabbit Hole Wines or Samson Tall Wines. Further on, journey into the picturesque Adelaide Hills and meander down through picture book perfect hamlets reminiscent of the villages found along the Alsace Wine Route. Nestled among a cluster of European style villages, settle in at the Pavilions At Lenswood spend a few days wining and dining at Sidewood Estate, LOT.100, Mt Lofty Ranges Vineyard, Golding Wines and The Lane Vineyard. Afterwards cruise on to Barossa for a bold red and then reach the final destination in the Clare Valley, where a glass of the world’s best Riesling awaits.

Mark out a full hit-list with this guide to the Epicurean Way road trip. 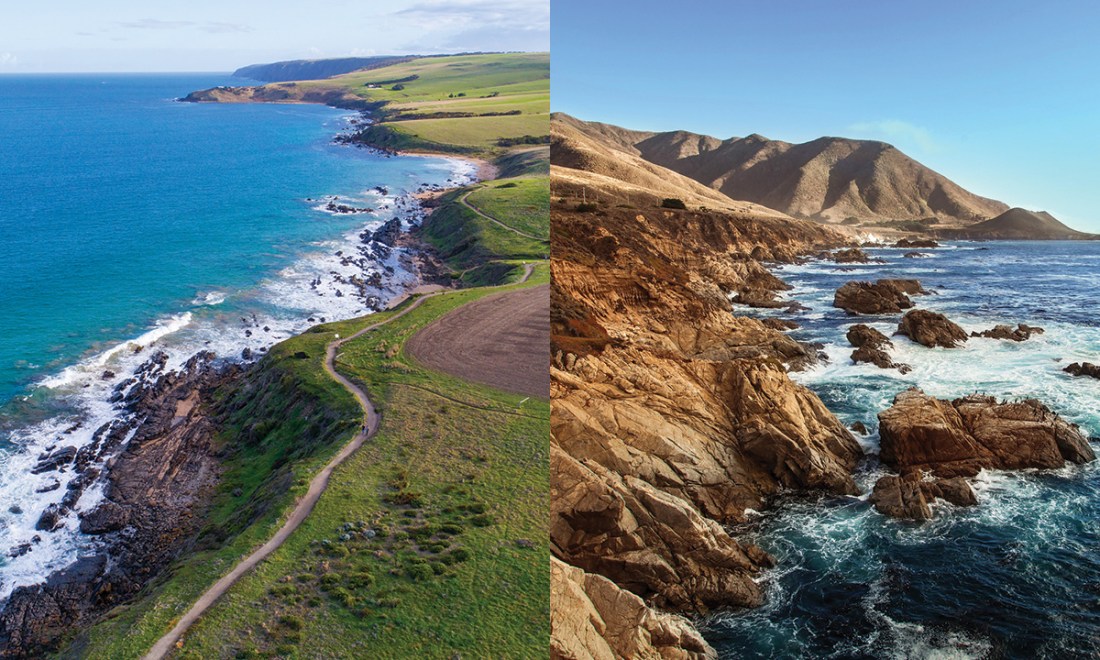 Although California’s Pacific Coast Highway has epic coastal views, these are only made famous from their appearances on the big screen. Right here in South Australia, discover the unexposed natural wonders worthy of the silver screen along the Southern Ocean Drive. The 1,200 kilometre route passes through some of the most idyllic seaside towns in South Australia, offering up sweeping maritime views and the perfect blend of beach, wine, food and wildlife. Work on a California tan at one of SA’s postcard worthy beaches, swap Napa Valley for a bold Coonawarra or McLaren Vale red and take some time hiking along coastal cliffs at Deep Creek. Stop for a night at Hotel California Road at Inkwell Wines, happily tucked among the rolling vines of McLaren Vale and not a dark desert highway. In an epic finale to the Southern Ocean Drive, float away to Kangaroo Island and spend a few days relaxing on island time. 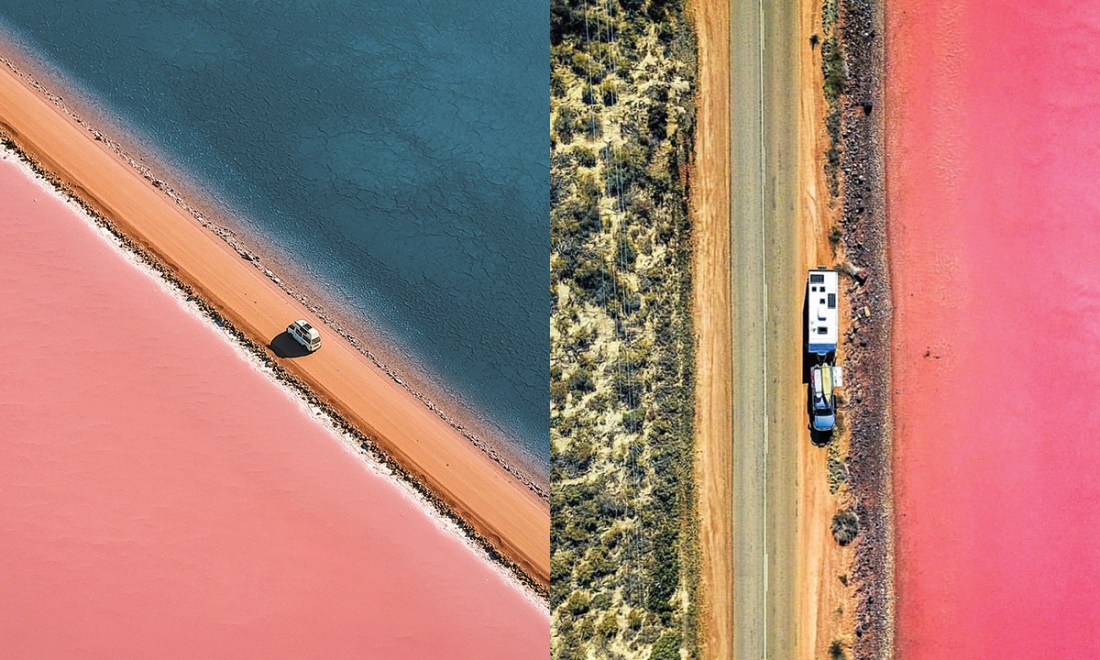 Bubblegum pink lakes, spectacular coastal vistas, pristine beaches and abundant wildlife. There’s an undeniable affinity with nature on the Eyre Peninsula. Offering all the highlights of Western Australia’s Coral Coast Highway and more, right here in SA. The Seafood Frontier is one of the best road trip routes in Australia. One of the biggest drawcards of the Coral Coast Highway is the opportunity to get up close to Australia’s incredible aquatic life, but on the Eyre Peninsula, underwater wildlife encounters are part of the territory. Swap out swimming with whale sharks, for cage diving with Great White Sharks. Snorkel with sea lions and dolphins in Baird Bay. Then wander along empty, sandy beaches and set up camp where the bush meets the ocean in Coffin Bay or Lincoln National Park. Pink lakes are another highlight of the Coral Coast, but one can be found right here too. Stop off at the Instagram famous Lake MacDonnell, where Mother Nature’s full palette is on show with a high salt concentration, resulting in some seriously intense colours throughout warmer seasons.

Need more road trip inspiration? The Coastal Way covers 700 kilometres of pristine Yorke Peninsula coast or travel inland and follow along the Might Murray Way, where the Murray River flows more than 2,500 kilometres from the Australian Alps Mountains to the Southern Ocean in South Australia.

To plan a South Australian getaway, head to southaustralia.com.