With tables and chairs spilling into the streets in one of Adelaide’s favorite dinner spots, its much-loved restaurants and cafes are creating  a Mediterranean feel for the length of the festival season.

The East End Unleashed concept was born some five years ago, with an earlier closure of Rundle Street proving a success in the picturesque neighbourhood dotted with street art, galleries, boutiques and restaurants, iconic pubs, cafes and chic small bars.

Now its popularity is continuing to grow in line with the numbers swelling its neighbouring Fringe festival hangouts at the Garden of Unearthly Delights and Gluttony, both a few minutes walk away in the parklands.

One big fan of the growing tradition to meander through the East End on family-friendly Fringe or festival nights is Steve Maras, the group managing director of Maras Group, the company that owns many of the Rundle Street buildings.

“On Friday night I took all of my staff to a show and we meandered about and it was absolute bedlam but in a great way,” Maras says.

“The atmosphere here, there’s nothing like it in Australia.”

Maras estimates more than 100,000 people each Friday and Saturday night are flooding the East End as the street closes from 3pm on Thursdays and Fridays and 4pm on weekends until March 15.

He says the event gives festival and Fringe revellers another city spot to visit, along with alternatives for food and drink between shows.

In Rundle Street you can dine at the South American-inspired La Taberna before dancing away to some late night Latino grooves. Or savour the Grecian delights at Eros Kafe as you  peruse your festival and Fringe programs to lock in the next event.

Visitors the East End can also check out the newly-opened dumpling haven/small bar Mum Cha and Toyama Japanese Cuisine. The street level action can be viewed from above while sipping on a refreshing gin with The Stag Public House opening their balcony to local Gin producer Never Never Distilling Co. who have taken over the top level of the popular pub. For a more laid-back experience, you can take it easy at Vardon Avenue wine bar Mother Vine with a cheese platter paired with your favourite drop. 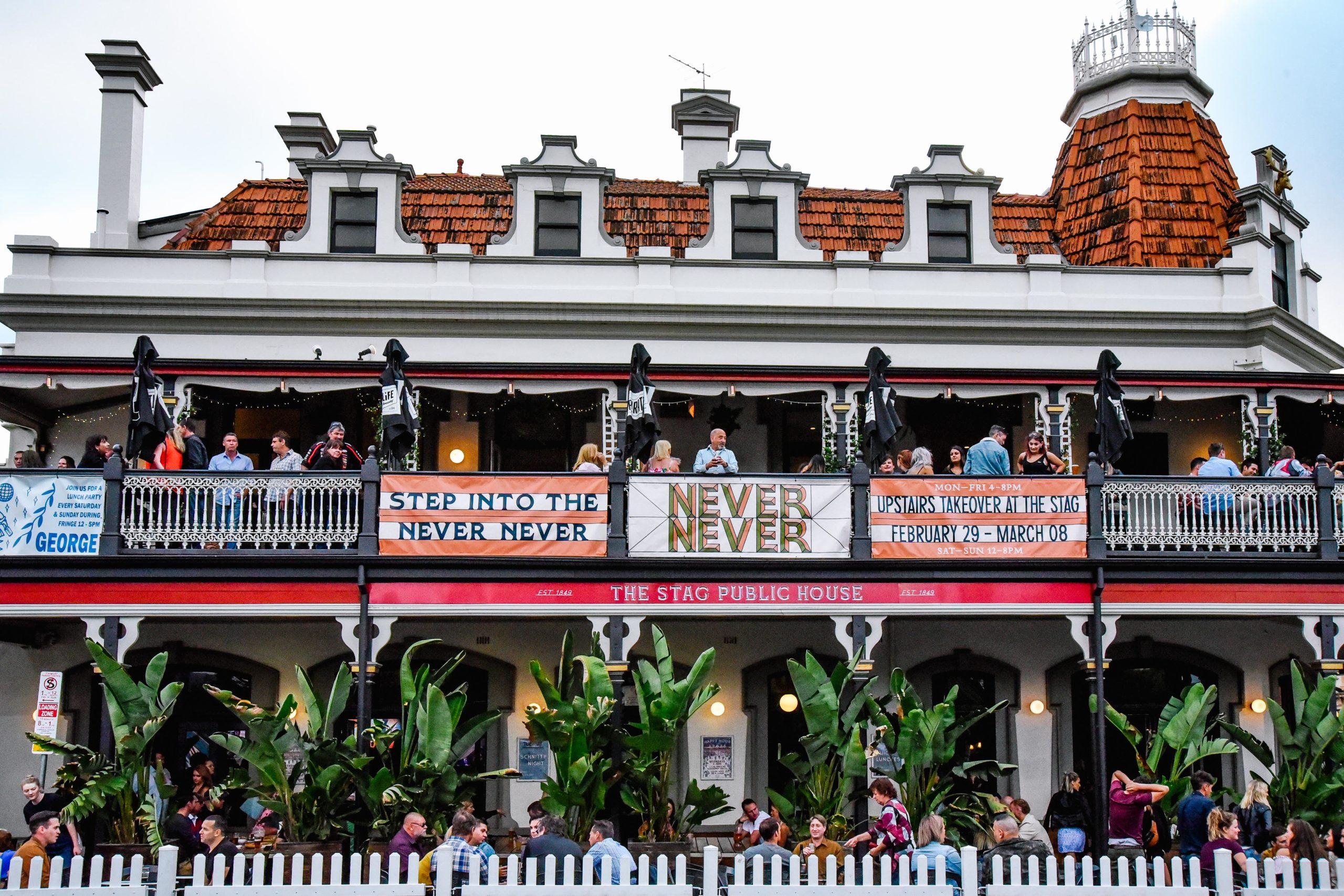 East End Unleashed is an evolving event that adds an extra layer to Adelaide’s world-renowned festivals season. Over the years the Rundle Street East festivities have spilled over to Ebenezer Place where the increasingly popular night market has 50 stalls run by mainly South Australian traders.

“It’s an eclectic mix of foodies who are there with fashion, vintage, art, jewellery and pottery,” Maras says.

Markets event manager Matt Miles says there is music playing at the market and stallholders range from Wa Creations with its unique origami earrings to soy candles or Butter and Toast’s tantalising buns.

“Over the festival season it’s just electric, to me the atmosphere is like you would find in a major international city like London or New York,” Miles says.

“The space just fills with people, there are wooden box tables and stools and every nook and cranny is filled with atmosphere, there’s people and activity everywhere.

“The other weekend at midnight there was a busker in Rundle Street playing music and there must have been 50 teenagers all dancing around, we see these amazing, joyful celebrations.”

Maras says the key to the event is creating a safe, family-friendly space for everyone to experience the festival atmosphere.

“In the festival and fringe season coming here can be a standalone night, people might just come to Rundle Street that is a big dining area with the performers, or they might go to Vardon Avenue that is more dining and drinking with the small bars or Ebenezer Place where it is alive with the market.”

In fact, it’s so unique that Director of Culture at the City of Edinburgh Lynne Halfpenny has spent some time photographing and researching East End Unleashed’s success with plans to see if the concept can be replicated at the famous Edinburgh Fringe in Scotland. 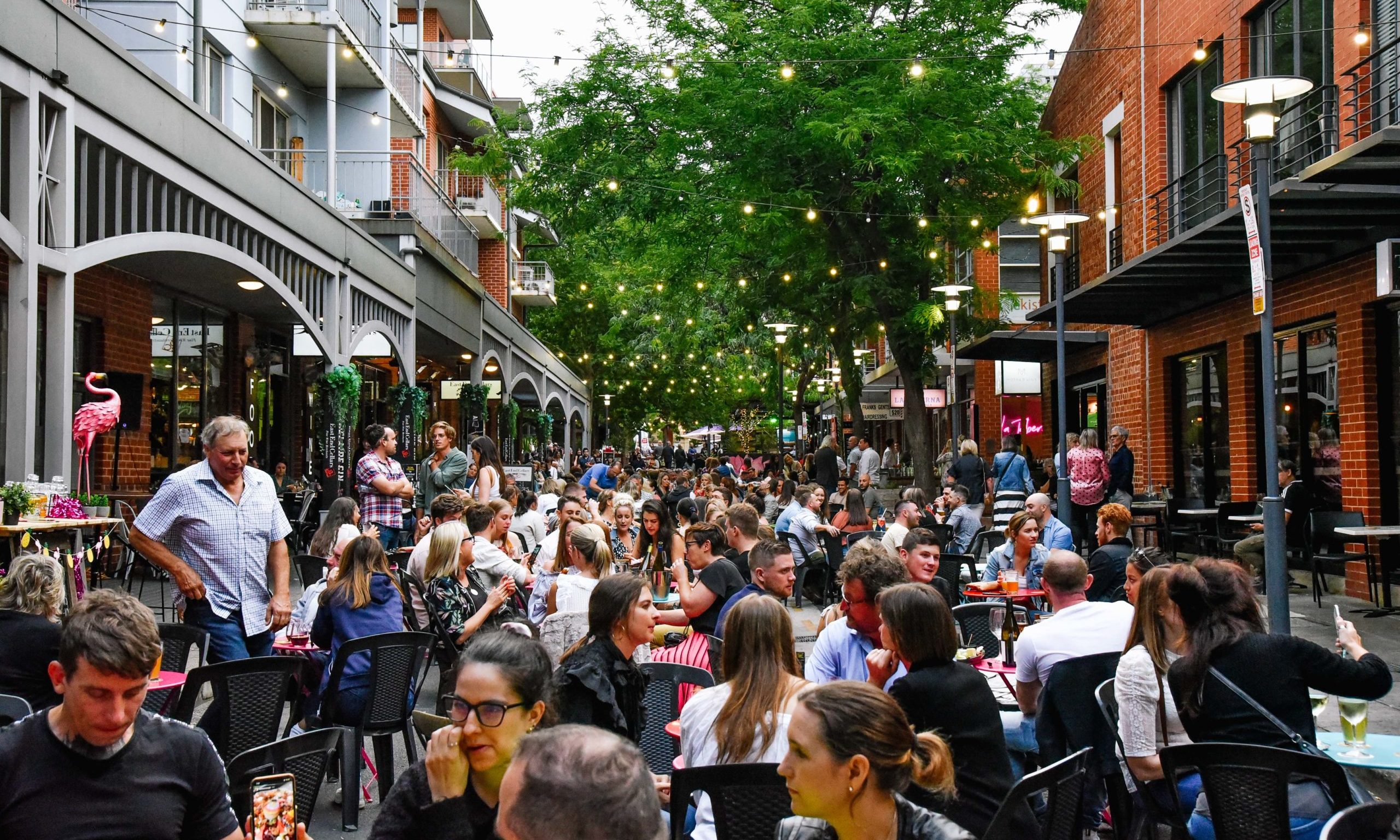 “This really is something special, very few districts or precincts in South Australia or Australia get to experience something like this,” Maras says.

“Ms Halfpenny saw all of this and she said it was the most impressive thing she’d ever seen.”

Maras also praised the City of Adelaide for its help with East End Unleashed and Adelaide Fringe director Heather Croall for continuing to grow the Fringe. He says among Croall’s achievements was to bring the event’s main office, which was originally in Rundle Street,  “home” to its new East End site in Frome Street.

“The Fringe has continued to grow and grow far beyond our wildest dreams, and Heather Croall and her fantastic team have done an amazing job,” Maras says.