Experienced café owner Paul Denmead says that when he was looking around for a new location he was struck by the former wine shop on the south side of the greenest square in Adelaide.

“I was drawn to the picturesque, tranquil outlook over Wellington Square,” he says, gazing out one of the oversized, open windows across the road to the massive figs and lush lawns. 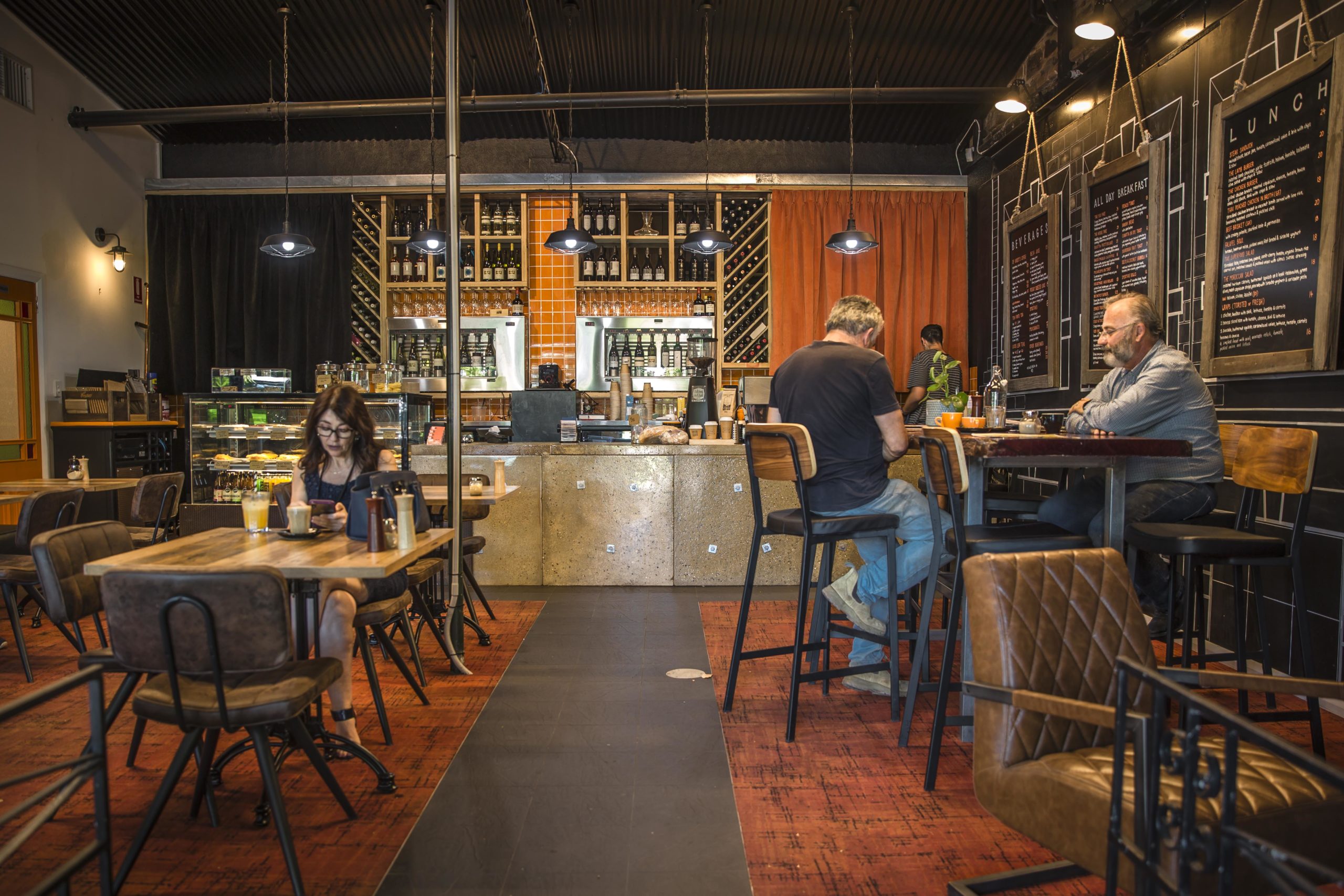 But he also knew that a view wasn’t enough; he needed the right offering to attract the neighbours and lure some foot traffic a block west from the eateries O’Connell St.

What he settled on is directly out of Europe – a neighbourhood café that serves breakfast and lunch, then transforms itself into a wine house with share plates come 5pm.

Fare and Square is open seven days a week serving coffee and food to the office workers along North Adelaide’s “Lutheran strip” but from Wednesday to Sunday the cafe morphs into a wine house that would be the envy of any neighbourhood.

Paul says the idea is to get people walking by to stop at his outside tables, chat with a neighbour over a glass of wine, and stay for dinner.

The difference becomes apparent with just one look at the wine list.

What really sets the wine list apart, though, is the Enomatic wine dispenser behind the bar offering guests a selection of 21 wines by the glass at three different pour volumes.

“The machine allows our wine list to be bespoke and aimed at the people living in and visiting North Adelaide,” Paul says.

“We’ve become a destination for local winemakers and many of their wines feature in the restaurant, which we’re proud of”.

The wine is the focal point but the food is where Fare and Square shines.

Paul says the menu is an eclectic mix of what he and his two chefs like to eat.

“It’s a mix of what we like to eat with wine,” Paul says of the share platters that are divided into small plates and bigger plates. 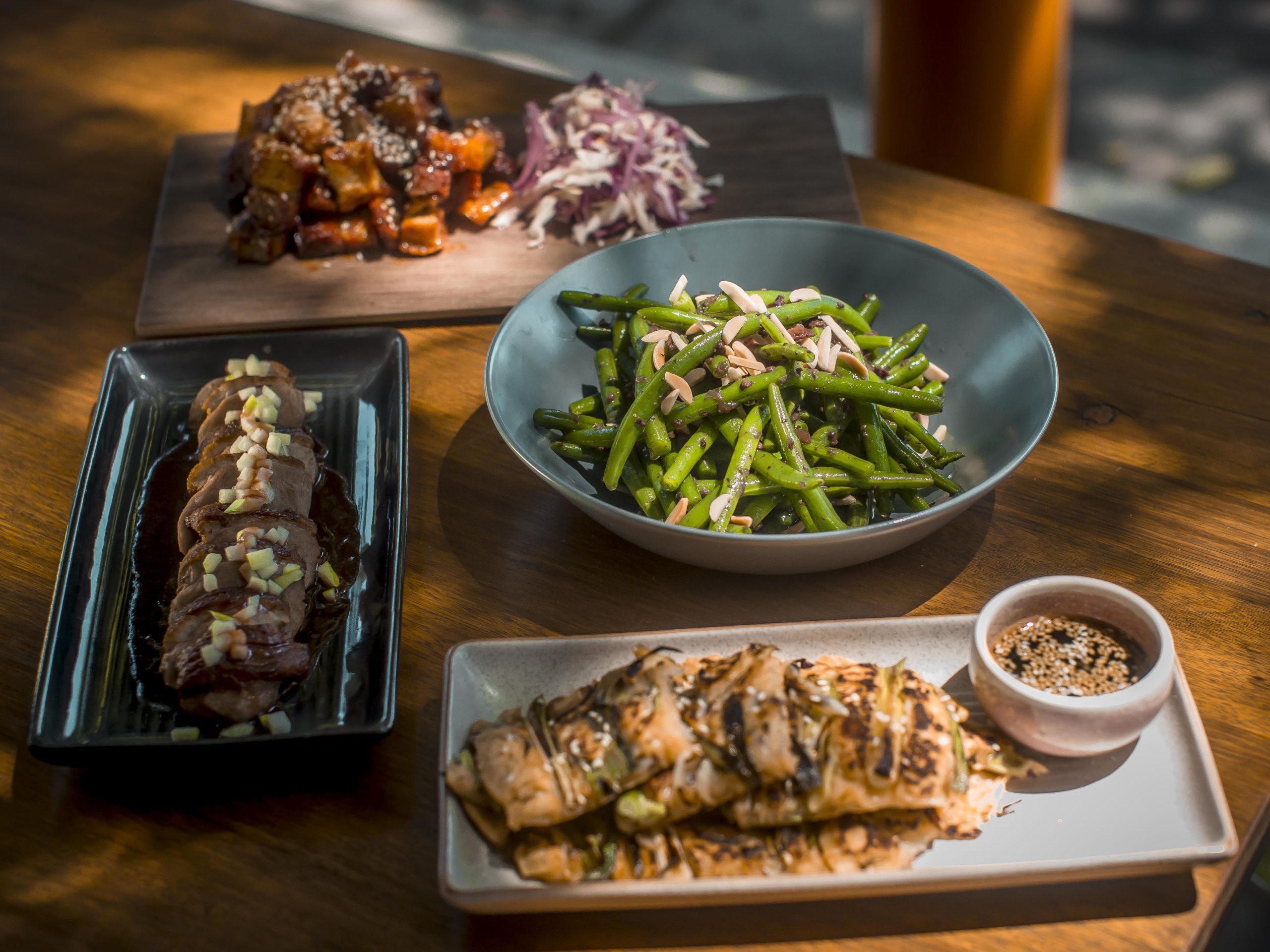 The small plates (the portions are far from small) are really the lighter options to graze on while sipping wine and people watching in the square. They run from $8-16 and include olive mixes, whitebait, eggplant and green bean dishes. The standout being the Korean spring onion pancakes with dipping sauce – a perfect accompaniment to a chilled white.

The bigger plates start at $22 and don’t go over $26, with an assortment of poultry, pork, beef and fish dishes. The duck breast will ensure even the boldest of red wines doesn’t become too much.

“We are the ideal destination for anyone wanting to get a meal with a glass of wine before an event in the city, we’re far enough removed from the hustle and bustle of the city but close enough to easily commute into the city or a nearby show, be it Fringe or the Festival Theatre”.

Like the wine, Paul says that he sources the food locally to ensure it’s fresh and that he’s helping South Australian small business.

“We support local suppliers because I have been in the business a long time and we need to help and support each other,” Paul says.

The outdoor dining along the footpath of Wellington Square enhances the friendly atmosphere of the wine house – a place that could easily become your local.

Beside each of the outside tables is a square of artificial turf, a cool spot for the local pooches to relax on after a play in the park.

Paul says dog owners have enjoyed his spot, so much so that he has included a “Furnu” of dog treats in the offering.

“Dogs are part of our lives, so of course they are welcome,” Paul says. 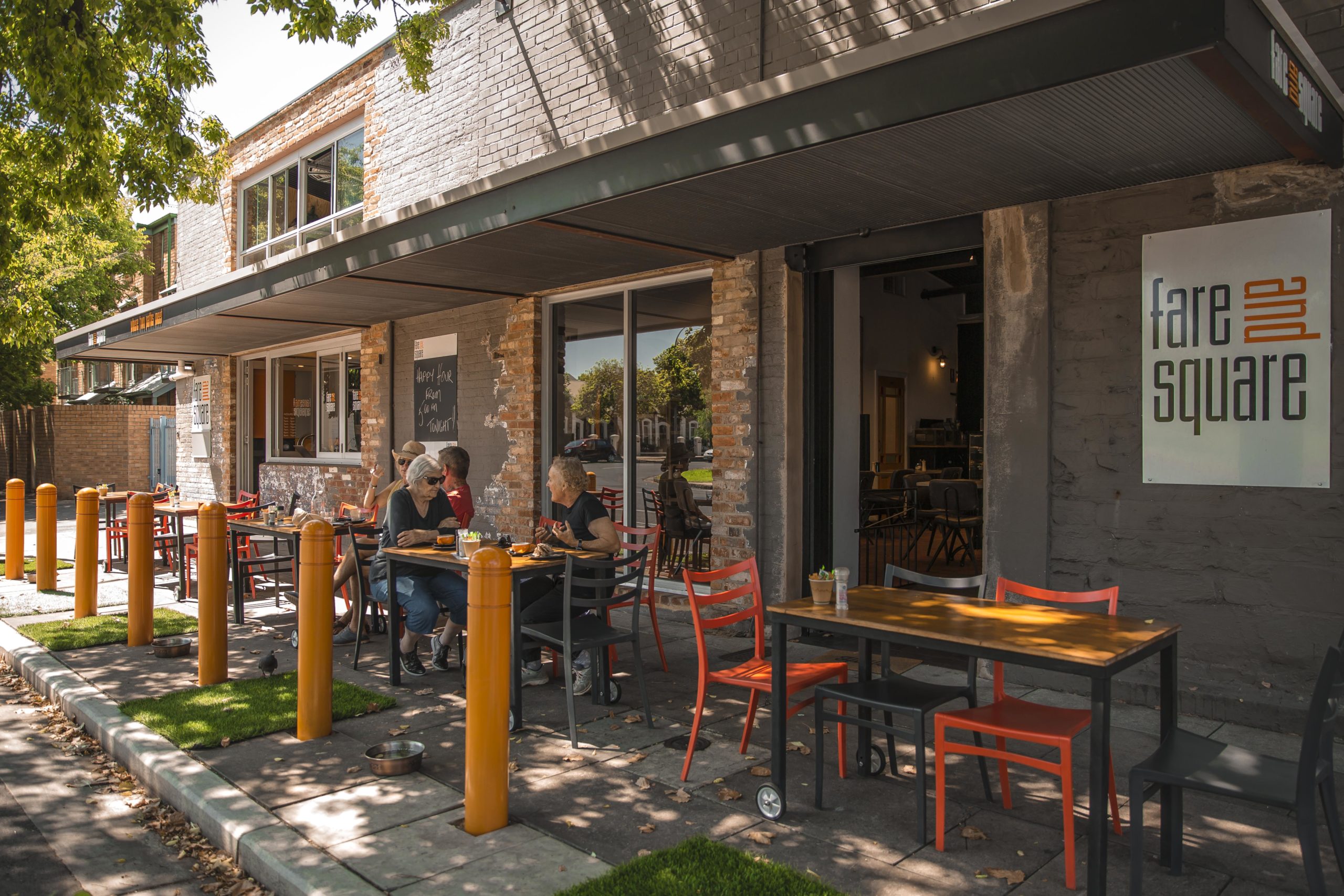 Paul says he’s designed Fare and Square to appeal to as many groups as possible, and the interior reflects the different moods from breakfast cafe to lunch room to meeting space and finally into a wine house.

“We can seat up to 70 people, with an upstairs area that’s perfect for meetings, with the venue also available for private hire for birthday or special occasions” Paul says.

“We’d love it if someone came in for a coffee and cake at 3pm, stayed for a wine and then joined us for some dinner.”