The ground-breaking dance production by DV8 won accolades the world over when it broke new ground in 1995 and was then made into an Emmy Award-winning film the next year.

Now choreographer Lloyd Newson, the founder of DV8, has brought his gritty performance back to life and has teamed up for the first time with Sadler’s Wells and Rambert as co-producers.

Newson says that working with co-producers has freed him to be even more creative in his remake of the work that will once again wow Adelaide audiences at the Adelaide Festival between 13-15 March.

“Rambert is the only repertory company that has offered me the opportunity to audition worldwide to find the right dancers for my work,” says Albury-born Newson.

“I was enticed by the prospect of being able to focus on the art, without the pressures of having to manage a company.”

Newson adds, however, that the core of the work – how men police one another’s behaviour for weaknesses and deviations from what’s considered traditional masculine norms – remains the same.

“I think with the advent of #Metoo and Brexit it’s a timely moment to revisit the work,” says Newson. 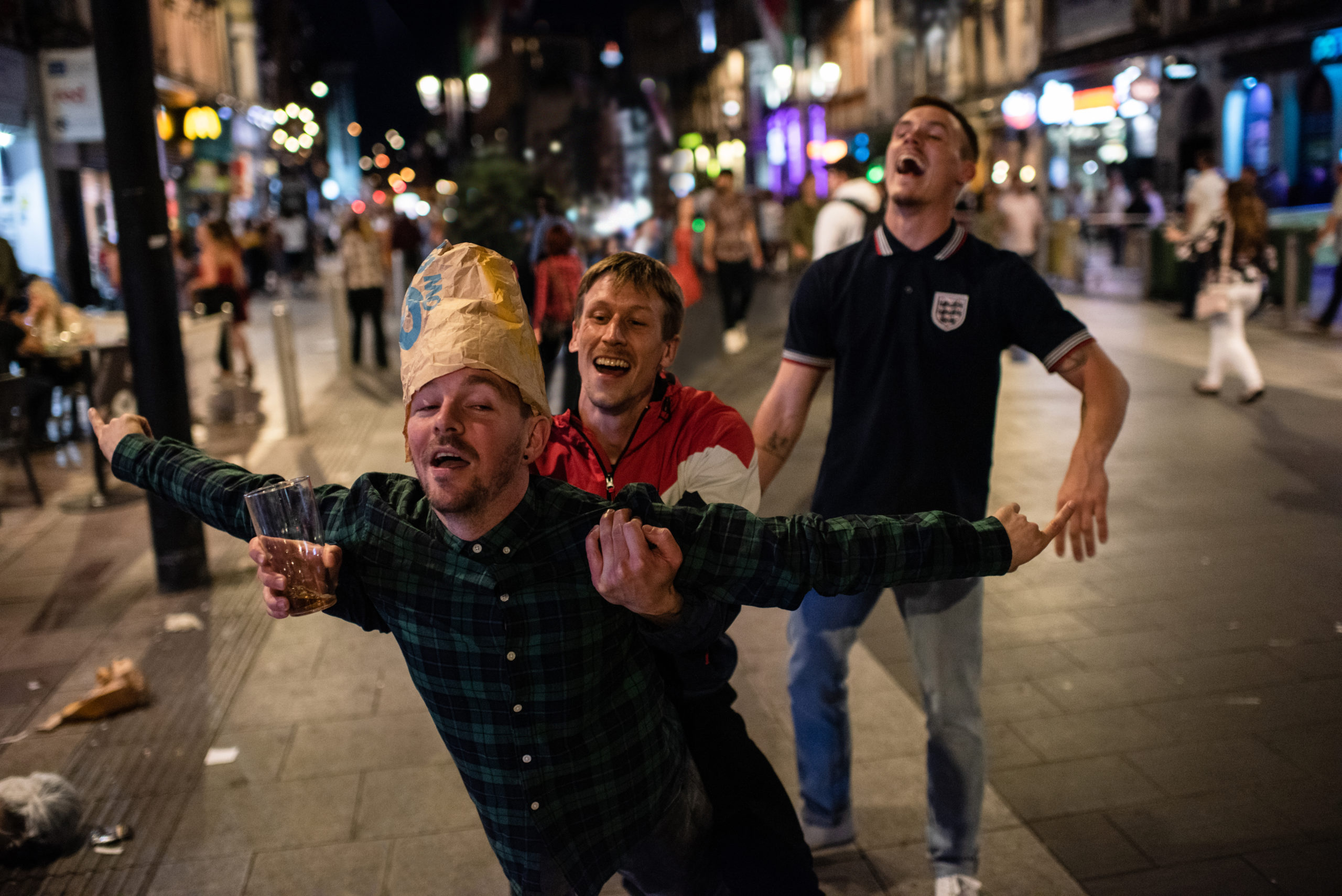 Will Rambert’s version of Enter Achilles be the same as the original 1995 production?

DV8 toured Enter Achilles for over three years and during that time I kept revising it.  There were also some cast changes, and this meant I’d rework the choreography to suit the incoming performer’s skills and personalities. The 1995 premiere was very different to the final show in 1998.

Consequently, I’ll make some changes to reflect the new incoming cast and a Britain 25 years on, however it’s also important for me to maintain the key elements and structure of the original production, because these gave the work its power.

For those people who haven’t seen Enter Achilles, what can they expect to see in Adelaide?

Enter Achilles celebrates the humour, fun and camaraderie that many men – especially working-class men – enjoy and shows how alcohol plays a significant role in their bonding – as well as being a catalyst for violence.  So, I set the work in a pub, designed by Ian MacNeil, who also designed Billy Elliot.

While Enter Achilles received overwhelmingly positive reviews, there was one critic who said your portrayal of the men within the piece was “too bad to be true”.

Interestingly, the person who said that was a woman.

Enter Achilles was based on my direct observations and experiences of men – as a man. There were a number of significant events happening in Britain at the time I made and toured the production. Football violence was endemic, for example there was a match between England and Ireland in 1995 where English fans rioted mid-game; dozens of people were seriously injured and parts of the stadium destroyed.  The following year, when we were touring Enter Achilles, England lost against Germany in the Euro 96 semi-final – German cars were overturned and set alight around Trafalgar Square.  In dozens of other locations around the country violence erupted, including a Russian student who was repeatedly stabbed by British thugs after being asked if he and three friends were German.

None of what happens on stage in Enter Achilles comes close to being as “bad” as this.

Enter Achilles doesn’t aim to speak generically about all men. The work is about a group of specific men, in a pub, on a specific night and what happens when an outsider enters their world.  Nonetheless the scenarios that then unfold are reflective of “traditional” masculine, rather than feminine, patterns of behaviour — be they innate or learned.

On an anecdotal level, when I was in A&E when my Achilles tendon operation became infected, two guys came in, they told me they were best friends. One of them had ‘glassed’ the other when a drunken argument they were having had escalated. Enter Achilles is tame in comparison.

Do you think ideas about what it is to be a man have changed significantly since you first made Enter Achilles?

Let’s take football again, only because there are some references to it in the work.

When I first formed DV8, English teams had been banned from playing in European football for five years because of hooliganism – it was referred to as the ‘English Disease’.  39 people died in the Heysel disaster, 14 Liverpool fans were subsequently convicted of manslaughter. It’s fair to say that the majority of football hooligans during this period were English men, not women, predominantly from working-class backgrounds. Compared to that, today’s calmer matches abroad clearly shows some things have changed – although police confiscating passports and banning alcohol in stands at matches helped reduce that violence considerably.

However, the pressure for men to conform to masculine stereotypes hasn’t vanished despite the wishes of many of the chattering classes and remains highly ingrained in the social conditioning of most men.

Don’t get me wrong, there are many admirable attributes associated with traditional masculinity, and Enter Achilles isn’t a blanket condemnation of masculinity, far from it. But it’s worrying today in the UK that 78 per cent of the perpetrators of violent crime are men, 74 per cent of homicide victims are male and men are three times more likely to commit suicide than women.

Interestingly, this year when the American Psychological Association (APA) said traditional masculine ideology had been shown to limit males’ psychological development, they got a fair amount of flack as a result.

While APA were quick to make clear they weren’t referring to every quality we associate with masculinity, they believed they had enough empirical evidence to show that many masculine ideals are often counterproductive to men’s emotional stability. That aspiring to these stereotypes can exacerbate men’s mental health problems resulting in violence towards others or themselves – suicide, excessive drinking, reckless behaviour.

The British police receive 100 calls relating to domestic abuse every hour; where the perpetrators, again, are mainly men. If England loses in a world cup match, that number will increase by 38 per cent. That’s not a good ad for modern day man.

One of the questions we asked back in 1995 when making Enter Achilles was, we accept men have historically oppressed women, but how oppressive have men been to themselves?

So, to answer your question, there has been some chipping away at the negative aspects of masculinity: the violence, sexism and homophobia but as the stats show the problems haven’t disappeared.