For veteran drag performer and Fringe Ambassador Fez Fa’anana, hosting the Garden Gala on Monday nights is an opportunity to offer a program that goes to the heart, and the roots, of what the Adelaide Fringe is all about.

Fez sees the Gala as a melting pot of tried and tested talent, but also, and perhaps more importantly, of what is new and what is emerging from the edges that might surprise or shock audiences.

“Fringe is about accessibility, it’s in the name, it’s about what’s sitting on the fringe of the city, on the fringe of creativity, so (the Gala) is a great place for people to see if they can grow a show or a concept,” Fez says.

“I think it’s really important to program things that people are familiar with, and it’s also good to challenge people with something a little bit risqué, something political maybe.”

Fez also thinks it’s important to give emerging artists an opportunity to perform alongside a variety of performers, including hard-core experiences.

“Adelaide has been at the forefront of Fringe festivals in Australia,” Fez says.

“It’s been the start of so many iconic companies that are currently on the road, (including) us as a company, and me as a solo artist. I thought I was going to be a contemporary dancer in a theatre company and it turns out I’m a drag queen and I’m hosting a bunch of variety shows.”

True to any gala, Fez won’t reveal which artists he has in mind this year, but says there will be a focus on variety. 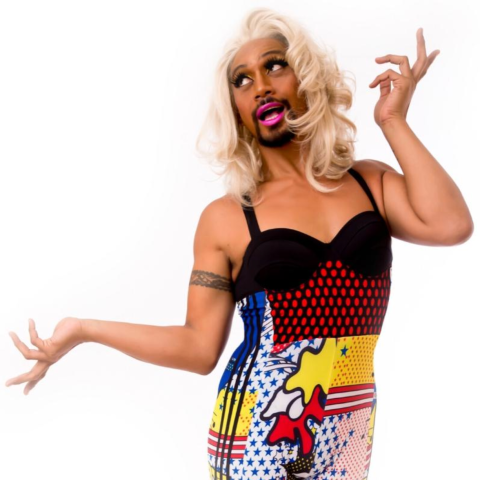 “There will definitely be a really strong presence of physical theatre, of circus, a live music element, cabaret, and we’re also going to find something that’s a little bit left of centre, a little bit shocking,” he said.

“We’ll be trying to find the controversial, or the confronting or the wow factor act of the Festival that people are murmuring about.”

According to Fez, while Monday was traditionally a rest day for Fringe performers and show-goers alike, it’s become a duel opportunity for new acts to find an audience and audiences to see something they otherwise never might.

“Now that (the Fringe) has grown into a thing that encompasses five weeks and has a program that is bigger than it has ever been before, Monday’s now a day when (performers) are trying to get shows up.

“The Garden is one of those places that has the foot traffic that encompasses people who have it as a destination but also people who don’t know what they want to do – people that rock up at the Garden and go ‘OK, what’s in front of me? What’s happening in the next ten minutes, or half hour, or hour?’”

“Again the Garden Gala is a great way to get a tester and decide what kind of show you want to see over the next few days.”

Fez’s advice is to get a Garden of Unearthly Delights program and circle things that look like they are in your world of taste.

“Of course there is going to be a favourite you will find but then there’s also going to be people you find and go ‘Oh, who’s this person, I’ve never seen them before’.”

Tickets are on sale for the Garden Gala at the Adelaide Fringe website.