On any given day the Royal Flying Doctor Service (RFDS) will airlift more than 100 patients across the country to hospital and specialist care.

With 75 aircraft in the fleet — Australia’s third-largest airline — the service continually innovates with its fleet as technology improves to provide better options for in-air care.

Now the RFDS has launched the world’s first purpose-built aeromedical jet, its Medi-Jet 24.

Partnering with Pilatus Aircraft, the RFDS designed the interior of the Medi-Jet 24 to replicate an intensive care unit for up to three patients and four clinicians. 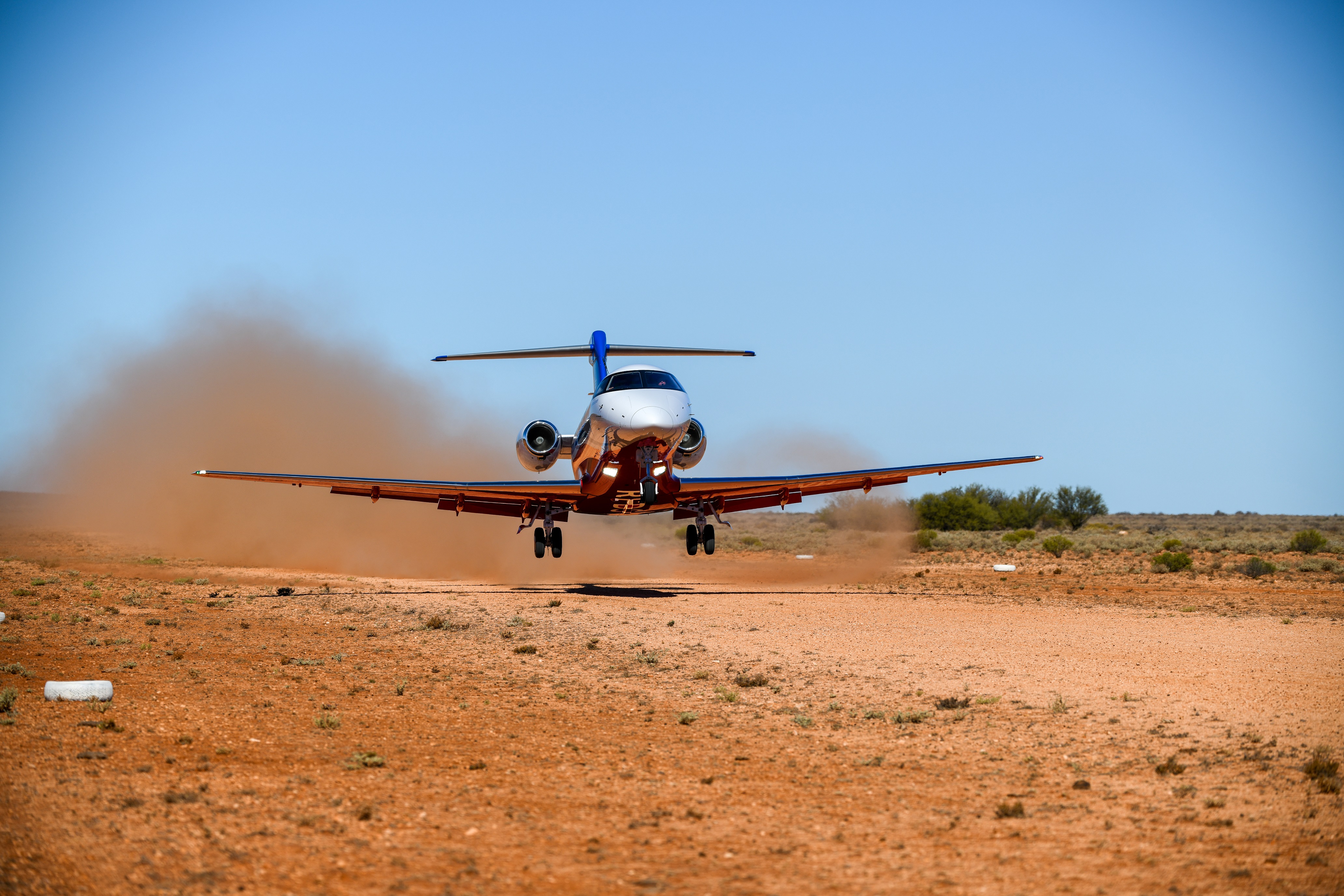 The single pilot jet can land on dirt airstrips which, in many instances, could halve critical mission times.

“From the base in Adelaide, we can [now] reach anywhere in Australia without refuelling,” says RFDS Executive General Manager, Marketing & Public/Stakeholder Relations Charlie Paterson.

“In its first 100 days of operational service, the Medi-Jet 24 performed 78 air medical missions, flew over 100,000 kilometres and, most importantly, airlifted 128 patients from 21 locations throughout Australia,” Charlie said.

RFDS Central Operations Nursing Director Vikki Denny says they never know what medical emergency they will respond to each day.

“You might be going to pick up a two-year-old with asthma in Ceduna one flight and then you’re off to get a cardiac patient in Streaky Bay. Then you might have a labouring lady in in Kangaroo Island,” she says. 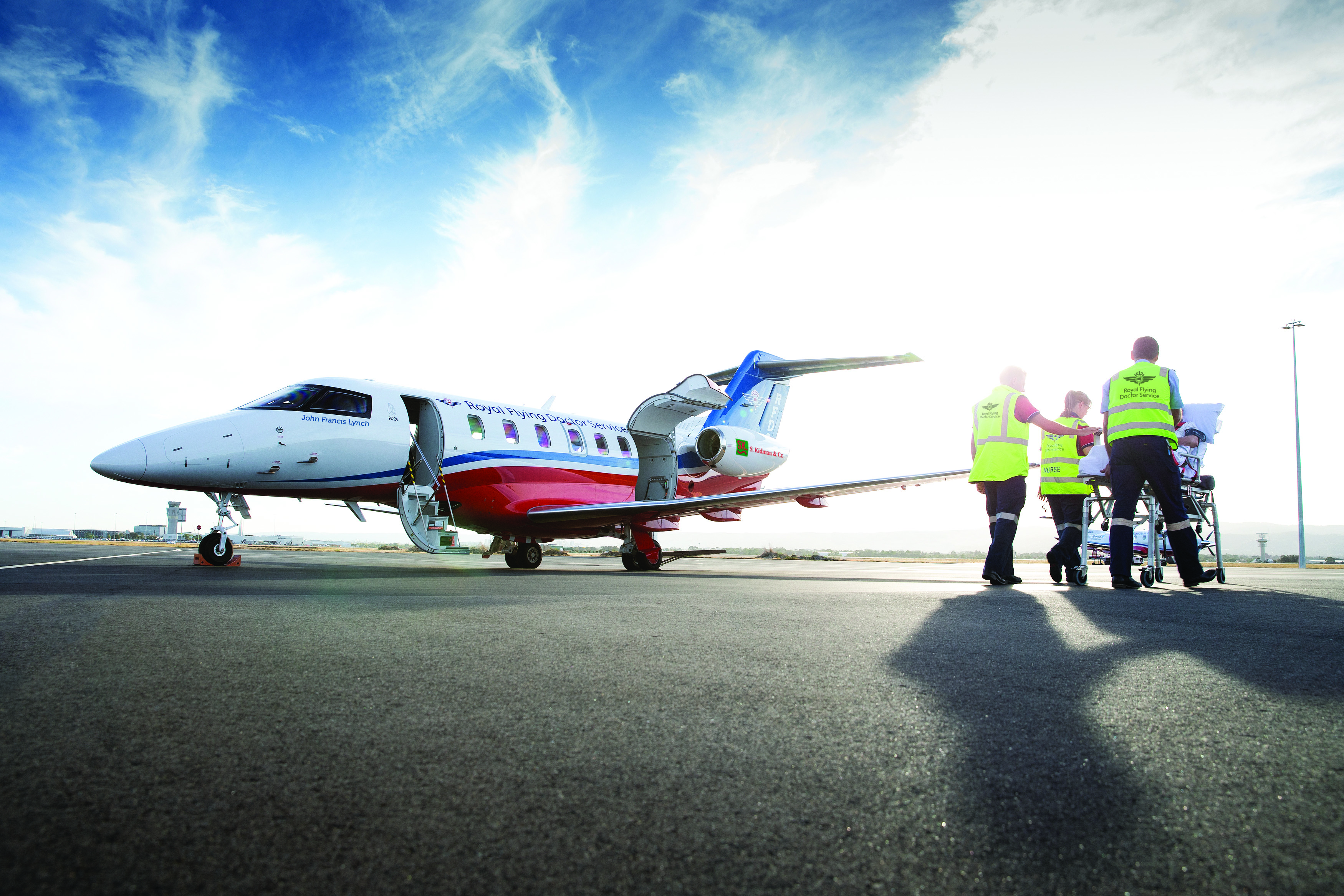 “We use our skills all over the place – you never know when you’re going to need them.”

Vikki recalls one of the first jobs the RFDS completed with the Medi-Jet 24 was taking a very unwell woman from Alice Springs to Melbourne.

“She [had a] brain infection and required further surgery so that speed in getting her from Alice Springs to the eastern seaboard made quite a difference in her recovery,” she says.

The RFDS has been an integral part of healthcare for people who live, work and travel in rural and remote Australia for more than 90 years.

The Royal Flying Doctors also offers GP and nurse clinics, dental care, vaccinations and mental health services to the community. And as many rural Australians deal with the fallout of ongoing drought conditions and worsening natural disasters, the efforts of the RFDS are needed more than ever. 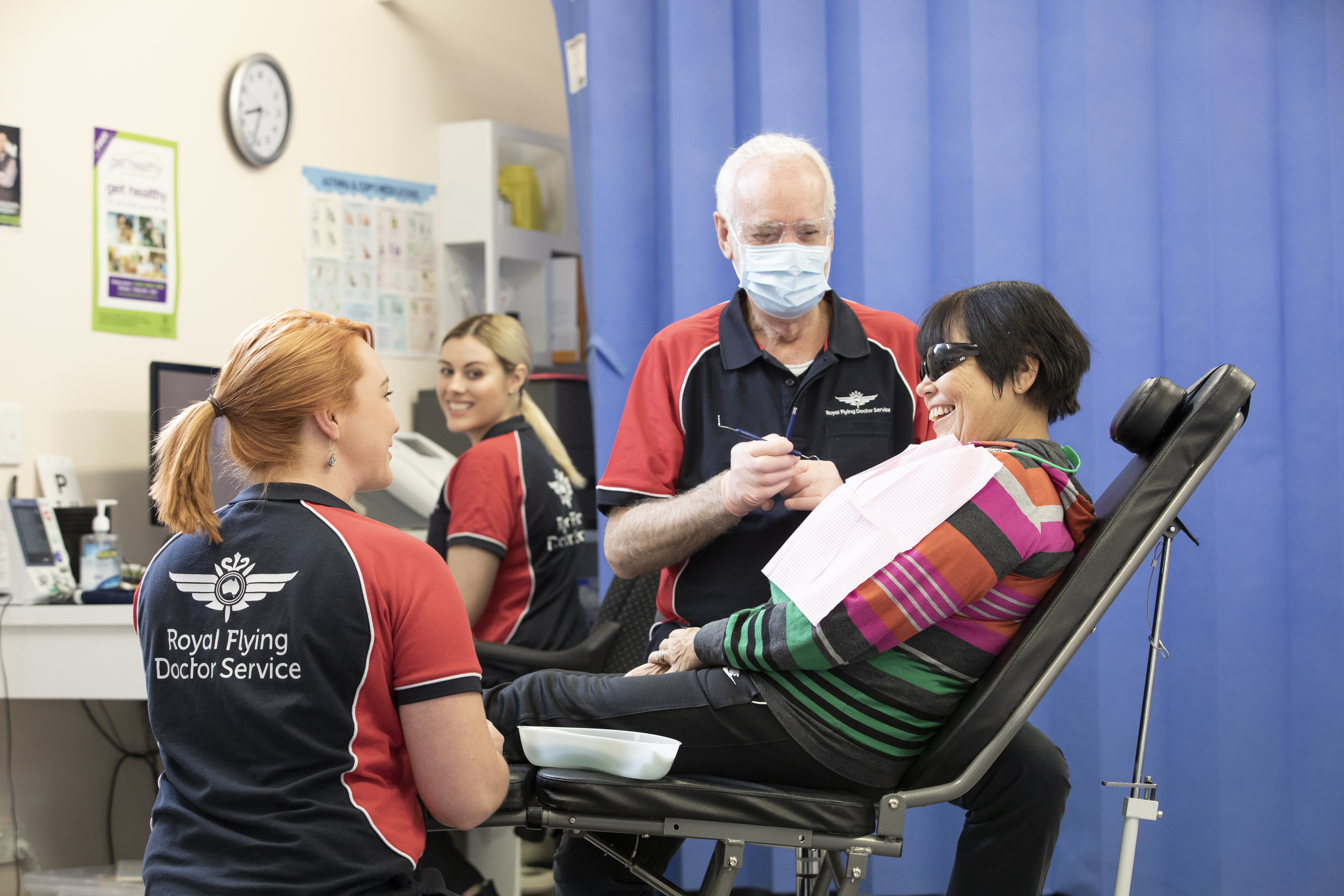 However, it’s not just remote Australians who receive care from the RFDS.

Almost 5 per cent of patients airlifted from South Australia have an Adelaide postcode – the metropolitan service might rush babies to Melbourne for heart surgery or take organ recipient transfers interstate.

The RFDS Central Operations has been an ANZ customer for more than 60 years and the bank works closely to help finance new aircraft – including the Medi-Jet 24.

“We’re experts in medical care in rural and remote Australia but we’re not experts in finance,” says Charlie Paterson.

“We purchased [the Medi-Jet 24] in US dollars and worked very closely with ANZ [who gave] us advice on how to hedge our money.

“That made an enormous impact on the actual cost that we purchased the aircraft for.”