Like many, director Nescha Jelk describes Jasper Jones as “iconic”.

“It explores some really big ideas that tap into the psyche of Australia,” she says.

“And also concepts of what I think we as a nation are still struggling with.”

The book Jasper Jones has sold more than half a million copies internationally and is dubbed the Australian To Kill a Mockingbird.

The book’s aptitude to sit close to Australians like a friend, while psychologically examining their prejudices, has earned it a reputation as a gripping and seminal national text.

The novel was adapted into film by director Rachel Perkins in 2017 and to the stage by celebrated playwright Kate Mulvany.

Now, coinciding with the 10-year anniversary of the book’s release, Nescha Jelk will direct State Theatre Company’s production of Jasper Jones from August 16 to September 7 at the Dunstan Playhouse.

“Taking on this work is a privilege and is very daunting,” says Jelk, who has previously overseen works like Othello and Terrestrial.

But I think I love this play because it really challenges me and makes me think about the world differently.

“Something about seeing Charlie Bucktin wrestle with issues, like violence and racism, gives us permission as an audience to wrestle with them as well.”

Jelk says the play’s ability to monochromatically explore the tragedy of discrimination, violence and suicide in Australia while highlighting the comedy of friendship that can accompany the fight, is what makes the play special.

“It’s been an interesting balance to strike but a really fun one as well,” says Jelk.

“Understanding the reality of how horrific that stuff is, but it’s also honouring the joy in the work as well – the joy, the friendships, the joy of having some kind of sense of hope through the work as well – is what makes it meaningful.”

Jelk says the 1960s was a charged moment in Australian history, and examining it on stage gives us insight into where we are now.

“The 1960s was a time where we thought we as a nation were growing up – that we were going through some civil rights movements and things like that – but we didn’t,” she says.

“We took a few baby steps along the way, but we’ve got a lot of work to go.” 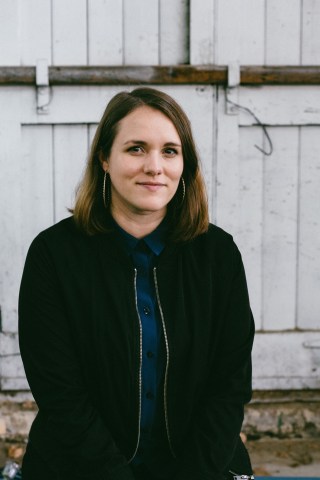 For her interpretation of Mulvany’s work, Jelk says she heightened certain elements, like the set, to highlight how Australians and Aboriginals have juxtaposing views of what the landscape means to them and how that is perpetuated in literature.

“It felt like Jasper’s place is the most important space in the book and in the play,” she says.

“I felt like that line, where Jasper says, ‘this is my space’… and it felt really important to honour that and that the stage was his space as well.”

“I wanted Corrigan [the fictional Western Australian town] to impose itself.”

Jelk did this by making the set an embankment with a eucalyptus, and when it becomes Jasper’s space there will be wattle present, but when it’s Corrigan there will only be fragments of door, a bit of a sleepout or something that’s wheeled or flown in.

She says she tapped into her own colonial history to inform this decision.

“The cast and crew and I had this panel discussion where we were talking exactly about this, as landscape as character, and how my ancestors who came to this land dominated and invaded the land, and others had a very different relationship to land.”

Charlie, played by James Smith, and Jasper, played by Elijah Valadian-Wilson, will traverse a set envisioned by resident designer Ailsa Paterson while being illuminated by Tony Award-winning Nigel Levings and backdropped by the sonic landscape of Andrew Howard’s musical compositions.

Jelk says she also accessed her discomfort of being a “privileged white” woman to inform the narrative, and this feeling was pivotal to the text as a whole.

“While I was researching the work, and putting it together… I was looking around and just realising – and I’ve always known but just taking in a fresh view – of how white it all is,” she says.

“And how we’ve gotten used to that, quite terribly.

“I’m noticing I get uncomfortable as a privileged white person, but also I just need to get over it. My discomfort versus someone else’s oppression… it’s just like toughen up.

“We need to be frank about this conversation.”