SA Health launched its new campaign, Better Greener, today as part of its Green Infrastructure project to raise public awareness about the health and wellbeing benefits of green spaces in metropolitan Adelaide.

Carmel Williams, who manages health determinants and policy for the Prevention and Population Health Branch at the Department for Health and Wellbeing, said the aim of the campaign is to help raise awareness of the benefits of green spaces on communities and ecosystems, while promoting the provision of public parks and private gardens to ensure South Australia remains liveable and sustainable.

Increased urban infill and housing densities, on the back of high demand for small lot housing and apartment living, has seen a significant decline in tree and shrub canopies, especially in Adelaide’s metropolitan areas.

Although compact urban forms support effective use of services and infrastructure—with better access to public transport, employment and entertainment—there exists an emerging challenge to ensure communities have daily access to public green spaces, such as parks and sporting grounds.

“The evidence is telling us that being exposed to nature, green nature in particular, is good for both our mental and physical wellbeing,” Williams says.

“Green spaces promote people to be physically active. They provide opportunities for people to be socially connected, to meet and engage with each other.

“They also address one of the other issues that’s emerging in our society—increasing incidences of people feeling isolated and experiencing loneliness.

According to SA Health and a World Health Organisation report on urban green spaces, people with better access to parks and other green spaces have been shown to be less stressed, , become ill less often and are less likely to be overweight.

Green spaces also have significant ecological benefits for metropolitan areas since they clean the air, absorb floodwater, ensure the survival of native flora and fauna, provide space for local food production, and cool the urban environment.

“They can support biodiversity which is also good for our health and has impacts on our immune system, so we want to be exposed to a range of biodiverse environments,” says Williams.

She says the campaign is aiming to change behaviours so that the community more actively advocates for the replacement of some of the green cover lost to urban development, with trees in particular considered the powerhouses of green space.

“Adelaide has got one of the lowest rates of tree canopy coverage across Australian capital cities,” she said.

“What we’re really wanting to do is to encourage people to care for the green space that they’ve got and to highlight the important role that they play in supporting our health and wellbeing.”

Adelaide metropolitan residents are increasingly residing in housing with small or no backyards, since fence-to-fence development often consumes the whole block and fails to take into account the importance of the amenity of private open spaces.

“People are cutting down their trees and giving up their backyards to subdivide their land,” Williams says.

“That’s contributing to the loss of green space in our suburbs.” 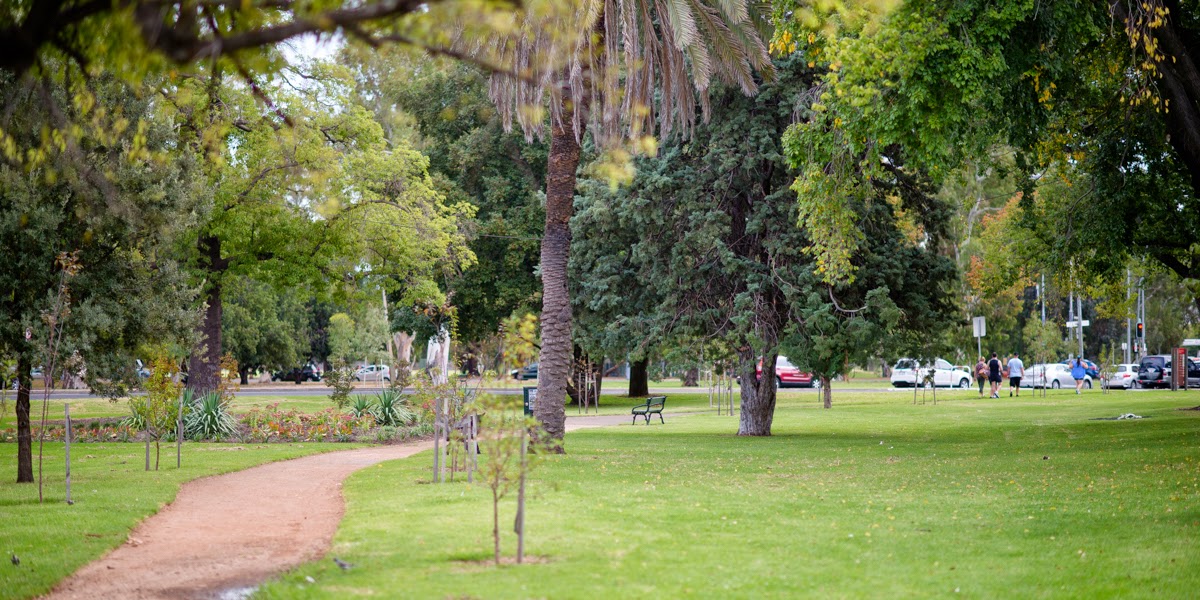 A recent report called Valuing Green Space conducted by South Australian market research firm Square Holes found a significant loss in tree and shrub canopy and an increase in hard surfaces, such as paved driveways, between 2013 to 2016 in 17 councils in Greater Adelaide.

These changes in land cover are driven primarily by changes on private land where development trends have shifted to small-scale infill characterised by hard, impermeable surfaces.

The aim of the campaign is to not only address awareness issues, but to also change the public’s mindset in choosing housing types, and to ensure future urban infill developments are providing quality green spaces for the community.

“We’ve done some focus group testing before and found that people intuitively value access to nature and green space, but they’re a bit surprised to hear that it’s in decline,” says Williams.

“There’s an assumption that state, local and federal government is caring for these spaces.”

The campaign will help remind South Australian residents that they also have a role to play in protecting and caring for green spaces in their neighbourhoods.

“We’re not wanting to make it all their responsibility, it’s got to be a shared responsibility—government, community, private sector all coming together,” says Williams.

“We’re trying to raise the profile and to make sure people are getting informed, and that they recognise that it’s not a status quo, things are changing, and that they have a role to play in how much or how little our natural environment changes.”

The campaign also provides South Australians with an opportunity to voice their opinions about the green spaces they value in their communities by completing an online survey.

“We’re just wanting to get an understanding of what green space means for South Australians, particularly people living in Adelaide,” says Williams.

“What people feel about it, what their sense of responsibility is for it from their perspective, and to identify ways in which we can help the community to care for the green space that we have.”

The survey will run for two weeks from the Healthy Parks Healthy People page on the SA Health website. sahealth.sa.gov.au/BetterGreener