While suicide is the 14th leading cause of death for non-Indigenous Australians, it is ranked fifth for Aboriginal and Torres Strait Islander people.

We often equate suicide with mental illness, but as a recent Senate inquiry report into rural mental health found: “In too many cases, the causes of suicide for Aboriginal and Torres Strait Islander peoples is not mental illness, but despair caused by the history of dispossession combined with the social and economic conditions in which Aboriginal and Torres Strait Islander peoples live.”

This statement should not be a surprise, but it is all too easily forgotten. A diagnosis of mental illness is only one of a number of risk factors for suicide.

Not just a mental health issue

The medicalisation of suicide may have distracted us from the fact that suicide is a complex social phenomenon, deeply embedded in culture and history.

A diagnosed mental illness is present in only about half of those who die by suicide. A study examining suicides in Victoria between 2009 and 2013, for instance, found 48 per cent of the 2,839 people who took their own life had no history of mental illness diagnosis.

The statistics are even more extreme for other cultures. In China, fewer than 50 per cent of people who died by suicide had a diagnosed mental disorder; in India, fewer than 40 per cent. And in Malaysia, the proportion was only 22 per cent.

Research tracking an audit of suicide and self-harm data in the Kimberley region between 2005 and 2014 found that 70 per cent of Aboriginal and Torres Strait Islander people who died by suicide had never been referred to the Kimberley Mental Health and Drug Service and were unknown to this service.

While a history of mental illness diagnosis remains an important risk factor, it can sometimes overshadow other factors. There are specific cultural, historical, and political considerations that heavily influence the high rates of suicide among Aboriginal and Torres Strait Islander people.

The importance of these factors, particularly for people living in remote and very remote communities, must be considered in the context of other crucial elements such as a history of dispossession and transgenerational trauma.

Transgenerational trauma refers to the transfer of the impacts of historical trauma and grief to successive generations. For instance, the trauma can be transmitted from one generation to the next through cycles of family violence. These multiple layers of trauma can have a cumulative effect and increase the risk of destructive behaviours, including suicide.

Many Aboriginal and Torres Strait Islander communities are, in essence, not just going about the day, but operating in crisis mode on a daily basis. 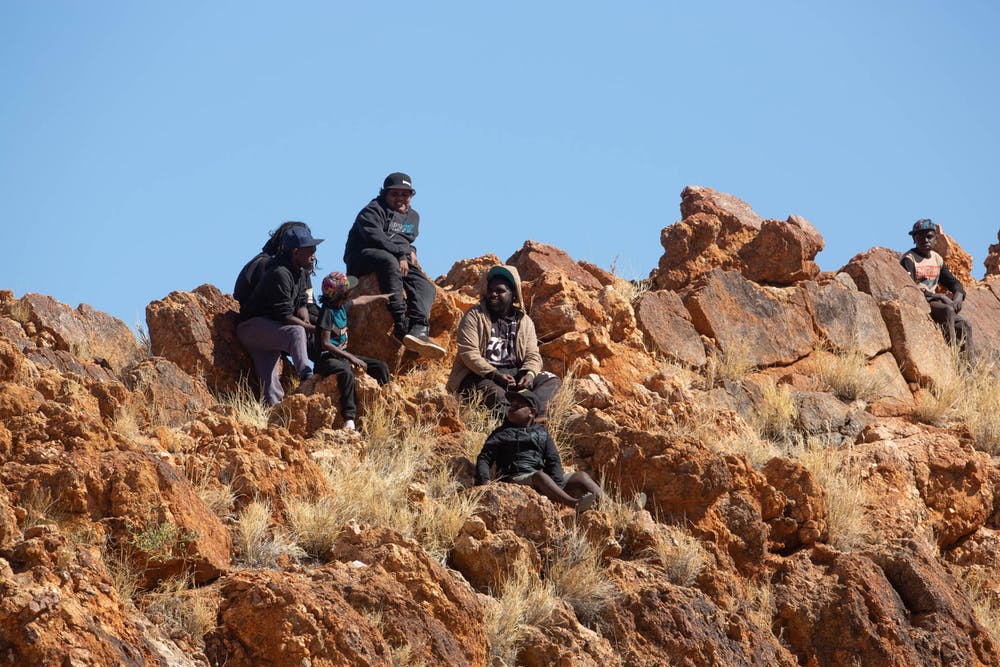 Aboriginal and Torres Strait Islander people need to be empowered to make their own decisions and drive their own reform. Glenn Campbell/AAP

We need to reconsider mainstream assumptions and solutions that see suicide primarily as a mental health issue. Aboriginal and Torres Strait Islander peoples must be able to control the things important to them, and influence and shape the environments in which they live, work and play.

Prior to colonisation, Indigenous Australians could control their day-to-day living in ways that have been largely denied to them since.

Aboriginal and Torres Strait Islander peoples need the support and resources to find their own solutions. Having solutions provided to them, or coaxing them to adopt solutions discovered by others, will not work very well or for very long.

A social and emotional well-being understanding of psychological functioning should underpin efforts to address suicide. This model is a distinctively different way of conceptualising a person’s state of mind.

It emphasises connections or relationships with and between the body, mind and emotions, family and kinship, country, culture, community and spirit, spirituality, and ancestors. This should make it possible for people to feel more engaged with, and in charge of, their lives.

An evaluation of a locally developed program in a very remote community that embraced the principles considered crucial to suicide prevention programs for Aboriginal and Torres Strait Islander people reported a dramatic reduction in suicides over a three-year period.

This program involved extensive community involvement and consultation. There were Aboriginal (including a traditional healer) and non-Indigenous people operating the program, with different activities based on community needs and interests. The program was closely connected to the local primary care clinic.

A model that addresses social and emotional well-being could be useful for all Australians. If we prioritise this model, rather than the mainstream concept of mental health dysfunction, we might finally make some inroads into the far-too-frequent occurrence of Aboriginal and Torres Strait Islander suicide.

Listen rather than tell

As non-Indigenous contributors to the solution, we need to listen rather than tell, because in this terrain we are not the experts. Even in the writing of this article, the non-Indigenous first author prepared this document under the guidance and tutelage of the second author, an Aboriginal man, with cultural connections to Derby and the Pilbara.

It remains to be seen if we are up to the task but, ultimately, the stakes are too high to fail.

This article first appeared in The Conversation.