The old saying would have it that there must be something in the water in Yorke Peninsula, given the sudden explosion of high-end food and booze venues that have popped up there over the last five years.

But, Watsacowie Brewing Company co-owner Brendan Phasey says the more accurate explanation would be that there’s something in the soil.

“Yorke Peninsula grows some of the best malting barley in the world,” he says, “and we thought it was kind of odd that there wasn’t a brewery here.”

Since late 2017, Brendan and his wife and business partner Roxanne Phasey have been making the most of that world-class barley by turning it into craft beer that is as unmissable as the region’s views. The couple’s accessible approach to brewing in their Minlaton operation has seen the business go from strength to strength.

“Our main goal from the start was to create balanced beers,” says Brendan. “We try to have something on tap for every taste – we have some simple, lower alcohol beers, similar to what you might find in your local country pub… we call them gateway beers.

“A lot of customers will start on those and then move into our more crafty beers.”

Roxanne and Brendan moved to Yorke Peninsula specifically to start the brewery, and have been delighted with the sense of community, the morning beach swims, and the sneaky fishing trips the sea change has afforded them.

All of those benefits were somewhat expected, but what they didn’t bank on was becoming part of a new wave of entrepreneurs in the region – all of whom are making food and drink that draws on the region’s singular qualities to create flavours that can only be tasted on Yorkes.

“There’s starting to be more and more businesses and there feels like there’s a real buzz starting down here,” says Brendan.

Among those must-visit new businesses is the region’s first distillery – Sunny Hill Distillery, which is sure to become one of those SA destinations that clogs your social media feeds and induces green-eyed envy in those who haven’t been. It’s opening soon to serve up house-made gins and vodkas in its custom-built tasting room, so there’s still time to be among the first to experience it.

Watsacowie and Sunny Hill join early pioneers of the Yorke food and beverage scene like Barley Stacks Wines and the Coopers Alehouse at Wallaroo.

Located near Maitland, Barley Stacks uses the productive soil of the region to grow not barley, but grapes, which take on the influences of the limestone-heavy earth and coastal climate. The award-winning wines Lyall and Cynthia Schulz have produced under the Barley Stacks label over the last decade have come to symbolise Yorke Peninsula’s emerging flavour identity, and should not be bypassed by those on a journey to discover the region.

The Coopers Alehouse has earnt a similar position as a Yorke Peninsula flavour ambassador, after years of using local produce to inspire its up-market pub menu. Seafood, of course, is a highlight feature – with ingredients like local garfish and Spencer Gulf prawns playing a starring role in dishes that smack with a freshness that make this one of South Australia’s most under-rated dining experiences.

Kristen Colliver grew up on the Yorke Peninsula, but it was when she left that she truly learned to appreciate it. After living in Adelaide and traveling through Europe, she knew that there was something special back home.

“I always thought it was good here, but moving away and coming back you see that it’s really awesome,” she says. “I definitely know why people holiday here now. I wouldn’t want to be anywhere else.”

Kristen had left the region to go to university, and when she returned to the natural beauty of her home she realised that there was something she could add – a little taste of the food culture she’d come to love on her travels.

That’s why she opened up café Nook and Nourish in Moonta four years ago. 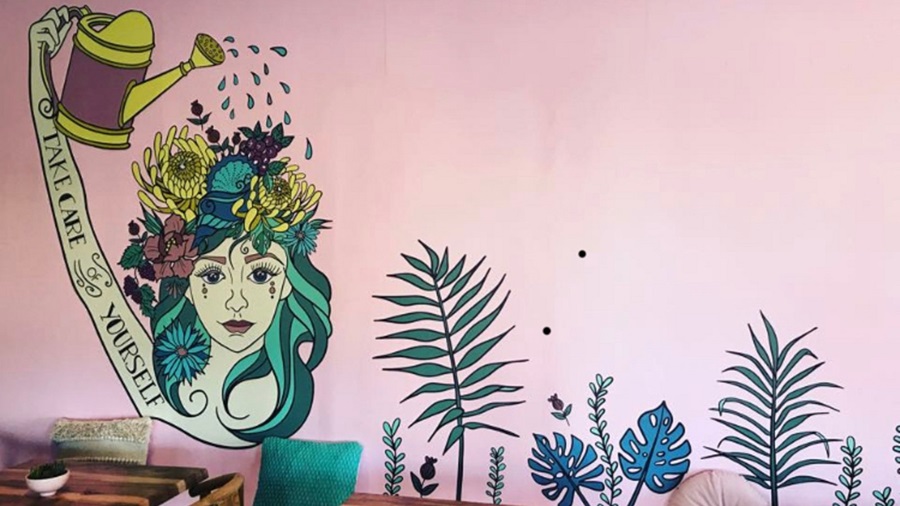 “I could see there was a little niche market for what I wanted to do,” she says. “Fresh, wholesome nourishing food, it’s real food, with none of that nasty processed stuff.”

Moonta residents were more than ready for what Kristen offers, and she says their support is constant. But, if anything, the response from visitors is even more enthusiastic.

“Tourist season is just massive,” says Kristen. Travellers’ reviews confirm that Nook and Nourish is a “must-try” and even go as far as saying the coffee makes them “wish I lived there”.

Kristen’s café is no lonely bastion of cultural sophistication in the area though. Accommodation providers like Yondah Beach House, Bayside Glamping, and Hillocks Ocean Pod are luxurious alternatives to the family shacks of days gone by.

In 2016, Yondah won the Qantas award for Best Deluxe Accommodation in the country, with the architectural building featuring sophisticated design thinking that creates a stillness amid the rugged coastal location.

The home started out simply as a private beach house break from the city for owners Michelle Bain and Nick Cureton, who were looking, “to get a regular nature fix… for a coastal escape that we could get to easily after school on Fridays – somewhere secluded and beautiful.” It became so popular among their friendship group that they ended up opening it to the public – sharing with everyone the allure of a place that can only be understood if it is experienced.

Both Hillocks Ocean Pod and Bayside Glamping, meanwhile, are the perfect way to access the nostalgia of camping trips on Yorke Peninsula, but with the welcome addition of modern, luxurious amenities. The properties are glamour camping set-ups that leave space for cook outs and evenings spent watching the windswept sea, but also offer the chance to wind down inside with a glass of wine and cheese board (preferably prepared by your friend or partner, so you can truly relax). The feeling of being pampered while sitting right at the edge of the world is something that can’t be forgotten.

For those whose sense of wonder is a little more physical than taking a curious vantage on the beauty of Yorke Peninsula from a safe and comfortable distance, there’s plenty of adventure to be found in the region as well.

While these experiences are popular with out-of-towners, only a handful of savvy South Australians have discovered them – and those that have feel like they’ve stumbled upon gold in their own backyard.

One for the highest-octane thrill seekers is Adelaide Tandem Skydiving (ATS). A lot of people might not think there would be many chances to take in the view while falling out of a plane, but ATS owner and operator Allan Gray says otherwise.

His business, which is located on the way to Yorke Peninsula along Port Wakefield Road, gives everyone a chance to see the region the way the birds do – from way up high, laid out like a surreal and uncommonly stunning patchwork quilt. Like the sensation engendered by the view from a plane, but much more visceral, Allan’s professional skydives are that once-in-a-lifetime experience that can help you understand the true enormity of the universe while also getting an unprecedented adrenalin rush and providing excellent social media fodder.

Of course, leaping from a plane is not for everyone. In the township of Stansbury, Pacific Estate Oysters creates an adventure that is a little more gentle with its ‘Deckie for a Day’ tours, which sees Steve and Gerri Bowley take inquisitive travellers out to sea on their working oyster boat.

While guests are welcome to sit back, relax, enjoy the idyllic surrounds, and be handed oysters straight from the ocean to eat, they’re also encouraged to leap in the water and see how harvesting happens – a rare chance to get real insight into life on the tides of Yorke Peninsula.

There’s more to the beauty of Yorke Peninsula, too, than just a collection of aesthetically pleasing landscapes. Many South Australians who have visited well-known landmarks like Innes National Park think they know the full story of the region, but there’s still plenty of secrets to be found in these places.

Quenten Agius operates Aboriginal Cultural Tours, taking people through his traditional Adjahdura Land and passing on some of the deep knowledge of country his culture keeps safe. The various tours cover Innes National Park, the Aboriginal township of Point Pearce, and sites along the East Coast, including ochre and tool quarries and an ancient fish trap.

With his passion and commitment to sharing the beauty of his culture, Quenten is able to bring a whole new depth of understanding to the wonders of the Yorke Peninsula.

After a brief glimpse of the coast, the wildlife, and the land through his eyes, it becomes clear just how special this region truly is. 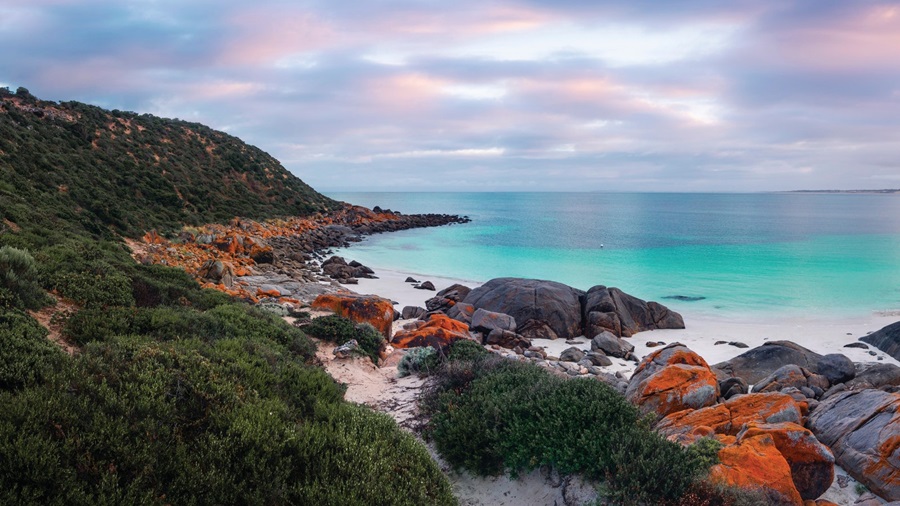 Make a start with this three-day itinerary, but remember that there’s so much more to see.

Solstice Media has partnered with the South Australian Tourism Commission to tell South Australian’s the reason why they need to take their next holiday in their own state.

Explore more of the Yorke Peninsula