Ahn has travelled up and down her native land, videotaping older women dancing. In a video sequence embedded in the show we see grannies dancing everywhere, in the most improbable of spaces and while engaging in activities seemingly unsuitable for dance. They dance in parks, fish farms, forests, fields, food stalls, and in impossibly small shops.

But where the grannies truly amaze and delight us is when they appear onstage, following an opening sequence featuring Ahn herself and an energetic troupe of highly-accomplished younger dancers.

While the younger dancers thrill us with their energetic twists, twirls, and leaps across the stage in an infinite variety of colourful clothing, it is the amateur troupe of 11 senior women, the eldest being 83, who are the stars of the show. 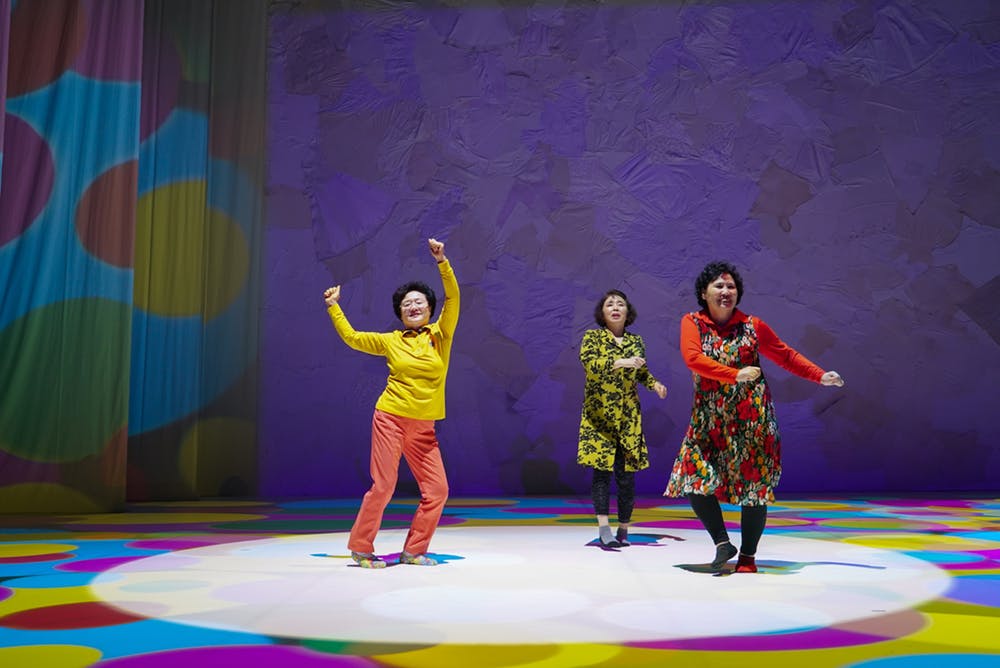 The amateur troupe of 11 senior women are the stars of the show. Eunji Park

When the grannies appear they are carefully and delicately danced onto the stage, each paired with a younger dancer.

The women are then seated on the floor, facing upstage, clapping to a soul number as two shirtless young men fly across the stage in moves as gymnastic as they are dancerly.

The women are soon up on their feet, with three dancing energetically to a Korean pop song with a 1970s vibe.

Their moves are somehow distinctively Korean, perhaps because traditional Korean folk dances involve extensive, graceful use of the arms, a focal point enhanced by costumes with long sleeves that are flicked up and extend the space and expressive range of the body.

But here the women dance in clothes worn by women over 60 on the Seoul subway or while going shopping.

These grannies are not afraid of colour or busy floral patterns, polka dots, or bold stripes. And whether wearing blouses and dresses or jackets and pants, the stage is always awash with brightly coloured clothing that demands attention.

Among the standout sequences were the following:

An elegant silver-haired woman in a bright, knit full-length kaftan-style dress, moving slowly with grace and poise to a ballad filled with longing, her expressive arm gestures swirling outward and over her head, dancing in a world of slowly falling snow.

Then dancing to a tango beat, another elegant woman, this one with the ubiquitous highly-permed hair-do of Korean women over 60, in a frilled white blouse and pink dress, is joined by a sexy, dapper young man in a top hat.

The couple mirrors one another’s moves and in a moment of infinite connection, the young man picks up the grannie in his arms, dances, then sets her down. She seems embarrassed. Or seems to be so, which only adds to the charm of the moment.

Another solo, this time with another silver-haired woman, resplendent in a deep blue dress, moving with impeccable grace and fluidity while the screen behind her shows images of fish and sea creatures seemingly mirroring her movements in the water.

Here the live and the virtual become one in an oddly karaoke-inflected musical and visual world. If karaoke could dance, at this moment it does so.

The final group dance has the grannies enter the stage holding beach-ball sized glitter balls. As smaller versions of these balls fall from above the stage, theirs are linked to hooks and raised aloft, creating a shared space between audience and stage that felt like the biggest disco on the planet since 1979.

A bouncy pop song animates the group and disco inferno ensures. Suddenly, the music stops and the lights dim and we hear only the sound of bodies breathing while dancing as we all collectively sink into darkness.

It is a thrilling communal moment to be sure. 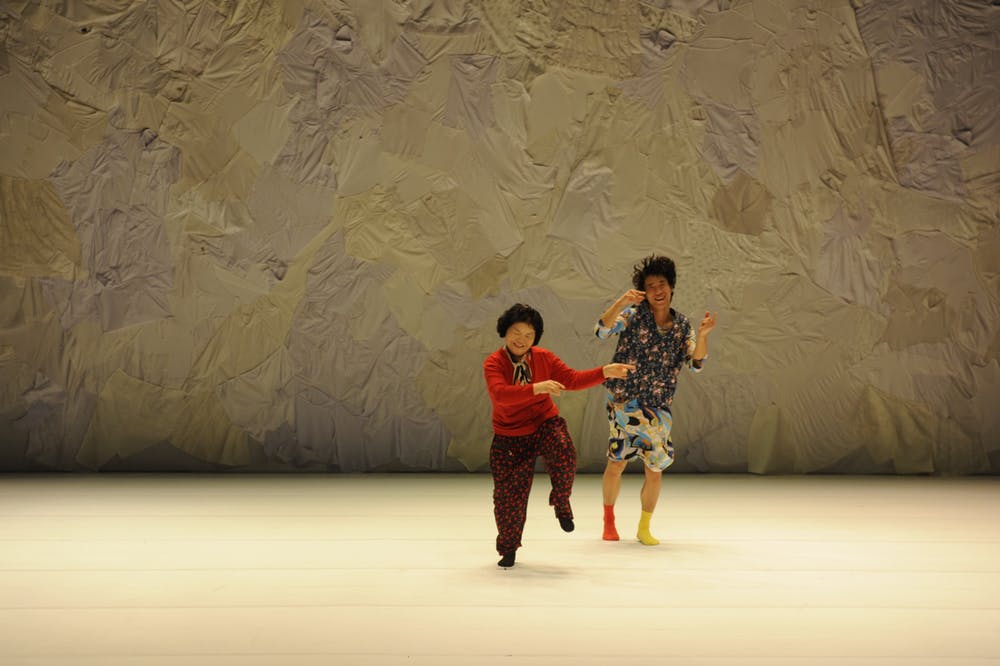 But not to end there, those of us sitting on or near the ends of aisles are compelled to join the full company of dancers onstage.

I find myself dancing with one of the most graceful of the women and unconsciously I pick up her moves, feeling like we’re sharing some part of our bodies and our souls. Whether we actually dance onstage or not, surely an impossible moment of communion is the gift of the dancing grannies.

Dr William Peterson is a senior lecturer in drama at Flinders University.

Read the article in full at The Conversation.