Second generation owner of Spirit of the Coorong Cruises, Jock Veenstra, says his business has yet to fully recover from the Millennium Drought of the 2000s, and that the redistribution of water to the environment under the plan has been important for its survival.

He urged politicians to manage Murray river water distribution fairly across the country both for the sake of the South Australian tourism industry and the health of the river overall.

“The plan takes the environment into consideration, where previous to that it was all irrigation and town supply … (for) ovals and median strips,” said Veenstra.

“To have the whole river totally administered by one body … I reckon that’s the best situation.”

He said continuing to operate during the Millennium Drought was “a hell of a struggle”.

“We probably suffered more than a 50 per cent reduction in our business … you just put your head down and keep working.”

The breaking of the drought following a La Niña event in 2010-2011 was a great relief to Veenstra and other tourism operators in the region – such as caravan park owners – but he said years of bad publicity about the health of the river meant a “stigma” against visiting the region remained.

The business has never returned to the position it was in before the drought, he said, even as the water flooded back in.

Veenstra said he has worked to make his business “drought-proof” during the past several years – opening new services in the Gippsland Lakes, which open to the ocean, and whale-watching tours on the open water at Victor Harbour – but that the health of River Murray remained vital to the Spirit of Coorong Cruises’ future.

The Millennium Drought was devastating for tourism and agricultural industries, with the lower lakes – Alexandrina and Albert – reaching their lowest point in a thousand years. At one point, Lake Alexandrina dropped to 1.1 metres below sea level. 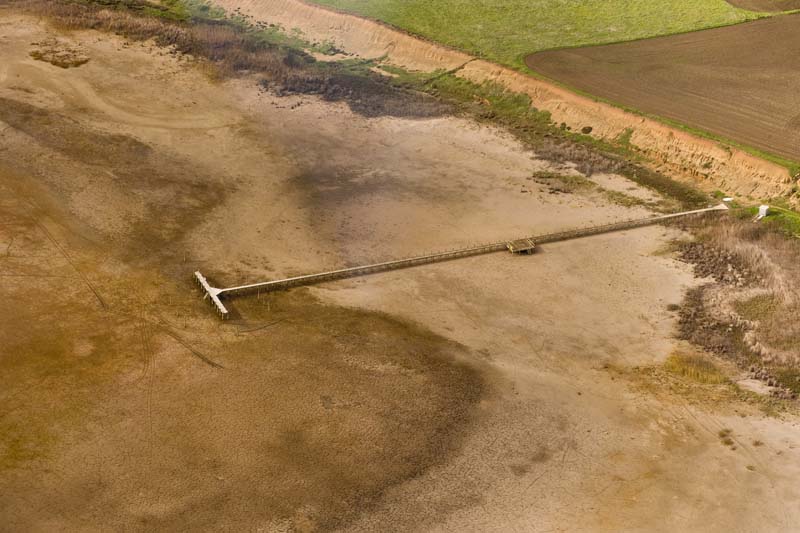 The Lower Lakes were devastated by the drought.

The Murray Mouth nearly closed in 2002, sparking a program of around-the-clock dredging that continued for eight years.

As well as damaging businesses that rely on the health of the Murray, the Millennium Drought, by the time it broke, had resulted in enormous damage to the environment.

Even years earlier, it had been obvious that the river system was under threat. In 2006, then prime minister John Howard called all premiers of river states to come to Canberra in 2006 to work on a solution to ensure the long-lasting health of the river.

What eventuated was the Murray-Darling Basin Plan, which took years to develop and gain the states’ agreement. The plan, signed off in 2012, has begun to deliver real results, with floodplains and wetlands recovering and irrigators becoming more efficient and productive.

Now, however, those gains are at risk.

While South Australia has committed time and money to manage the river well, other states have not matched our commitment, nor have they embraced the spirit of the agreement.

You can pledge your support and to stand up for the health and longevity of the River Murray, head to standupforthemurray.sa.gov.au.

Solstice Media has partnered with the South Australian Government to provide information about the Stand Up for the Murray campaign.