Gorman, a space archaeologist from Flinders University,  has released a new book called Dr Space Junk vs The Universe: Archaeology and The Future, which, while including broader analysis of the issues, also spotlights South Australia’s longstanding interest in space.

The book has been released just a few weeks after the Australian Government announced $12 million funding for the space industry in the South Australian capital, consisting of $6 million for the Mission Control Centre and $6 million towards establishing a Space Discovery Centre for STEM education also in Adelaide.

Gorman’s field of research, space archaeology, is the study of space junk – the disused satellites and other man-made debris abandoned in orbit around Earth.

Although Gorman says the field of space junk is a relatively young area of research, South Australia’s interest in space has a long history.

“Right at the moment there’s an increased interest in what our space heritage is and what we can learn about the archaeology of space,” she told InDaily.

“We need to make people comfortable with the idea that we are a space-faring nation, and that we should be doing this.

“We have Woomera and we have the launch range. We have the history and the expertise and the skills that are all centred here.”

South Australia began exploring space in 1967 through WRESAT – Weapons Research Establishment Satellite – making Australia the seventh nation to have a satellite in space and the third country to launch its own satellite from its own territory.

This Australian satellite was launched from the RAAF Woomera Range Complex, 500km north of Adelaide, on November 29.

Back then, the rocket test range was a global hub for space research and home to thousands of British, American and Australian military personnel and civilians.

“Formerly there were workers in the defence sector, but of course with the space agency we have now people are being employed in the civil sector through universities,” she said.

“I’m not an aerospace engineer – I’m an archaeologist. I have interest in space that is coming from a different perspective and I think it’s really important to add it to the historical and the social aspect of space industry and space exploration.

“There are different strengths in the state area relating to the study of space.” 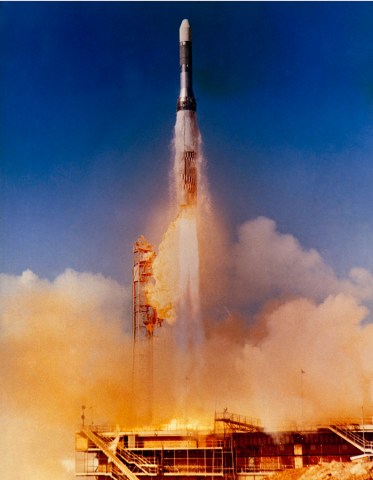 In the future, Gorman would like to see South Australia continue to shape the national space agenda.

“I guess I think South Australia has some incredible and different space assets,” she said.

“It wouldn’t just be about manufacturing the satellites or launching things into space providing services.

“We would really become the space state so we would live and breath space.”

Dr Space Junk vs The Universe: Archaeology and The Future can be purchased online through NewSouth Books.