In the face of hotter and drier weather and following below average rainfall in February, new studies into the water collection in Adelaide and the Mount Lofty Ranges by an international research group has renewed cause for concern.

“We tackled the problem of finding the origin of groundwater under the Adelaide Plains to establish whether the aquifers are recharged through stream infiltration from the mountain front or through subsurface flow from the mountain block,” says Flinders University Strategic Professor of Hydrogeology Okke Batelaan.

Research published in Hydrology and Earth System Sciences found that the sustainability of groundwater extraction is more limited than previously thought. 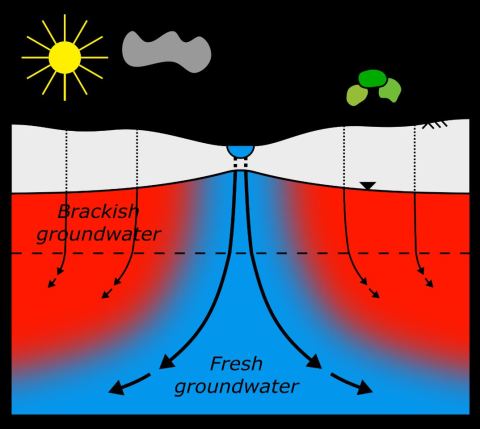 “Our data consistently suggest that streams are gaining from groundwater in the Mount Lofty Ranges and losing water when entering the basin, thereby recharging the aquifers under the Adelaide Plains,” says Dr Etienne Bresciani, the lead author on the paper.

“Even the relatively deep Tertiary aquifers appear to be recharged through this mechanism and not through subsurface flow from the mountain block,” says Flinders University adjunct Dr Bresciani now based at the Korea Institute of Science and Technology.

“This means the ability of our groundwater to supply water is more limited than previously thought,” says Professor Batelaan, also a chief investigator at the National Centre for Groundwater Research and Training (NCGRT) at Flinders University.

Since the 1950s groundwater levels have significantly decreased due to increasing extraction of groundwater from the Adelaide region.

The new research also highlights the need to protect and more rigorously manage streams and rivers in both the Adelaide Plains and Mount Lofty Ranges to ensure the quality and quantity of precious groundwater on the Adelaide Plains. 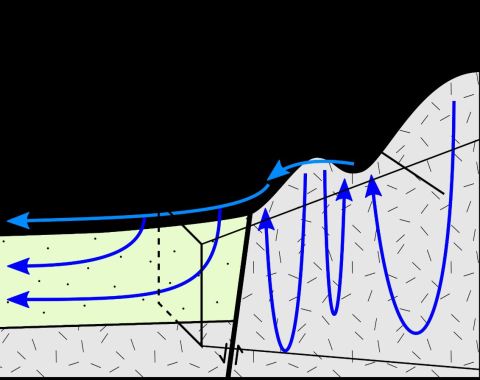 Other NCGRT experts in the study include Dr Peter Cook and Dr Eddie Banks, along with Dr Roger Cranswick from the Department of Environment, Water and Natural Resources (DEWNR) in SA and Dr Jordi Batlle-Aguilar from the Kansas Geological Survey at the University of Kansas.

The investigation into Adelaide’s mountain-front and mountain-block recharge involved full use of the State Government databased including thousands of electrical conductivity and groundwater level measurements.

Read the paper in full online: 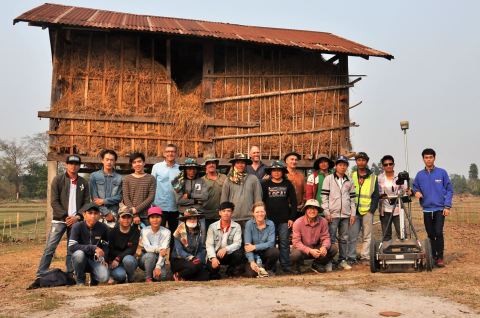 Flinders University researchers Professor Okke Batelaan, Dr Eddie Banks, Dr Michael Hatch, PhD students Somphasith Douangsavanh, Trine Enemark and MSc student Phingsaliao Sithiengtham are in Laos for a ‘Geoscientists without Borders’ supported project. They train and work with students and staff of the National University of Laos and staff of the Department of Water Resources. Flinders University is conducting an eight-day field training and investigation in the use of hydrogeophysical techniques to provide tools to investigate and more reliably estimate groundwater resources in the Vientiane Plains, which is an area of population and agricultural growth but is also suffering from long dry seasons and therefore intermittent water supply.

This year’s theme of World Water Day is ‘Nature-based Solutions for Water’.

Groundwater is the water that seeps into the ground after rain. It accumulates in cracks and pores in rocks (aquifers).

Future use of groundwater in Australia is predicted to rise especially as surface water resources may diminish because of climate change and prolonged drought.

We use groundwater in a variety of ways. It is widely used as a main source of drinking water for many cities and towns. It is also used for irrigation, agriculture and industrial use.

Groundwater from natural springs is bottled for commercial purposes and is also used in the bottling of soft drinks and alcoholic beverages such as beer.

Large-scale mining operations frequently depend on groundwater for their operations, especially in the arid areas of Australia.

Professor Batelaan says sustainably used and managed groundwater resources can play an important role in providing the required water for domestic and agricultural use – especially in areas where the growth of water use is expected to be high, such as in Asia.

Global water demand is estimated to increase by 20-30% by 2050, with 3.6 billion or more than half the world’s population already coping with scarce water supplies for at least one month per year. This is set to rise to 4.8 billion or even 5.7 billion people by 2050.

The greatest increases in domestic demand will occur in Asian and African sub-regions, where population growth and economic development will drive further scarcity of resources.

Water withdrawals for irrigation have been identified as the primary driver of groundwater depletion worldwide.

Professor Batelaan says a large surge in groundwater abstractions amounting to 1,100 km3 per year has been predicted by the 2050s, corresponding to a 39% increase over current levels. 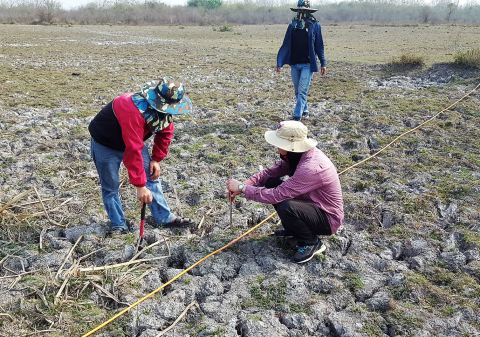 The United Nations calls for ‘nature-based solutions for water’, particularly in rapidly-growing countries in African and Asia where more sustainable water and groundwater management is needed to meet future demand for food production, industry and urban consumption in expanding cities.