The groundwater experts say that the NSW Government has so far appeared to ignore published scientific evidence on the Darling River floodplain resource by calling for tenders for the costly 270km-long pipeline from the Murray.

The large fresh groundwater resources in the River Darling floodplain close to Menindee were reported publically in 2013 as a sustainable, good quality water supply for Broken Hill after a three-year scientific study, the Broken Hill Managed Aquifer Recharge (BHMAR) project, led by Geoscience Australia with input from CSIRO.

“The NSW Government says it wants to drought-proof Broken Hill yet so far it appears to be ignoring the best available science,” says Professor Craig Simmons, director of the National Centre for Groundwater Research and Training. 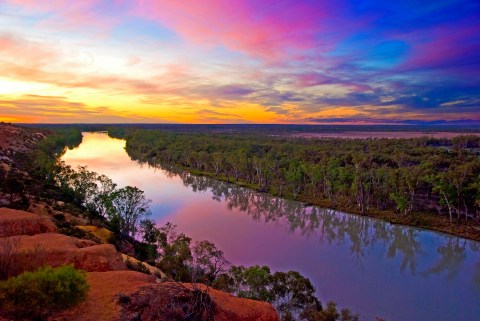 He says the extensive scientific work to prove the merit of the Talyawalka borefield on the River Darling floodplain is an example of the role of research to reveal Australia’s largely hidden natural resources.

With more than 30% of Australia’s water supply sourced from “hidden” underground water in such reserves, their usefulness in the future cannot be ignored.

“As our major rivers come under increasing pressure to provide adequate water for drinking, agriculture and the environment, particularly the Murray and Darling rivers, the use of groundwater will become ever more important,” Professor Simmons says.

“With evidence-based and transparent decision-making based on sound science and economics, and with careful management, these groundwater reserves can support outback communities such as Broken Hill.”

Although the fresh groundwater storage contains a number of years’ supply, managed aquifer recharge can be used to augment and secure supplies in the event of extended drought – and ensure acceptable environmental impacts, says Flinders University Adjunct Professor Peter Dillon, co-chair of the International Association of Hydrogeologists Commission on Managing Aquifer Recharge. 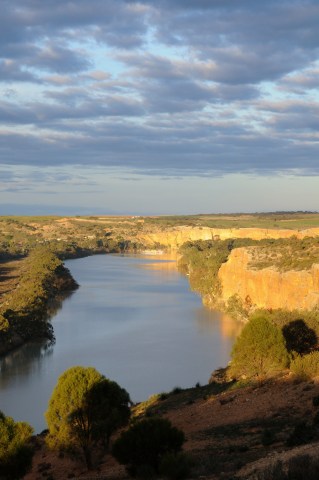 The late afternoon sun setting on the cliffs at Walker Flat on The River Murray South Australia. High Perspective. Others available in the series.

“It is widely practised internationally as a water resources management measure, and has been growing in importance in Australia over the last 20 years,” Dr Dillon says.

“Pumping from this groundwater resource would not deplete Darling River water at low flows due to the blanket of clay lining the lower bed in this area. As well, filtration through the sandy aquifers also means the groundwater is much cleaner than water currently drawn directly from the River Darling,” he says.

Dr Dillon says the groundwater option for the mining and tourist destination would require expenditure on wells, a 27km pipeline to the existing Menindee water treatment plant, and maintenance to the existing 114km Menindee to Broken Hill pipeline. Managed aquifer recharge as supply assurance during sustained drought would require minor expansion to the Menindee treatment plant and be incorporated in new infrastructure.

A public information program to demonstrate the groundwater quality could assist in promoting this alternative.

A recent groundwater investigation report on NSW Department of Primary Industries Water website states: “The BHMAR project investigation focused on the identification of a managed aquifer recharge scheme in the investigation area known as GWR3 or Jimargil. This area was selected as the most suitable area for a managed aquifer recharge scheme due to the thickness of sands in the Calivil Formation, an overlying confining clay layer and suitable water quality characteristics. The site is about 15 kilometres to the south of weir 32 on the eastern side of the Darling River adjacent to Lake Emu.”

However Dr Dillon says the report goes on to only describe an investigation 20km away on the north-eastern side of Lake Menindee in a much deeper aquifer containing saline groundwater that would require desalination if it was to be used as a drinking water supply.

“There is no explanation of why the Jimargil site, now called Talyawalka, was not considered.  It would seem to meet the four claimed criteria; security, service level, water quality and cost, comparably or significantly better than the proposed Murray pipeline.”

He says the Government’s website claims that “a shortlist of project options were evaluated” and “the analysis was performed in a transparent, robust and structured manner – overseen by experts from DPI Water, NSW Public Works and Infrastructure NSW”.

“However no data or reports are presented to support this claim for the Talyawalka site that had previously been identified and extensively scrutinised by Geoscience Australia and CSIRO. The International Association of Hydrogeologists (IAH) wrote several times to the department seeking clarification on this and has not received an explanation,” Dr Dillon says. 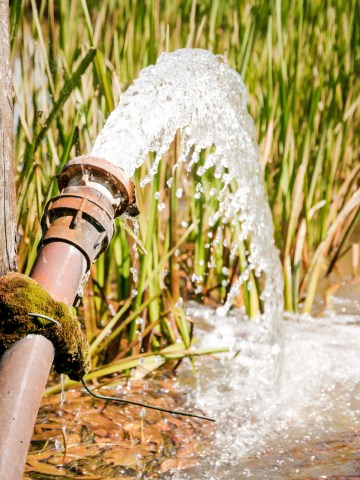 Water at a field near Cairo.

“No information or evidence has been provided publically that we are aware of, nor provided to IAH, for a scientifically defensible reason to rule out this Talyawalka option that could save taxpayers and Broken Hill residents hundreds of millions of dollars. Instead publically available comparisons are made with a very inferior groundwater option.”

University of NSW senior lecturer Dr Wendy Timms, the Vice-President of the IAH for the Australasia-Pacific region, says hydrogeologists have developed advanced skills in characterising aquifers and the clay layers that separate them from each other and from streams.

“Extensive airborne geophysical surveys, drilling and coring and stratigraphic analysis, water quality evaluations, geomorphology, geochemistry and ecosystem impact assessments on the Menindee floodplain have far exceeded most if not all other groundwater investigations in Australia to date,” Dr Timms says.