University of Adelaide-led researchers have genetically analysed plaque from 48,000-year-old Neanderthal remains from Spain and 36,000-year-old remains from Belgium. The plaque, material that forms on and between teeth, contained food particles as well as microbes from the mouth as well as respiratory and gastrointestinal tracts.

At Belgium’s Spy Cave site, which at the time was a hilly grassy environment home to big game, the Neanderthal diet was meat-based with woolly rhinoceros and wild sheep, along with wild mushrooms. Some 12,000 years earlier, at Spain’s El Sidron Cave site, which was a densely forested environment likely lacking large animals, the diet was wild mushrooms, pine nuts, moss and tree bark, with no sign of meat.

The researchers found that an adolescent male from the Spanish site had a painful a dental abscess and an intestinal parasite that causes severe diarrhoea. The plaque DNA showed he had consumed poplar bark, containing the pain-killing active ingredient of aspirin, and a natural antibiotic mould.

“This study really gives us a glimpse of what was in a Neanderthal’s medicine cabinet,” said paleomicrobiologist Laura Weyrich of the University of Adelaide, lead author of the study published in the journal Nature.

The findings added to the growing body of knowledge about Neanderthals, the closest extinct relative of our species, Homo Sapiens, and further debunked the outdated notion of them as humankind’s dimwitted cousins.

“I definitely believe our research suggests Neanderthals were highly capable, intelligent, likely friendly beings. We really need to rewrite the history books about their ‘caveman-like’ behaviours. They were very human-like behaviours,” Weyrich said. 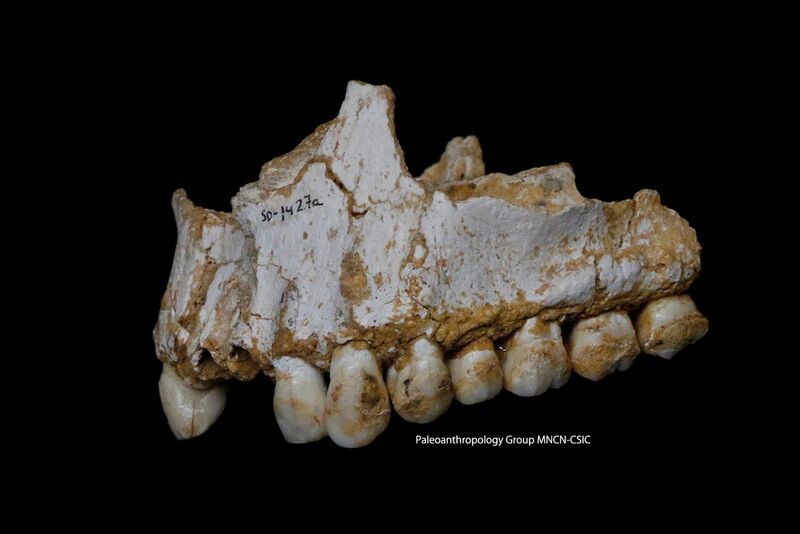 A dental calculus deposit is visible on the rear molar (right) of this upper jaw specimen found at El Sidron. This individual was eating poplar, a source of aspirin, and had also consumed moulded vegetation including Penicillium fungus, source of a natural antibiotic. Photo: Paleoanthropology Group MNCN-CSIC

The researchers also reconstructed the genome of a 48,000-year-old oral bacterium from one of the Neanderthals.

“This is the oldest microbial genome to date, by about 43,000 years,” Weyrich said.