Micro-Swab was developed by researchers at Flinders University and uses fibres soaked in a surfactant to bind to the DNA in fingerprints.

The fibres are attached to a small flexible device, which allows police to obtain genetic material from hard-to-reach surfaces such as gun triggers, ammunition cartridges and the spaces between keys on computer keyboards.

According to a study on its effectiveness published in National Center for Biotechnology Information, the device extracts about 60 per cent more DNA than conventional methods and only takes about 30 seconds to swab, compared with a few hours for current methods.

“That extraction process, even using the best methods, loses about 75 per cent of DNA and if you start off with only enough DNA to start a profile that leaves you with almost nothing.

“It was to the point where police said they no longer bothered trying to test for DNA because it didn’t work. But this is an effective way of building a profile in a single go.”

Professor Linacre said it would not only be effective in obtaining more biological material, it also reduced the chance of contamination.

The Micro-Swab includes a PCR tube filled with a detergent attached to the head, similar to a cap on a pen. During extraction, the tube is removed and the fibres rub over the fingerprint, picking up substantial amounts of biological material.

The head is ejected back into the tube using a small piston at the rear of the device and then the tube, which still has residual amounts of the surfactant, is sealed and ready for quantitative PCR. 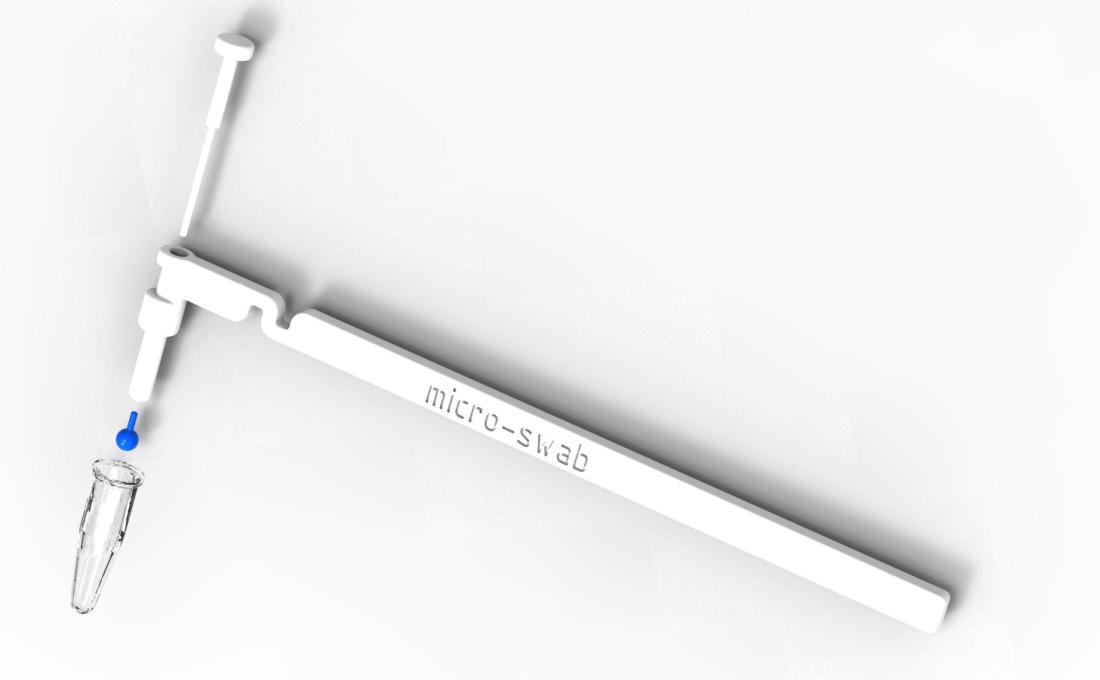 The standard process for DNA extraction begins with a foam or cotton extraction and takes about two hours before it is taken to the lab.

“We found that if you had the swab moisturised with 1 per cent Triton-X, a surfactant, that helps encourage the DNA to come off,” Professor Linacre says.

“The downside to this is that you can’t repeat the test but because it is more accurate than doing the normal method, you are far more likely to get something substantial.”

DNA from fingerprints, known as touch DNA, remains the most common type of forensic evidence used in convictions. However, these methods have not been modified in decades and there have been numerous cases of insufficient or false DNA profiling because of inadequate testing or clinical errors.

Professor Linacre said the Micro-Swab would increase the reliability of touch DNA profiling and was also capable of collecting DNA from hair follicles.

He said the device was simple to manufacture and could be 3D printed to increase availability worldwide.

The product is expected to be launched in mid-2017.