On March 19, South Australians will choose a government to lead them out of the pandemic and the strangest, most disruptive period most of us have yet experienced.

Unlike the last two years of clear, unified messaging during a public health emergency, the state election campaign has parties reverting to type with promises, claims and counter-claims flying thick and fast in the fight to hold the levers of power for the next four years.

We at InDaily know that navigating the daily barrage of policy and promises, with a generous side serve of opponent sledging, can be dizzying and difficult. But getting to the heart of issues in order to make informed decisions is essential for our community and democracy. It is the serious media’s most fundamental responsibility.

An alert media must ask the hard questions of those who would govern us, yet years of shrinking newsrooms and budgets has made hard journalism harder to fund, with the soft, low-hanging fruit of clickbait, fluff and regurgitated press release “drops” increasingly prevalent.

None of this much concerns those in power; the less focus on what they don’t particularly want the public to know, the better.

Independent media such as InDaily, part of SA-based Solstice Media, play an increasingly important role in this changed landscape. We offer an alternative voice to other players and aim to disrupt the cosy relationships with those who walk the halls of power.

None of them much like InDaily. We make them uncomfortable. We’re ok with that. That’s how it should be.

We at InDaily know that our growing readership wants us to report what’s really happening in Adelaide and South Australia. They want us to shine a light into dark corners, to seek the substance behind the spin.

Our small, award-winning team of journalists are dedicated to telling you, the South Australian community, what really goes on inside government and the bureaucracy making decisions which affect us all.

Our comprehensive election coverage and analysis, as with all InDaily journalism, is free: no paywalls. But our journalism costs money.

I invite readers who value our work to make a donation to InDaily today. Every dollar goes towards ensuring our journalists can continue to report fearlessly and comprehensively. 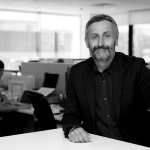 David Eccles is the editor of InDaily.