With no state funds involved, it was a quiet day for campaign commitments from the Marshall Government, with the Premier content to bathe in his partisan colleague’s warm endorsements, the PM crediting his “visionary” premiership for turning SA’s fortunes around.

“In order for these incredible gains to be realised into the future the return of the Marshall Government here in SA is an absolute necessity,” gushed the PM.

“[We need] to continue to see that optimism and positivity that the most optimistic and positive person in Australian politics has been able to bring… and with that I’ll bring you Mr Smiles.”

Mr Smiles hasn’t had much reason to live up to his epithet this week, behind in the polls and with Labor outspending his Government on health – so far.

He’s also yet to receive a public guarantee that his federal colleagues will join him poolside at the Adelaide Aquatic Centre for a future ribbon-cutting, with Morrison unwilling today to commit to match the State Government’s commitment to rebuild the North Adelaide facility – thus neutralising Labor’s $80 million rebuild commitment. 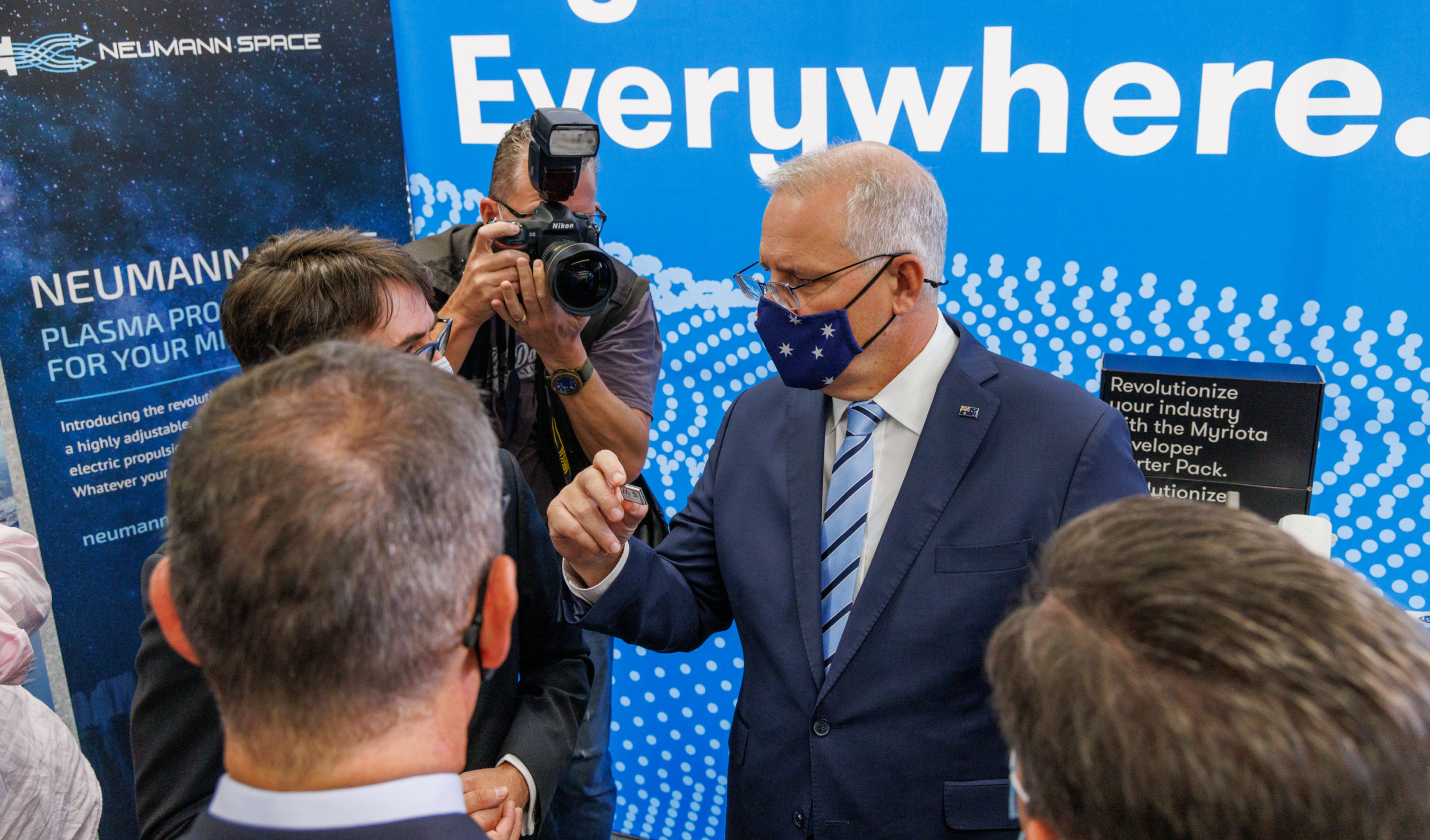 Between Treasurer Josh Frydenberg and PM Scott Morrison, the feds have been Everywhere in the state campaign this week. Photo: Tony Lewis / InDaily

Instead, Morrison deferred to his SA-based Finance Minister Simon Birmingham, who said he’d “certainly received advocacy from the Premier and state member for Adelaide and the Lord Mayor” for the funds.

“Like any such project we’ll consider the merits of it through the usual grant and assessment process, and work closely and constructively with the Marshall Government if they’re re-elected in relation to critical infrastructure,” he said.

Asked whether a commitment would be forthcoming before the March 19 polling day, he said: “We’ll work through our usual processes [but] the State Government has made their position clear and their support for the Aquatic Centre clear.”

Marshall insisted he was “confident that the federal government will look at this very positively”.

“It’s a great project for SA [and] we’ve got a great relationship with the federal government,” he said.

But he declined to say whether his Government would commit to funding the shortfall itself if the funds failed to materialise.

Marshall returned to his health plan today, insisting the committed funds would cover staff salaries because “many people who have been employed to assist in our world class COVID response will be able to go back to staffing the expanded health capacity in SA” once the pandemic subsides.

Yesterday, he committed his health plan would “for once and for all fix ramping in SA” – but the Opposition today was careful to avoid making that same claim. Pretty much.

Speaking in front of the FMC with a group of southern suburbs Labor MPs and candidates, Malinauskas said the $76 million capital expenditure commitment would see the new beds delivered “within the first four years of a Labor Government”. 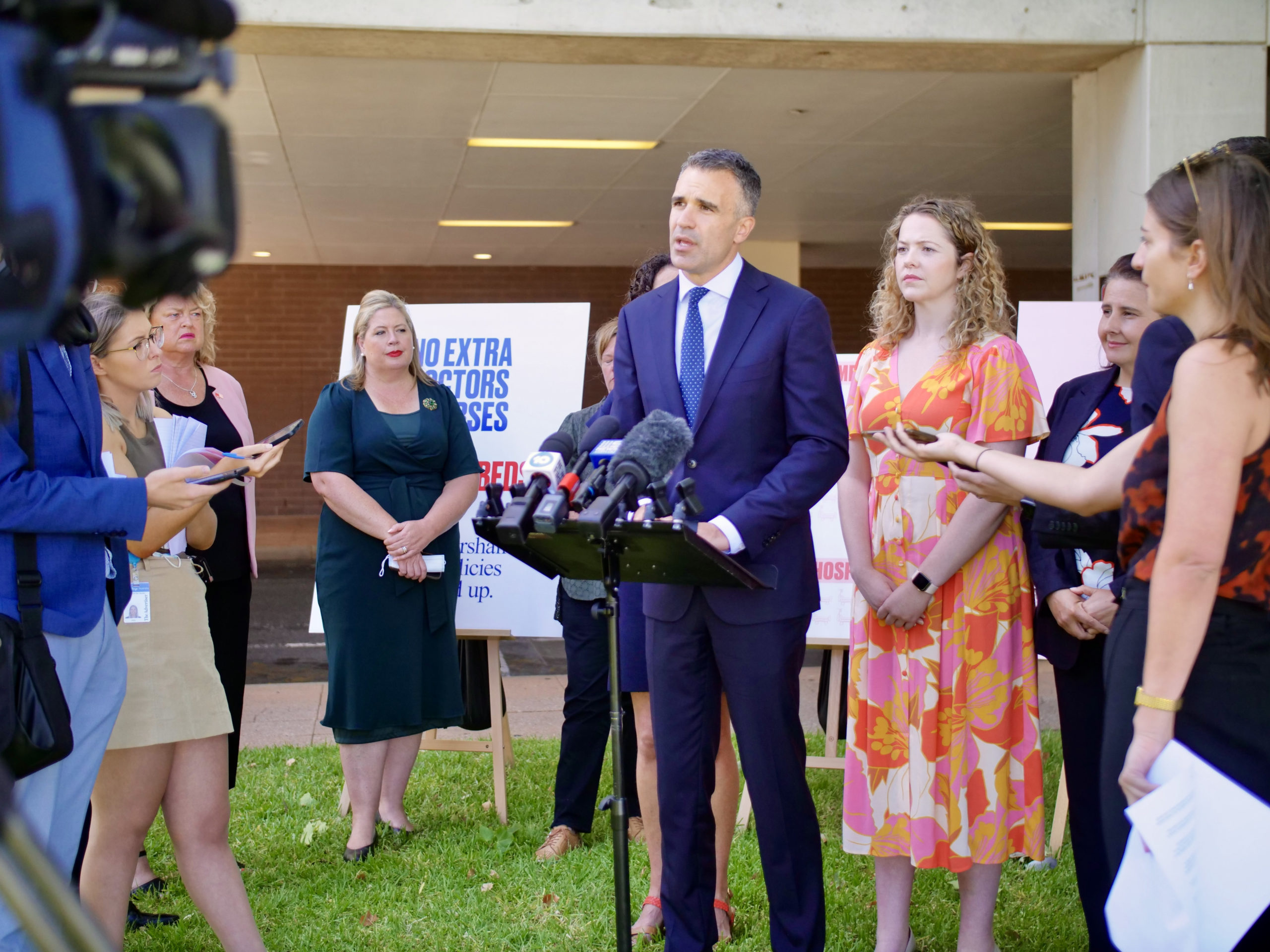 He also repeatedly attacked the Marshall Government for a “485 per cent increase in ramping” during their term in government, although conceded it’s “going to take time to get that down” – indicating it could take the entirety of Labor’s first four years in office.

“We really believe that with this comprehensive plan to fix the ramping crisis, we can start to see the key metric of ambulance response times improving by the end of that first term,” he told reporters.

“We hope that it will progressively improve over the four-year period as these investments come online.”

Labor’s campaign messaging has been careful to distinguish between “ending ramping” and “fixing the ramping crisis” – not that the distinction would be obvious to the casual punter driving past the ALP’s roadside propaganda: 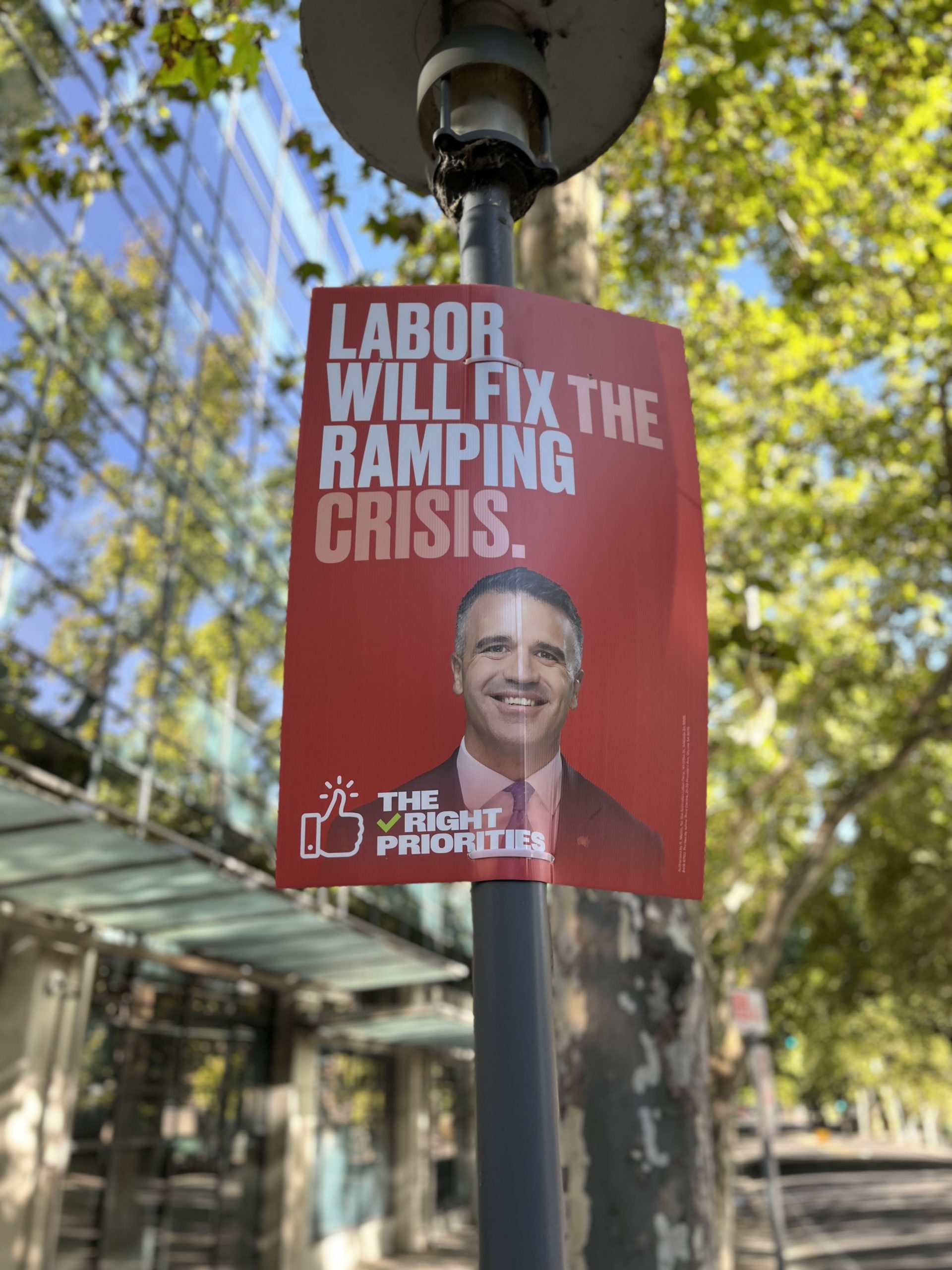 When pressed on the distinction between ‘ramping’ and the ‘ramping crisis’, the Opposition leader said: “No politician with any degree of integrity or honesty will say there’ll never be an ambulance ever ramped again.”

“The critical issue here is fixing the ramping crisis where it’s increased by 485 per cent and now we don’t see ambulances rolling up on time,” he said.

“That’s where the rubber hits the road, that’s what we’ve got to commit ourselves to doing, that’s what we have to have the courage and the resolution and the policy to address.”

Although it’s understood Labor’s election messaging itself required a last-minute ‘fix’ to ensure the distinction was made: 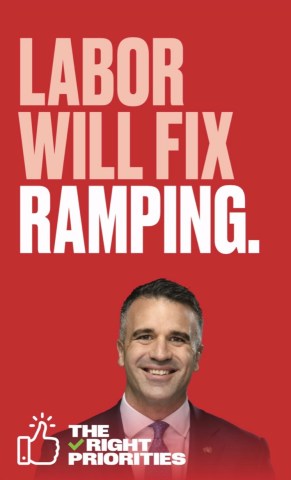