Davis, the 80-year-old party veteran and former parliamentarian who was narrowly elected to the presidency last year with moderate backing, is being challenged after a year in the role by party member and former preselection hopeful Glenn Bain.

Bain, an accountant and lawyer, told InDaily he was motivated by “the concepts of diversity and equal opportunity”, and wanted to bolster the party’s membership,  saying new members, “particularly amongst the younger demographic, are vital to the success of the party”.

Davis has not commented to InDaily, while state director Sascha Meldrum has repeatedly declined to confirm the number of nominees for the role, but it’s understood Bain and Davis are the only two running.

Current vice-president Rosemary Miller was widely touted to nominate for the presidency, but did not do so.

He told InDaily he needed to devote time to his regional medical practice.

However, the conservative wing of the party is being lobbied to throw its support behind Bain, who is understood to have received endorsement from some members of the faction.

The Right are on the charge in a bid to seize control of the Liberal’s governing state council and state executive at next month’s AGM, after a recent recruiting drive targeting Pentecostal Christian communities – a push Davis briefly confounded when he launched an inquiry and demanded new members prove their credentials before being admitted.

One of those new recruits, an Apostolic Pentecostal pastor who has already successfully stood as president of the branch of one of the state’s most marginal Liberal seats, is among 21 nominees to join the party’s influential policy committee when state council reconvenes.

Belinda Crawford-Marshall, an executive pastor with the Maylands-based Field Of Dreams Pentecostal church, has nominated for the key role, having already replaced the incumbent president of the Elder State Electorate Conference earlier this year.

She told InDaily at the time: “I joined the Liberal Party because I wholeheartedly believe that it is the strongest and best party to lead us into the future.”

The accountant, lately a Client Manager for Deloitte Risk Advisory, will be sworn in tomorrow to the Legislative Council to fill the casual vacancy created by veteran Liberal David Ridgway’s departure to become SA’s Agent-General in London. 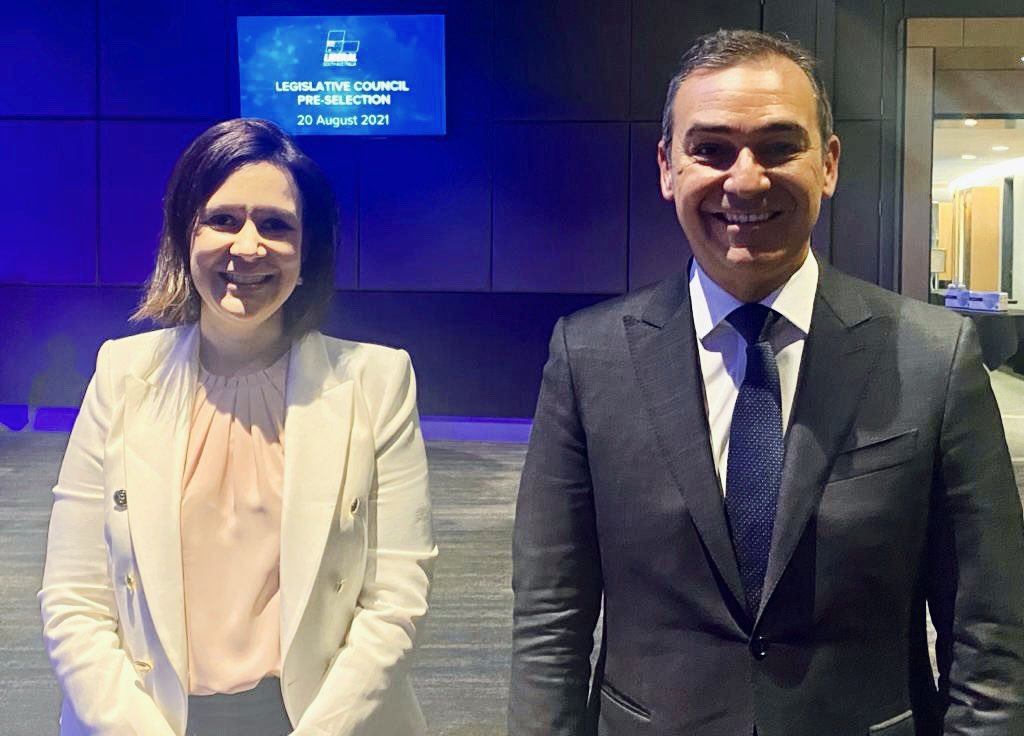 Lawrie, who earlier last week had lost the presidency of the influential Liberal Women’s Council to leading Right-winger Nicolle Flint, was eliminated in the first round of voting by just four votes, before Girolamo beat Bourne 108 votes to 92.

In a statement, Girolamo said she was “truly honoured to have been chosen to represent the people of South Australia and… looking forward to working with families, small businesses and community groups on the issues important to them”.

“I am keen to draw on my financial experience to add value to the Upper House team in the legislative process,” she said.