InDaily captured the unlikely catch-up, held yesterday afternoon at Parlamento on North Terrace – directly across the road from parliament during the House of Assembly’s lunch break.

Pyne hosted Right-aligned Sam Duluk, Fraser Ellis and Troy Bell – who all sit on the crossbench after stepping away from the Liberal party-room due to unrelated criminal charges. 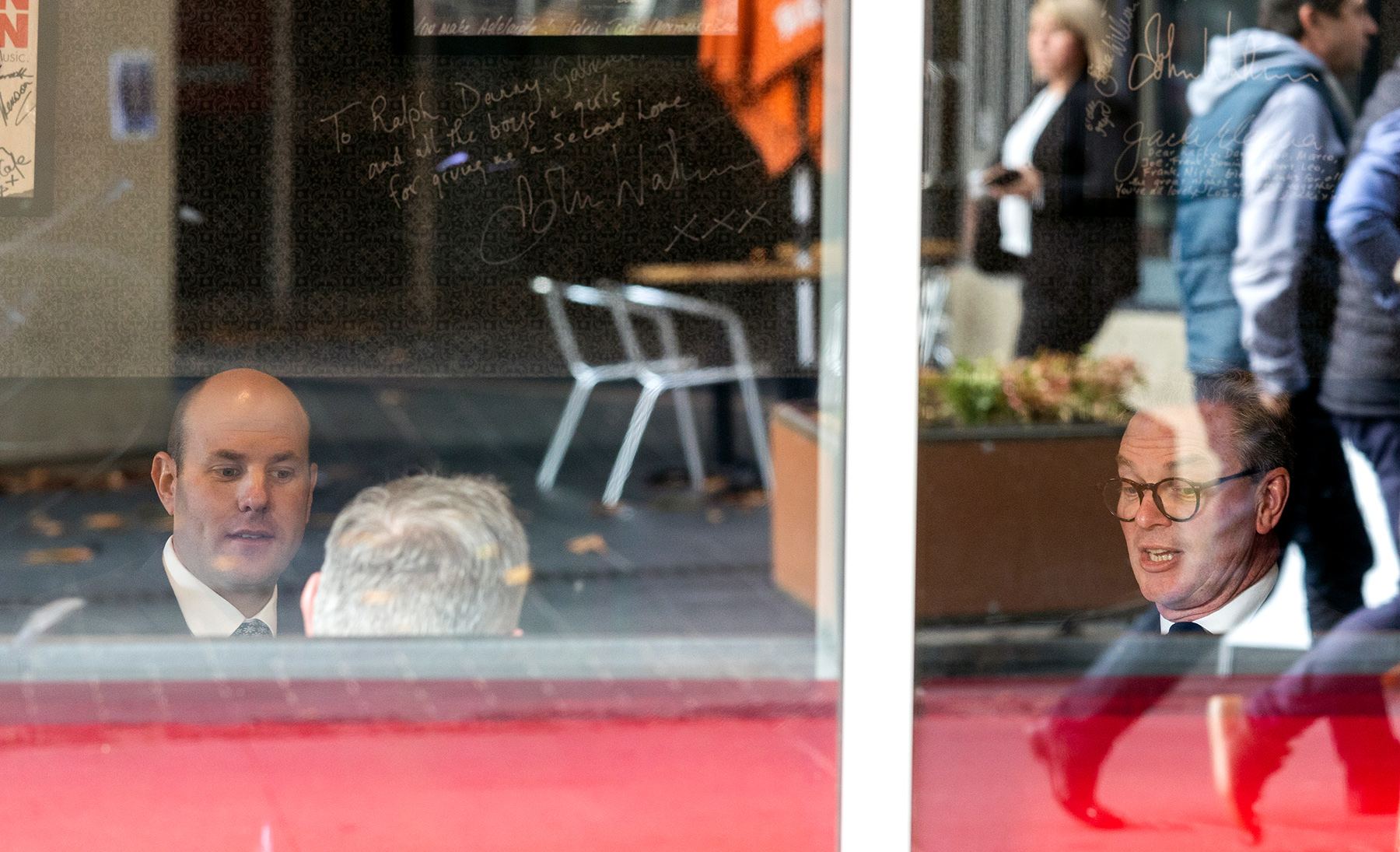 Pyne is a long-time leader of the Liberal Party’s moderate faction in SA, who still wields significant influence in the party and remains a key mentor and confidant of Premier Steven Marshall.

The Marshall Government lurched into minority rule this year when Ellis moved to the crossbench after an ICAC investigation saw him charged with alleged misuse of parliamentary entitlements.

Ironically, though, that gave the three Liberal-aligned crossbenchers significant influence in the parliament, with the Government relying on their support to pass contentious legislation. 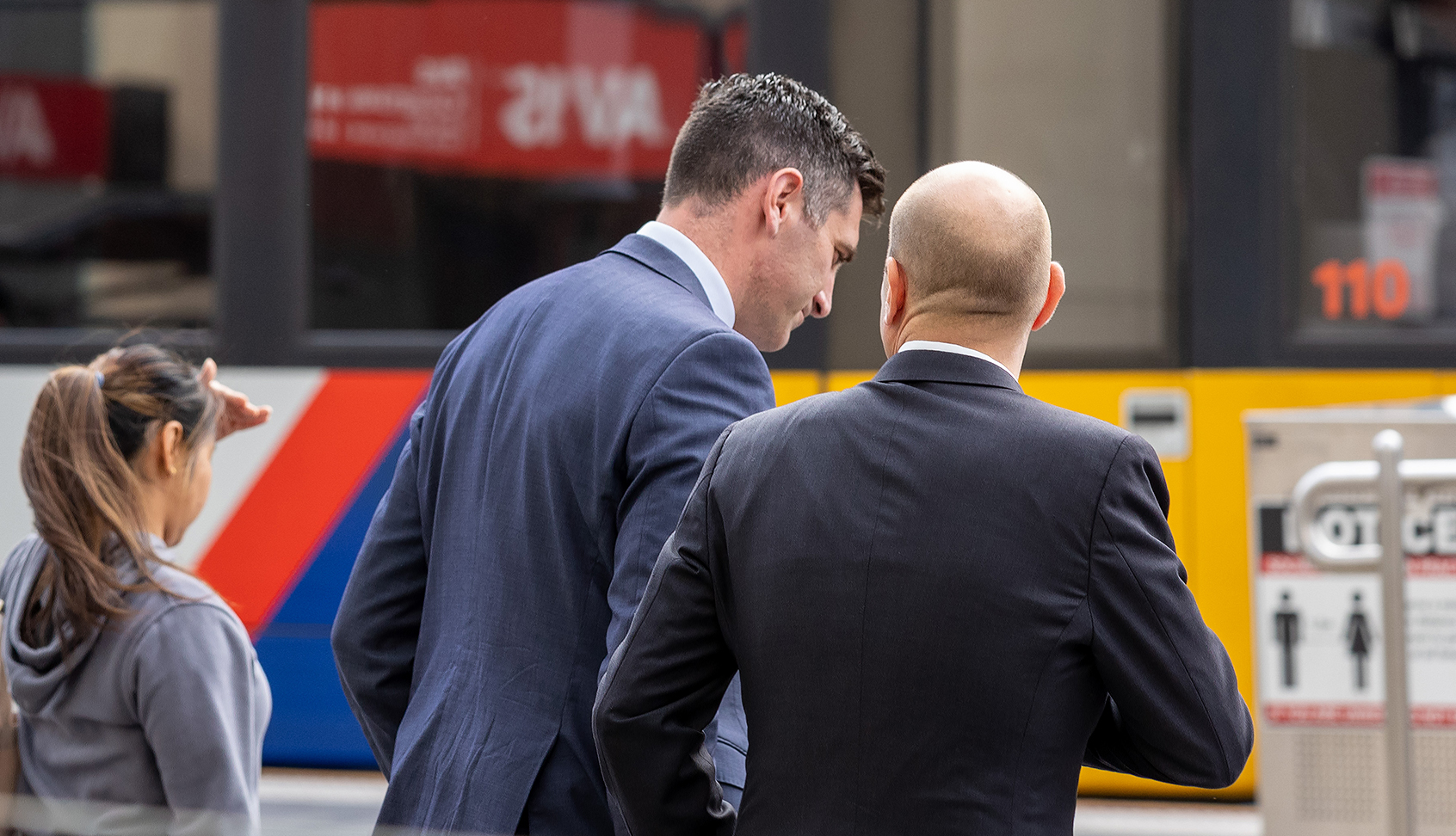 Pyne told InDaily while he initiated yesterday’s meeting, it was in his role as a lobbyist rather than as a Liberal Party member.

“The crossbenchers are an integral part of the political system, it’s important to know what they are thinking about issues critical to our clients,” he said.

However, it appears parliament’s other two crossbenchers – former Labor MP Frances Bedford and former Weatherill government minister Geoff Brock – weren’t on the invite list, with Bedford telling InDaily she was “very miffed” to miss out.

“I didn’t even know it was happening,” she said, adding: “I thought Christopher was my friend.” 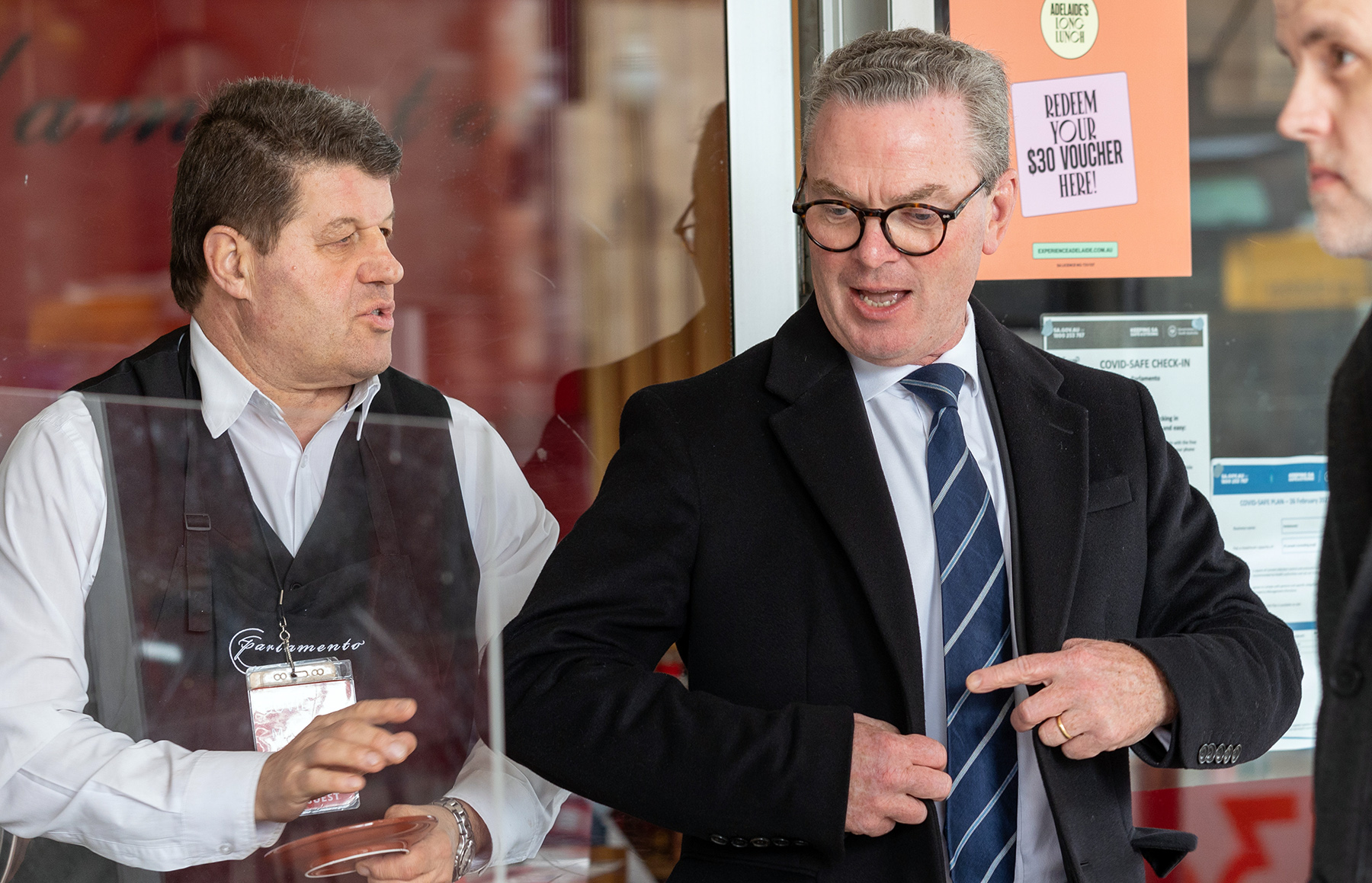 None of the invitees appeared clear on what the context of the meeting was, although two confirmed that the racing industry was a central topic of discussion.

Both of Pyne’s consultancy firms, Pyne and Partners and GC Advisory, list Racing SA as a client.

“Christopher put out the invitation, and I was happy to go along and meet with him – I meet with anybody and everybody,” Bell told InDaily.

“He wanted to get our views on a few things – I’m pretty passionate about the racing industry down in my electorate, and I’ll be continuing to push pretty hard on continuing to support that.”

Beyond that, Bell – who retained his Mount Gambier seat as an independent in 2018 – said the brief catch-up was a “general conversation around work that he’s doing”.

“He’s an interesting person – very good company,” he said of the man who this week came in at number four on The Advertiser’s ‘Adelaide A-list’ of “the movers and shakers at the top of every guest list in town”. 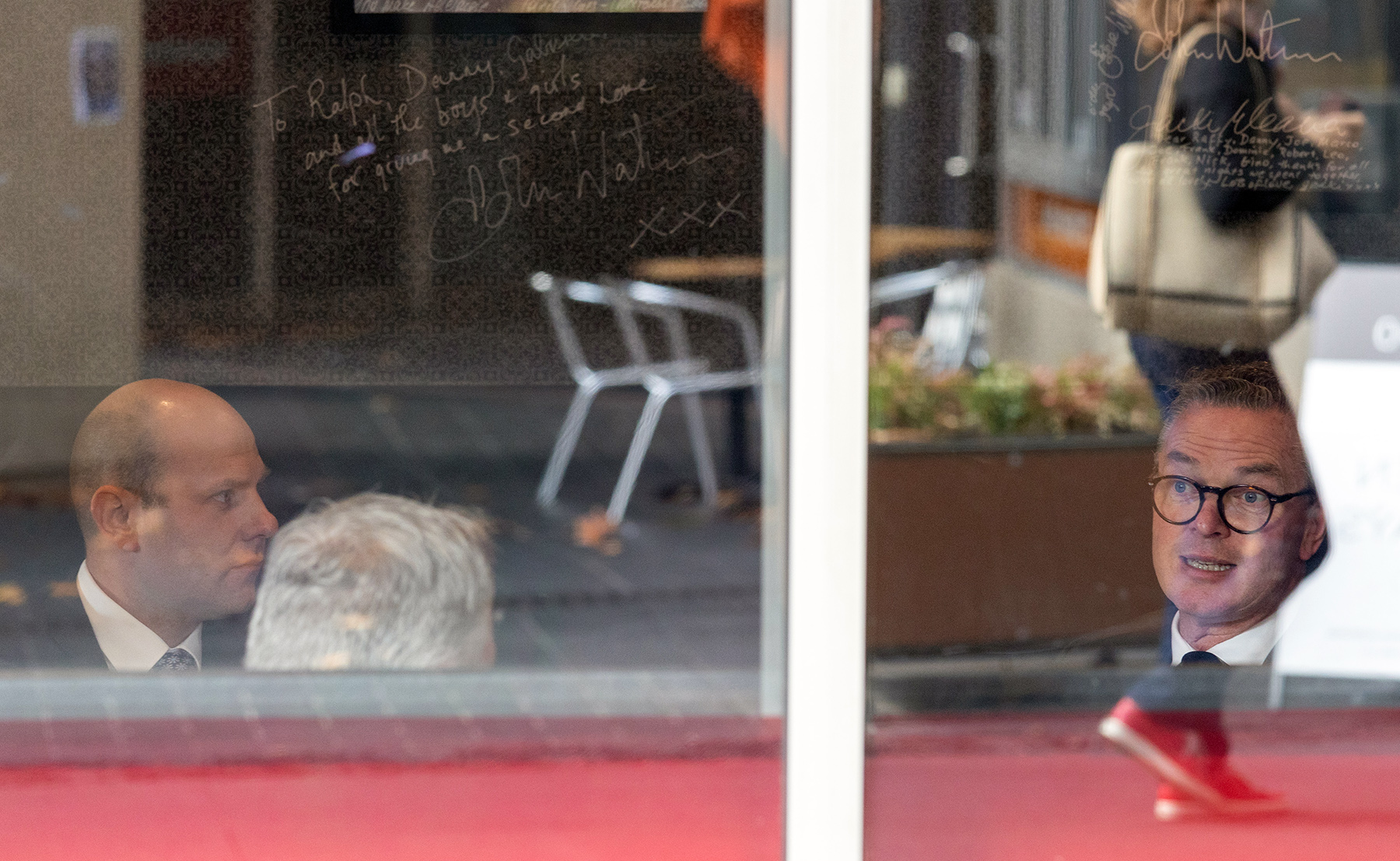 Asked whether there were specific areas of policy on the agenda, Bell said it was “more accurate to say he was asking what our topics were and thoughts on issues as they related to our electorate”.

“It was just ‘what issues are most relevant’, just a general discussion of how the state’s going – nothing on the Liberal Party.”

Duluk declined to comment, while Ellis said he was “happy to confirm I went to lunch with Sam, Troy and Christopher Pyne, and had a chat about racing and other considerations”.

Opposition spokesperson Tom Koutsantonis said the meeting had set tongues wagging in the corridors of parliament – particularly given it was held in plain sight on a sitting day at a venue frequented by state politicians.

It also comes at a time when factional tension is again escalating in party ranks, with outgoing federal MP Nicolle Flint this week savaging party moderates for their tactics after the weekend’s preselection in Boothby, whose federal footprint is shared with Duluk’s state seat of Waite.

“It’s always very interesting when the Premier’s chief backer is meeting with conservative independents,” he said. 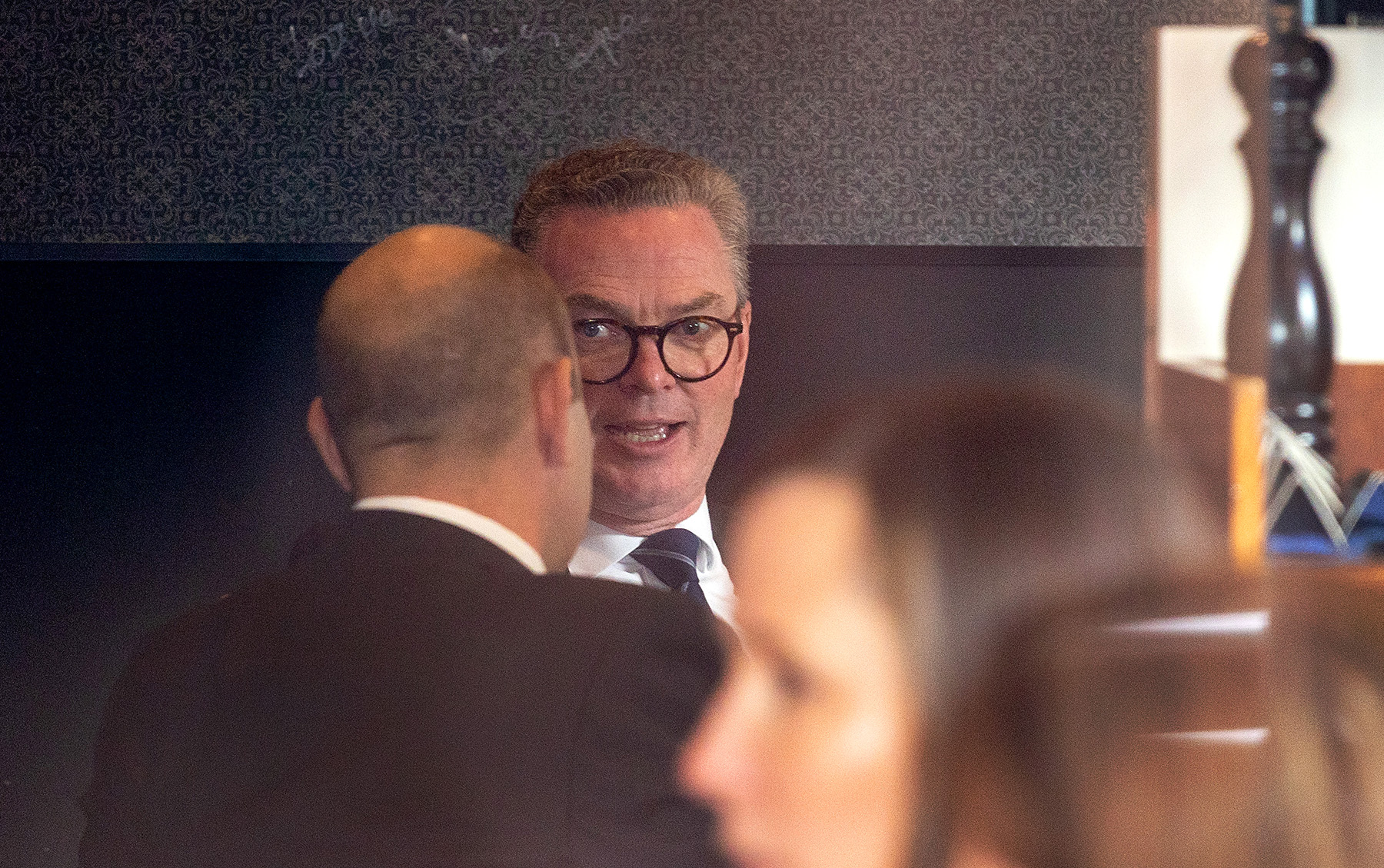 “They’ve put submissions in, as they do every year, for additional funding,” he said.

“We provided significant additional funding last year and the year before.

“There’s a whole range of submissions that come in, and they’re all being considered – all will be revealed in June.”