The shock decision came despite a challenge to his seat of Schubert dissipating last week, with Labor’s Tony Piccolo opting to withdraw from a planned tilt at the Barossa stronghold after a mooted boundary redraw – that would have made the margin a vulnerable 5 per cent – didn’t eventuate.

Knoll tonight confirmed his decision in a text message to colleagues, which read: “I have just informed the Premier that I won’t be standing again at the next election.”

“I want to thank each and every one of you for everything over the past 6.5 years… to serve in this place has been the highest honour – all then more because of the people I have been able to serve with,” he said.

“There is still much to do in the next 16 months, including winning the next election and I look forward to helping in whatever way I can to achieve that.”

In a separate statement later posted to social media, Knoll – who did not return calls from InDaily – said that “after much reflection and discussion with my family I have decided not to nominate at the next state election”.

“I have a choice to become either a better politician, or a better person to those closest to me,” he said.

“I am choosing the latter.

“The past six months have undoubtedly been some of the most difficult I have experienced and it is important to acknowledge that at the time this put a significant strain on my mental health.”

One colleague said he believed Knoll was “pretty genuine about [leaving for] family reasons”.

“He understands the pressures politics puts on families and has chosen family over politics,” they said.

Knoll was widely seen as a future Treasurer – and even leader – until a series of recent missteps.

A messy standoff over his attempt to sack the former Cemeteries Authority chair prompted an accusation in parliament that the State Government acted unlawfully, while he later had to retreat from a push to axe several bus services and close three Service SA centres after public backlash.

Then, in July, the then-Transport and Infrastructure Minister stood aside from the cabinet during the country members entitlements scandal, after paying back tens of thousands of dollars he conceded he wasn’t sure he should have claimed.

But an ICAC inquiry later decided he had no further case to answer, and he was expected to rejoin the frontbench in due course.

In a statement Premier Steven Marshall said: “The pressures of service are great, and they are increasing.”

“I am disappointed that Stephan is not continuing,” he said.

“He has been a great colleague and friend [but] I understand and respect his decision.

“I thank him for his service in cabinet and to his electorate.”

Marshall’s closest adviser, Government media unit manager Ashton Hurn, is considered a frontrunner to replace Knoll in Schubert if she seeks preselection. The sister of former West Coast Eagles AFL captain Shannon Hurn has strong family ties to the Barossa region, and has sought endorsement for the seat previously – losing out to Knoll when he was first preselected for the 2014 election. 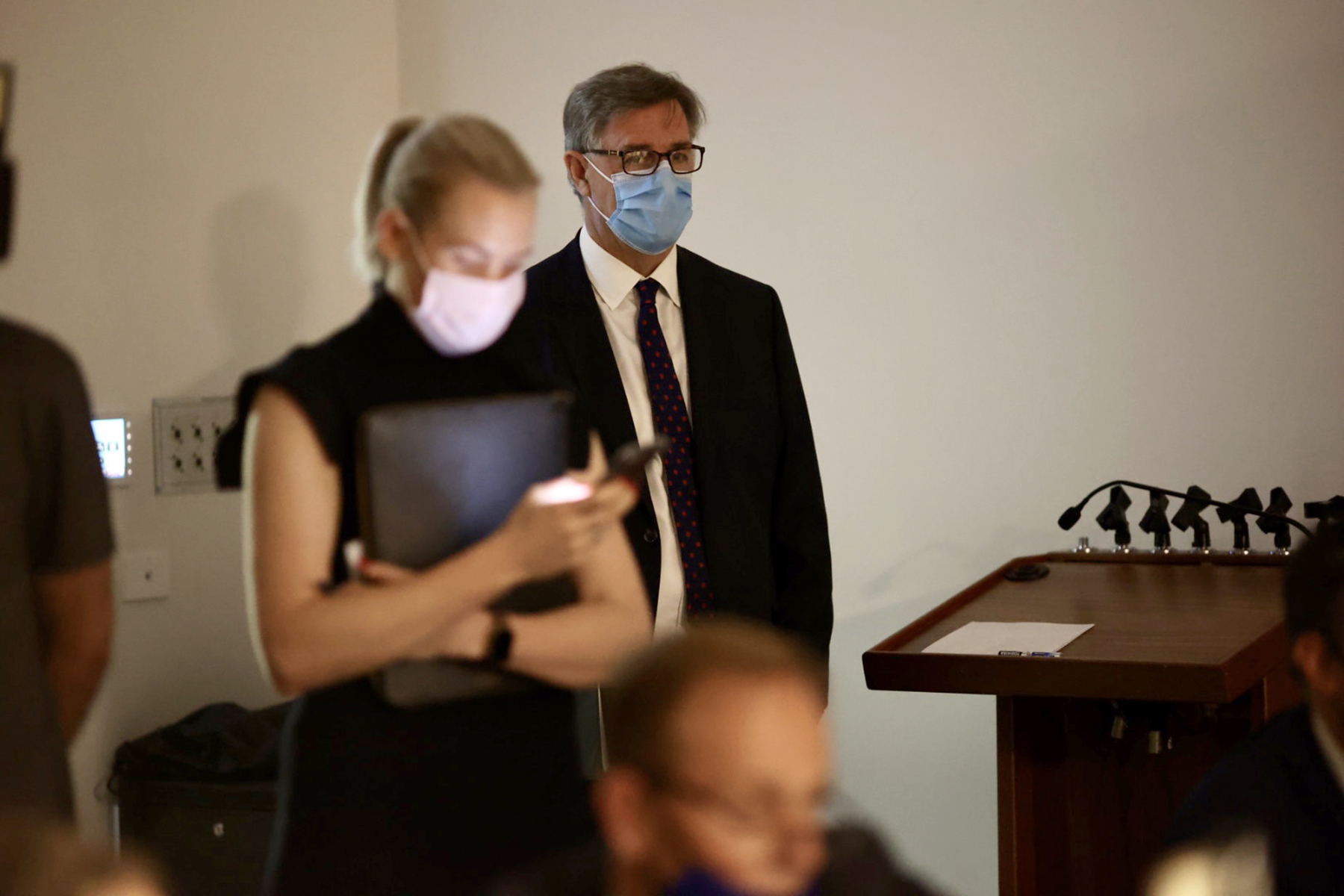 Grain Producers SA boss Caroline Rhodes is another said to be strongly considering a tilt.

She would be strongly backed by the Liberal Right, which has now lost its two most senior members with Knoll’s departure and Sam Duluk’s enforced exile pending a charge of basic assault.

Knoll’s decision came as Flinders MP Peter Treloar also announced he would not recontest his seat in 2022.