READ MORE: CORONAVIRUS – What we know today, May 21

The survey found “momentum in the SA economy weakened to around a five-year low, with the housing component – which together with trade had been the only positive contributors to the index in the December quarter – falling below trend”. 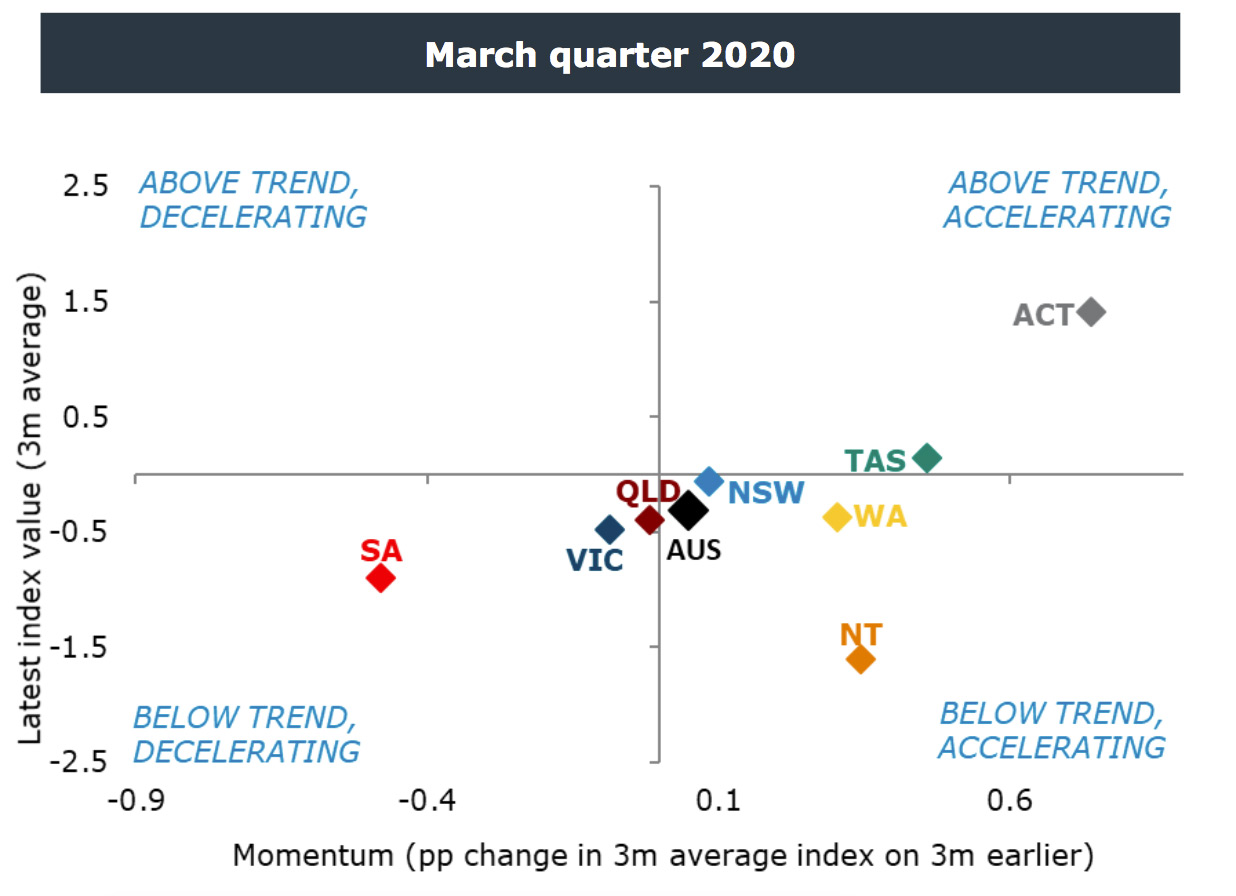 “Every measure of the labour force deteriorated in SA in April, although the changes were not out of line with most other states and territories,” ANZ reported, while “less exposure to international visitors [was] a bonus as retail spending in SA is growing slightly below the national average”. 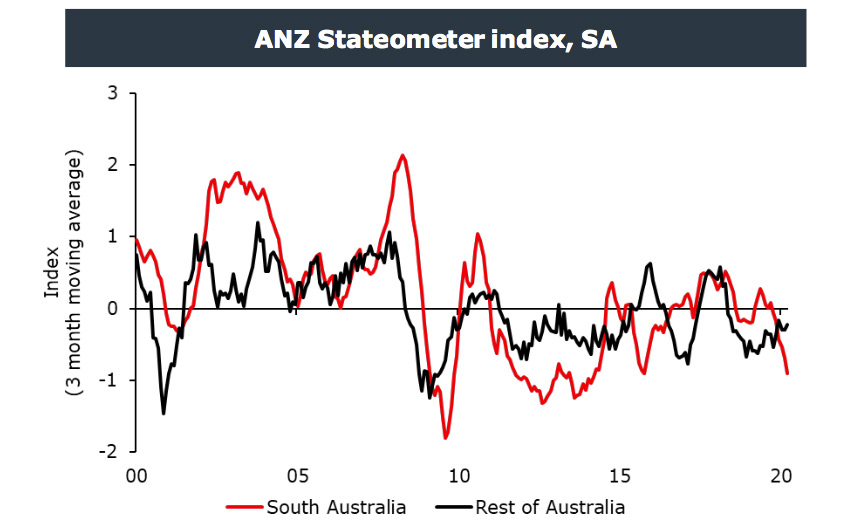 Marshall today said he was “very happy to compare our performance in SA with any other state in the country”, but did not respond directly to the ANZ survey, saying: “There’s various metrics that are out – I think we all appreciate times are tough and that’s why we’re on the front foot with our stimulus and support packages.”

But it was one of the Government’s own surveys igniting the Opposition today, with taxpayer-funded leaflets distributed to electors in key seats by Liberal MPs asking respondents to rank from 1 to 7 the order they would like to see various COVID-19 restrictions lifted.

Marshall defended the mailout, saying: “Quite frankly I think all MPs are out talking to their communities at the moment… this is a very stressful time for people [and] it’s really important to get feedback.”

Labor leader Peter Malinauskas said the “populist” survey appeared to cut across Marshall’s regular insistence that he would follow health advice regarding the easing of restrictions. 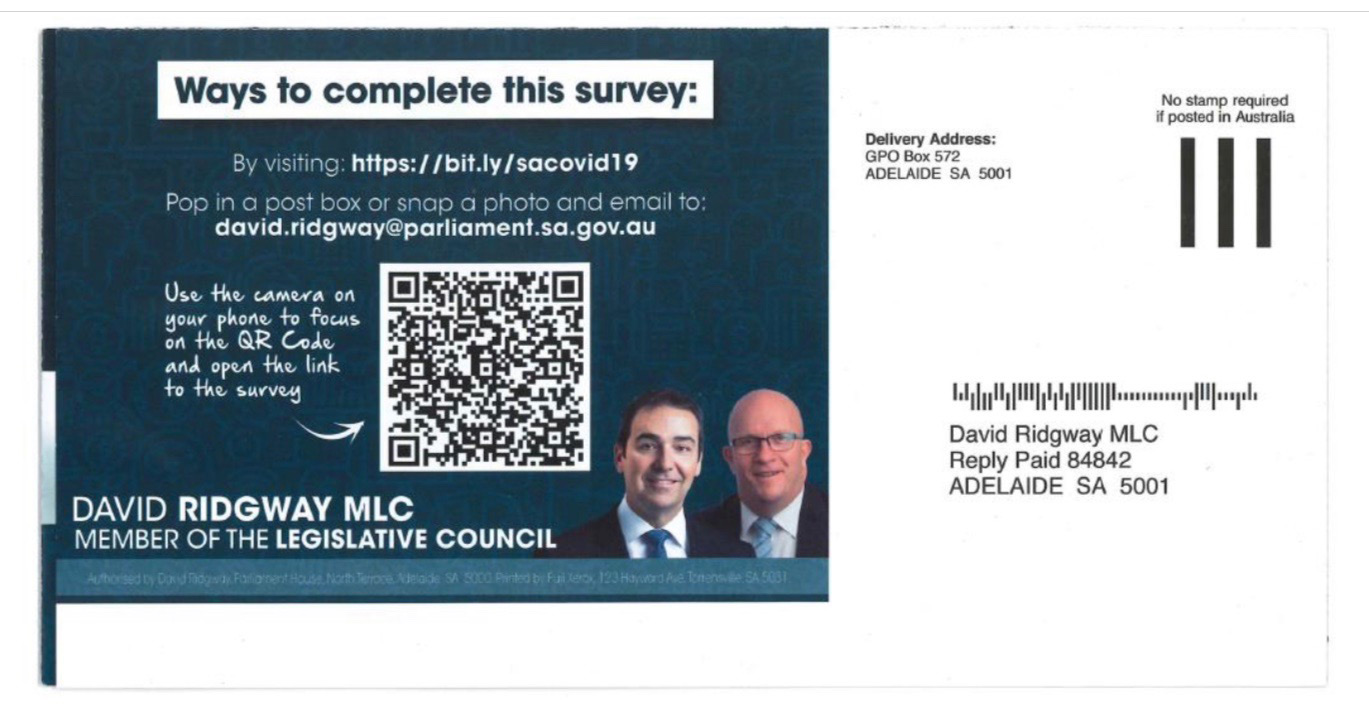 The front of the survey.

“What we’ve said right from day one as part of the transition is we’ll look at health advice, as well as social and economic [impact],” Marshall said today.

“I’ve been very clear for a long period of time [that] we’re looking at three issues at the moment: health, social and economic.”

He said the surveys “do go into that process” but said he didn’t have “specific detail” about how they would be used.

Coronavirus: What we know today, May 21

“I’m happy… to get input from the people of SA,” he said.

“We’re really looking at two crises occurring simultaneously – a health crisis and an economic crisis… it’s a desperate day for the Labor Party if they think MPs talking to their communities is something we should be turning away from – I think this is what MPs should be doing.”

Malinauskas conceded “we’ve been incredibly well served here in SA with one of the best health plans in the nation” but argued “I think South Australians are rightly concerned about the fact we’ve got one of the worst economic plans being led in the country as well”.

“We have an acute problem in regards to our economic recovery,” he said.

“Steven Marshall is repeatedly telling South Australians he’s taking the politics out of health restrictions and only relying on health advice… how can he possibly justify a taxpayer funded political survey going out to the people of SA asking for the order in which restrictions should be lifted?

He called the leaflet “irresponsible”.

“It sends a message to South Australians that their populist views will determine the lifting of restrictions, as distinct from what’s necessary and consistent with the health advice,” he said.