McLachlan commanded 131 of the 206 state council votes cast, easily accounting for former favourite Morry Bailes, who had been publicly backed by leading Right-wingers including Tony Pasin and Nicolle Flint.

Bailes snared 51 votes, little more than double the 24 garnered by fellow Right-winger Michael Van Dissel, whose candidacy had enraged some within the faction, who feared he would split the conservative vote.

But the bloodletting is set to continue, spilling over into the forthcoming contest for the SA Liberals’ state Upper House ticket, with nominations to close on Wednesday this week.

The senate race opened deep divisions within the party, with one senior source declaring the result an “epic defeat for the hard Right”, who “massively overreached” in their push to install Bailes as their candidate.

The defeat was made more bitter coming just months after the Right effectively won control of the state party, winning every vice-presidential position at last year’s Liberal AGM – with Bailes at the top of the ticket.

But that victory could prove Pyrrhic, with a senior insider anticipating the Right faction will split in the washup of Saturday’s result.

“We will now see the rise of a centre-Right faction from here, and a stability pact between the Left and the centre Right,” they said, declaring the move “one of the most important developments in recent SA politics [which] will finally end the Chapman/Evans feud that has held the party back for many years”.

Internecine warfare in the SA Liberal ranks has derailed both governments and oppositions for decades, epitomised by a multi-generation factional stoush most recently embodied by current Deputy Premier Vickie Chapman and former state leader Iain Evans.

The fallout from the senate ballot is also likely to help secure the tenure of current MLCs Michelle Lensink and Dennis Hood, the only two current Legislative Councillors up for re-election who have signalled their intention to continue on, with Treasurer Rob Lucas and long-serving moderate John Dawkins both pulling the pin in 2022.

Some in the Right had signalled their intent to roll Marshall Government frontbencher Lensink as payback for the moderates backing McLachlan, but several Right-wingers have privately ridiculed such a notion, while Left-wingers believe the state council has indicated there is no appetite for civil war.

“The bottom line is our state council will always vote for good candidates,” one said.

“They [the hard Right] have to weigh up whether they want to be crazy-brave [in the Upper House preselection], and probably get the same result they got on Saturday.”

The source said there was “a lot of vindictiveness going on” after McLachlan’s election, and “there could be enduring divisions from Saturday’s result that stay in place for a little while to come”.

All sides, however, agree that McLachlan’s vacancy will be filled by Riverland veterinarian and current state vice-president Nicola Centofanti, a long-serving party activist and niece of former Howard government speaker Neil Andrew.

In an added factional twist, her father Stuart Andrew instigated a 2017 party investigation into moderate figurehead Christopher Pyne’s alleged intervention in an earlier preselection in the seat of Barker while her sister, lawyer Joanna Andrew, ran unsuccessfully for preselection in Pyne’s former seat of Sturt last year.

But Centofanti is widely expected to win the highest vacant spot on the Upper House ticket and replace McLachlan as a casual vacancy.

However the current round of bloodletting could have an impact on other Right-wingers contesting the ticket, with accountant Heidi Girolamo and Women’s Council president Laura Curran both expected to run. 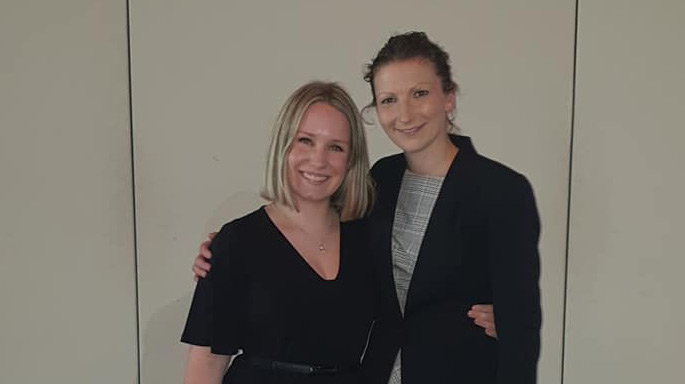 Curran, a staffer for leading Right-winger Alex Antic, could bear the brunt if the Right faction splinters, particularly if the centre-Right throw their support behind moderate candidates, with Anne Ruston staffer Kerrynne Liddle and former Spence candidate Kathleen Bourne in the mix to nominate.

Centofanti did not respond to inquiries today.

Van Dissel told InDaily McLachlan would “make a very fine senator and has a lot to offer”.

Asked if he intended to contest the next senate preselection to determine the party’s federal election ticket, he said: “That’s certainly my intention.”

Meanwhile, veteran Right-winger Terry Stephens was today unanimously endorsed at a meeting of Liberal legislative councillors to replace McLachlan as Upper House president, fulfilling the terms of a previous factional deal revealed by InDaily in 2018 to install him in the role mid-term.