The faction flexed its newfound muscle at the Liberal state council’s Annual General Meeting on the weekend, with the election of four vice-presidents – all hailing from the party’s conservative wing – and the defeat of two moderate incumbents, Clementina Maione and Cara Miller.

The result of the vice-presidential ballot was reaffirmed in several policy votes at the weekend, with the Marshall Government’s position being voted down on three separate issues – an unprecedented display of dissatisfaction with the incumbent government from its own party members.

It’s prompted calls from within the party for a cabinet reshuffle – which Premier Steven Marshall has previously ruled out in 2019 – to ensure his moderate-dominated ministry better reflects the renewed influence of the Right faction in the broader party.

“This is another indication that the cabinet is out of step with the majority of the grassroots party, in terms of representation,” one senior source said.

“We’d like to see an increased balance that reflects the broader grassroots party.”

The Right’s state council dominance is likely to also be felt in a spate of upcoming upper house preselections, with candidates for the Legislative Council expected to be endorsed as early as November, and a casual senate vacancy set to be filled in the near future with the forecast retirement of former Liberal Cory Bernardi.

Failed Mayo candidate Georgina Downer is considered a frontrunner for that nomination, along with prominent lawyer and InDaily legal columnist Morry Bailes, who was on Saturday elected for his second stint as a Liberal vice-president.

Joining him were south-east entrepreneur Ben Hood – who was listed as one of InDaily’s inaugural 40 Under 40 last year – and incumbent rightwingers Nicola Centofanti and Max Van Dissel, who were both re-elected. 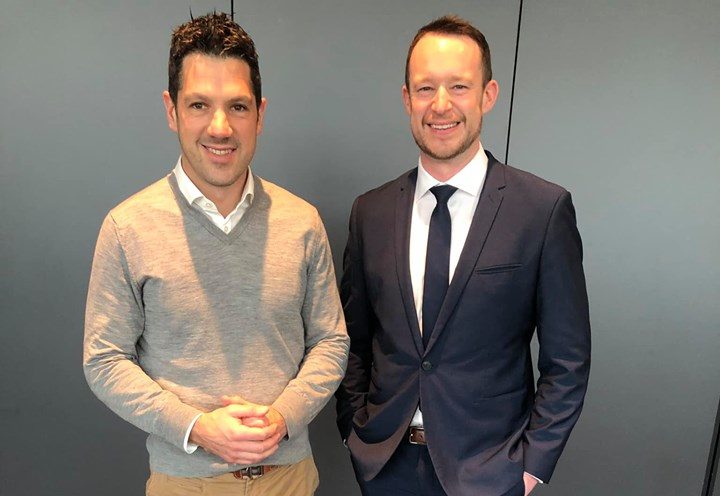 The unprecedented election of four conservatives to the key roles has handed the Right control of the party’s powerful state executive, after the faction also recently seized control of the Rural and Regional Council, the Women’s Council and the Young Liberal Movement, each of whom has a delegate on the Liberals’ 12-strong governing committee.

State president John Olsen, who was re-elected unopposed on Saturday, is a nominal Right-winger but is considered a neutral voice on the executive.

“What it means is the Right has control of state executive for the first time in many years,” one source said.

Aside from a brief period where the faction garnered a slim majority in 2017, the conservatives have not dominated the party’s governing bodies in this way for several years.

“I think you’d have to go back to a period where Nick Minchin was the senior federal Liberal,” said another insider.

“It’s the beginning of the post-Pyne era… control of state council is clearly with the right wing – I can’t remember four vice-presidents elected as they were on the weekend, and it’s got significant repercussions for upper house preselections… the state council college will now be the college that determines those.”

Moderate-aligned state director Sascha Meldrum sits on the state executive but does not have a vote, leaving the formerly-powerful Left with just three votes out of 11 – those of Premier Steven Marshall, federal delegate Simon Birmingham and party treasurer John Kain, who has previously rejected any factional alignment but is considered a confidant of moderate powerbroker Christopher Pyne, who recently retired from parliament.

The treasurer’s position is voted on in the first state executive meeting after the AGM – scheduled for next month – with influential right-wingers already agitating to remove the founder and managing director of Kain Lawyers, who was also the long-serving chairman of the ill-fated Blue Sky Alternative Investments until February this year.

The Marshall Government just this month axed Blue Sky as the manager of SA’s $50 million venture capital fund after the company went into receivership in May.

But senior figures insist Kain’s association with the venture had no bearing on his role with the state party, with several insisting he remained the best person for the job.

Kain wouldn’t comment to InDaily, but it’s understood he is likely to renominate for the position if he is supported to do so by Marshall and Olsen, both of whom are expected to endorse him.

But a contingent of Right-wingers are manoeuvring to block Kain’s re-election, with one insisting: “He’s toast.”

“I’m certain there will be an alternative name or names presented at that meeting, and on those numbers it’s not so much a challenge – it’s a fait accompli,” a senior source said.

However, others in the faction have urged caution, saying Kain has performed well in the role.

“We can leave him there… the reality is his voting position now is irrelevant – the Right will determine what does and doesn’t happen,” they said.

Marshall’s parliamentary party was given a bloody nose on three separate policy issues at the AGM, with the state council defeating the government’s agenda on its contentious mining bill, a Spencer Gulf deep sea port and calling for the immediate reintroduction of 110kph speed limits on rural roads – in line with the party’s election commitment.

“Three out of four [policies debated] were resolved against the position of the parliamentary party,” said one delegate.

“You get a sense the parliamentary party is a little bit out of kilter with what the membership want.”

That’s compounded by recent angst over proposed land tax aggregation, with one insider saying “we start to get a picture that there’s an increasing level of frustration amongst what you’d call the rank and file”.

Liberal insider: With Bernardi gone, the "real right" will flex its muscles

“It actually means quite a bit of adjustment,” said another.

“The conservatives have been accustomed to getting the scraps off the table for a long, long time – we’ve generally played second fiddle – so it’s a pretty big change in the composition of the party.”

They said it was driven by a dissatisfaction among “particularly rural constituents who don’t feel they’re listened to”, reflected in recent ballots such as the Women’s Council, which was “usually the preserve of the eastern suburbs”.

“We’ve had a concerted change in the balance of state council, and that’s been reflected in that vote.”

But others rejected grassroots discontent, arguing the ballots and policy defeats – which are non-binding on the cabinet – were not overwhelming and reflected “a very marginal disconnect”.