Attorney-General Vickie Chapman raised a few eyebrows when she stood up in parliament to “update the house about cases of bullying of political candidates”.

It was the eve of last month’s federal election, and the Liberal MP Nicolle Flint’s Boothby office had just been targeted by vandals, who had daubed offensive graffiti over her candidate corflutes.

In response to a ‘Dorothy Dixer’ from assistant minister Carolyn Power, Chapman rightly lamented the “utterly shameful” attack on her federal Liberal colleague Flint, saying “it should be condemned by everyone in this House”.

She then went on to detail the nature of the offensive graffiti, before shifting her focus to fledgling Labor MP for Enfield Andrea Michaels, who was elected earlier this year in a by-election after the retirement of Chapman’s predecessor as Attorney-General, John Rau.

But it was what she said next that sent many Labor MPs into confused uproar.

“She and nobody else should be the subject of this type of behaviour,” Chapman said of the member opposite.

An excerpt of the parliamentary video began doing the rounds in recent days – you can watch it here:

Things got curiouser though, when the official record of parliamentary proceedings was published by Hansard the following day.

According to Hansard, Chapman said of the member for Enfield: “Neither she nor anybody else should be the subject of this type of behaviour.”

Michaels tells InDaily she was sitting in parliament at the time and “I was rather shocked by the words I heard”.

“I looked at the people around me and they said ‘did she say what I heard her say?’” she said.

Michaels says the uncorrected proof of parliamentary proceedings contained Chapman’s original wording, and she drew the matter to the Attorney-General’s attention at the time.

However, Chapman didn’t address the matter with her until recently.

“She came to me a couple of days ago and said it was clumsily worded, and I can only accept that’s exactly what happened, that she misspoke,” she said.

“I would be horrified if she said what she did on purpose.” 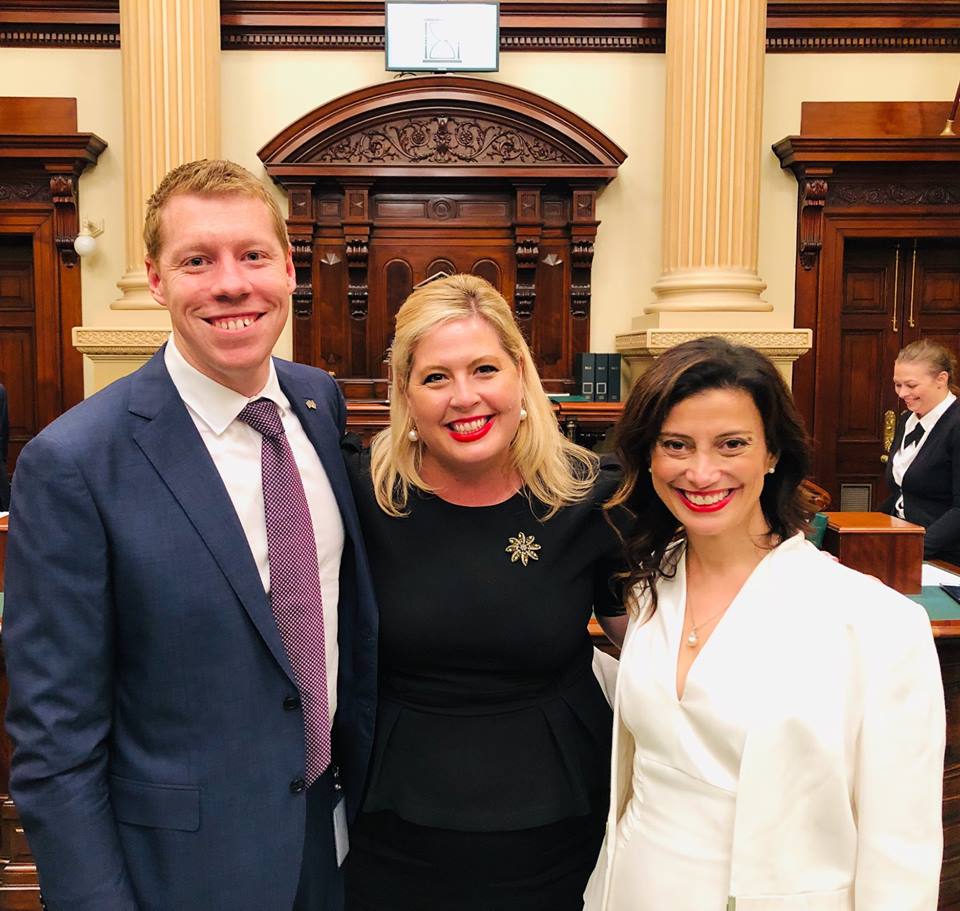 Chapman, however, says her intent was clearly to defend Michaels, arguing “she was also fairly unfairly treated during her election campaign”.

“I just advised Andrea, because of her concern that she might interpret it the other way,” she said.

“So to ensure that Andrea didn’t have that wrong impression I spoke to her, to clarify that I was in fact including her in the category of person who shouldn’t have to put up with this type of statement.

“My clear position was then, and remains, that nobody, including our newest member, should be exposed to that type of behaviour.”

InDaily queried whether Chapman should have made a personal explanation in parliament under the Ministerial Code of Conduct, which stipulates that “it is a minister’s personal responsibility to ensure that any inadvertent error or misconception in relation to a matter is corrected or clarified, as soon as possible and in a manner appropriate to the issues and interests involved”.

She said she had not “re-read what got said”, but maintains: “I don’t concede that what I said was in error in the first place.”

Chapman said she was contacted by Hansard to clarify her comments, which were subsequently amended.

“They rang me and said ‘what did you say here?’” she said.

“But it’s not uncommon for them to do that.

“There was shouting out and interruptions, and sometimes what they get isn’t the full picture, so they’ll check it with us – especially when there’s interjections.”

Hansard’s acting leader John Clarke told InDaily he contacted Chapman to clarify her comments because the grammar she used created the wrong impression of her meaning.

He said such action was taken on occasions, but “we don’t do it very often”.

He also confirmed a member of Michaels’ staff subsequently contacted Hansard to query why the official transcript differed from what was originally said.

“You’ll have to take that up with Hansard,” Chapman said.

“I provided them with that information… it sometimes happens when they try to record what’s said and there’s constant interjections.”

She said it was important to highlight harassment of women MPs, saying it’s “particularly prevalent in elections”, but “I’ve never known a male candidate to be the subject of a sexual innuendo.”

However, Labor MPs are privately seething about the episode, particularly after reviewing the video of the event in recent days.

Leader of Opposition Business Tom Koutsantonis said he was “shocked”.

“I think the Attorney-General should review the video of the parliament and ask herself whether or not that’s an appropriate statement to make, and whether the first law officer of the state and highest ranking woman MP should make a statement to the parliament correcting the record and apologising,” he said.

The incident also raises questions about the recording of parliament, when the official transcript of proceedings differs substantively from what was said on the floor of the House.

Clarke said it was appropriate to correct the record as it was clearly “a mistake”.

“It would definitely have come back to be fixed [in any case],” he said.

“I’m pretty sure within a couple of hours they [Chapman’s office] would have been around to see me anyway.”