English-born Rann has lived overseas in various diplomatic roles since being appointed Australia’s High Commissioner to the United Kingdom in 2012, and is now based in London running his Rann Strategy Group consultancy.

But a former colleague – Left-aligned union boss turned Legislative Councillor and Upper House President Bob Sneath – argues “the federal Labor Party ought to poach Mike Rann to run their next campaign for them”.

It comes as the federal party picks through the entrails of a shock electoral loss, with senior figures publicly lamenting the failed campaign and policy platform, and pondering the direction the ALP should take under presumptive leader Anthony Albanese.

“We should get Mike out of [political] retirement and make him president of the federal Labor Party,” Sneath told InDaily.

I was always accused of being populist, but the intent was always to win a big victory in 2006 that would sustain us through subsequent elections

Sneath – originally a shearer by trade – was previously state Labor president and a member of its powerful state executive. He is a former secretary of the Australian Workers’ Union – a Left-leaning bloc in the SA party but which is aligned to the Right faction in other states, and was the launching pad for Bill Shorten’s own political career.

Ironically, the AWU was instrumental in backing the Left faction’s 2011 push to overthrow the unaligned Rann and replace him with Jay Weatherill, who cut his teeth as an industrial lawyer at the union.

“Even though it was time for him to go when Weatherill took over, if you watched Rann – the way he campaigned, the way he led the mood of the voting public – as far as I’m concerned he’s the best campaigner in the Labor Party since Bob Hawke and Paul Keating, federally or in any state,” Sneath said.

“He was a politician – a born politician… he could read the people better than these bloody types in the federal parliament can.” 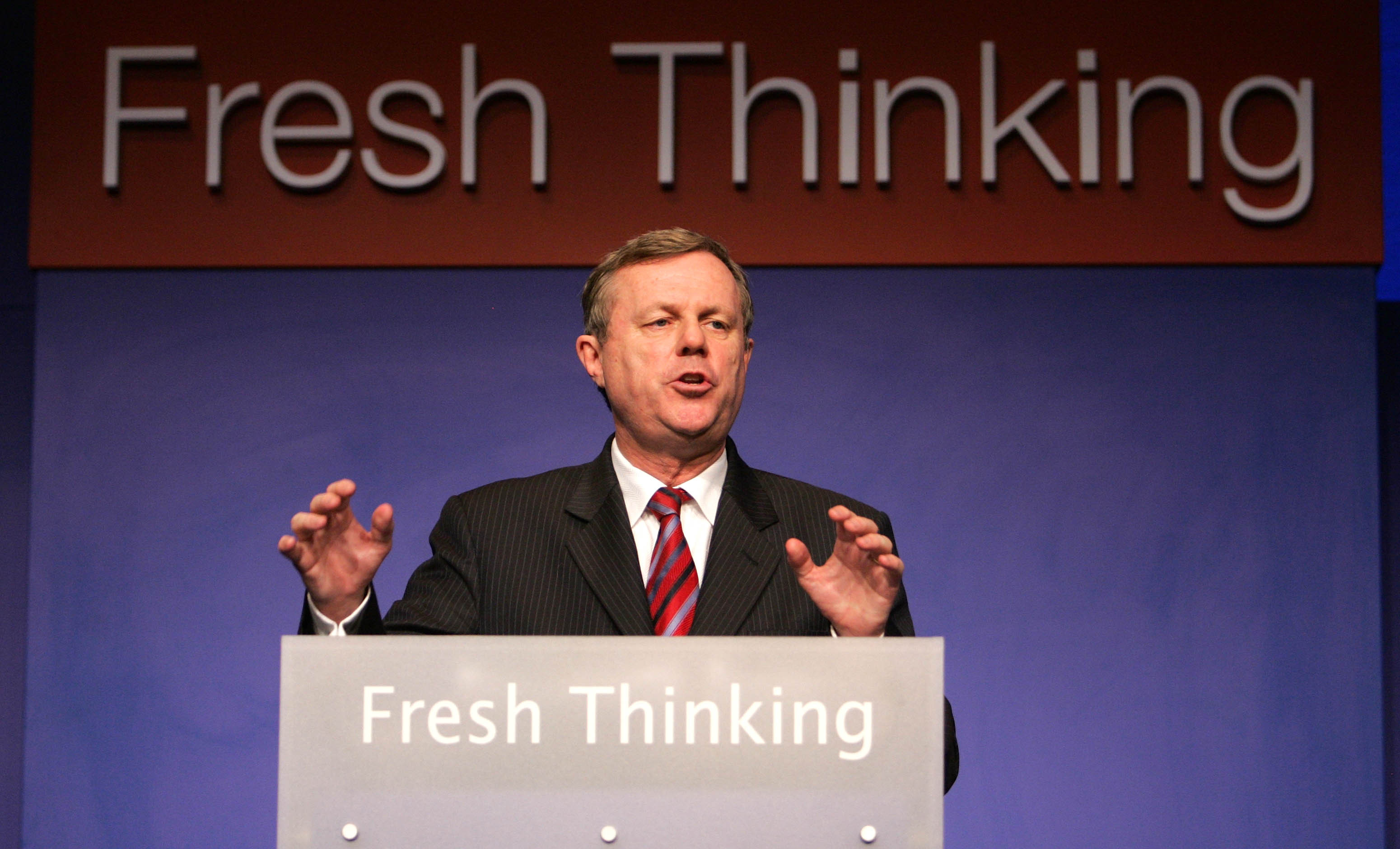 Sneath, surprisingly, argued South Australia had produced “the two best politicians” this century “as far as reading the mood” of the electorate – Rann and newly-retired Liberal powerbroker Christopher Pyne.

“If anyone helped win this election for the Libs, it was bloody Christopher Pyne,” he said.

“He came up with the idea to stop Dutton becoming leader… if Dutton had led the Libs, Labor would have won the election.”

Pyne did not comment today, but has previously told Nine Publishing that Dutton was “clearly more conservative than me and I think Scott [Morrison] is more towards the centre than to the right and therefore I believed he was best for the party and for the country”.

After last year’s Liberal leadership coup, a WhatsApp thread leaked to the ABC showed senior moderates discussing voting “with their heads” for Morrison – “despite our hearts tugging us to Julie [Bishop]”. A message attributed to Pyne in the thread noted the then-Defence Minister had broken the news to the former Foreign Minister – “very respectfully”.

“Pyne, I consider him very smart – so he ought to go into retirement and not say anything,” he joked.

But he insists Rann should be convinced to return to Australian and rejoin the political fray.

“If we’d had him in Canberra the last six months, we’d have shat the election in,” he said. 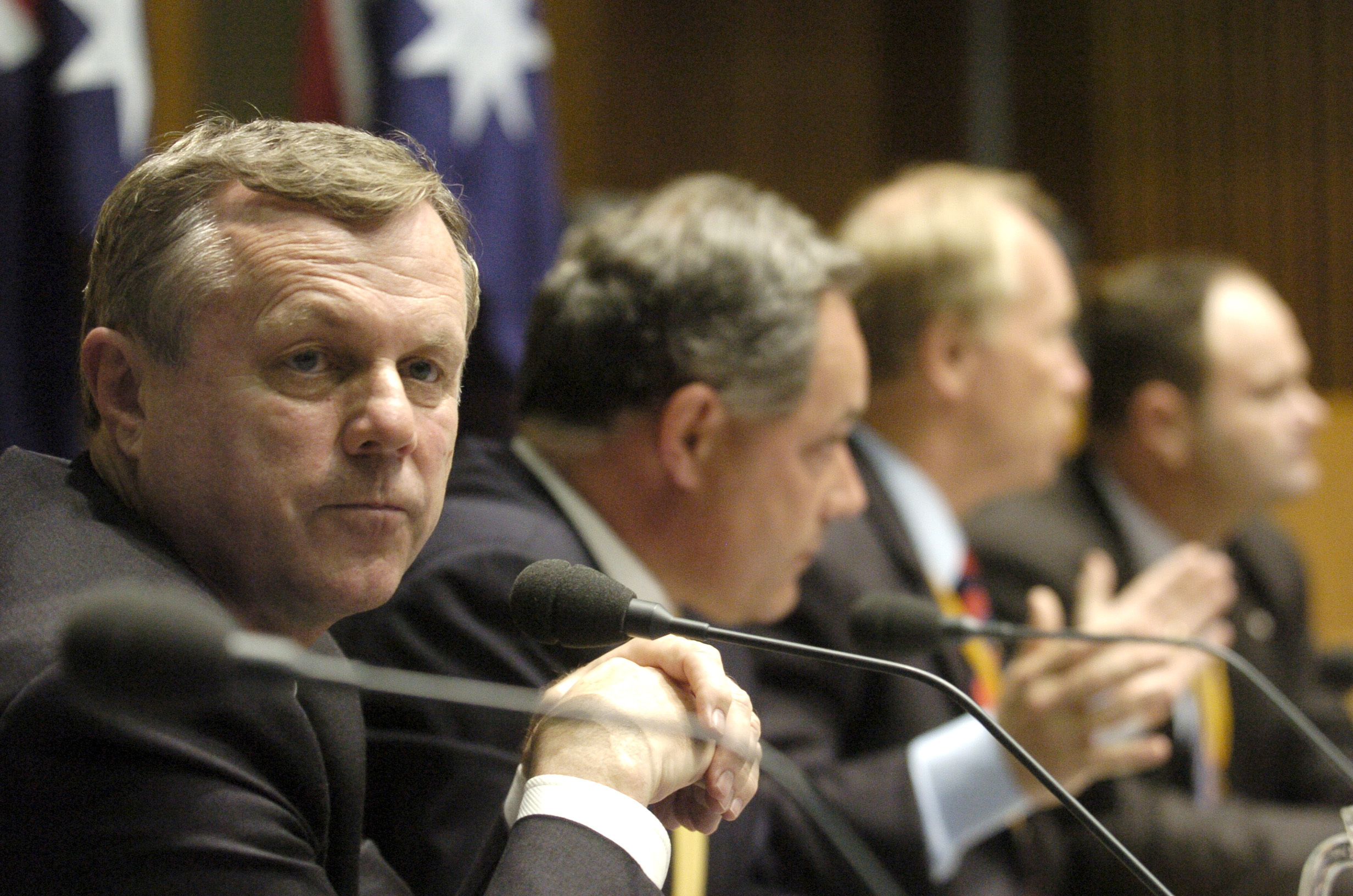 Rann at a meeting with fellow state premiers in 2007. Photo: Alan Porritt / AAP

Rann told InDaily via email from London that the praise was “generous”, but while he and wife Sasha Carruozzo were “looking forward to returning to SA in a few years… I can promise you I won’t be returning to the political fray in any way!”

However, he then went on the effectively highlight his suitability for such a role, reflecting on his past involvement and noting “the last federal election [in which] I was heavily involved – on the campaign team – was with the ‘Kevin ’07’ campaign”.

“As we have seen most graphically in South Australia, elections are always about winning a majority of votes in a majority of seats,” he said.

“People complain about this when they lose, but that is the Westminster system they and we revere.”

Tellingly, the former Premier suggested the “populist” approach that typified his first term was always a deliberate strategy to bolster what was then a parliamentary majority cobbled together from the votes of conservative crossbenchers, with a view to sustaining a Labor administration long-term.

To do the things you want to do in politics, you have to win and then be elected and re-elected

“I know I was always accused of being populist, particularly between 2002 and 2006, but having put together a minority government in ‘02 the intent was always to win a big victory in 2006 that would sustain us through subsequent elections,” he said.

“This strategy was designed to give us three or four terms by enabling hard-working local incumbents to dig in and be re-elected, even if there were big swings against us in seats we were unlikely to lose.”

Rann wrote that “to do the things you want to do in politics you have to win and then be elected and re-elected”.

“Big majorities and high approval ratings are simply political capital to be paid down,” he said.

Rann was a veteran of several state and federal campaigns, noting that the pre-election death of Labor great Bob Hawke “reminded me of my six weeks in Canberra in 1987 working with [then-national organiser] Gary Gray on Bob’s marginal seat campaign” that temporarily saw off Liberal leader John Howard.

“We started that election behind in [both] our own and in published polls – and ended up with 86 seats to the Liberals’ 66… we actually picked up seats [from the previous election in 1984] even though the Coalition had been leading in the polls through most of ‘84 to ’87,” Rann said.

“There was actually a small swing against Labor in ’87, but we outperformed the Howard campaign in the marginal seats with highly targeted messaging – in those days delivered by direct mail.

“Yes, we emphasised the Hawke government’s achievements and the need to ‘see it through and not jump ship’, but we also punched through a simple negative about the real threat of the Libs tearing up people’s most valuable asset – their Medicare cards. And of course we prosecuted Coalition divisions given the ‘Joh for PM’ campaign.” 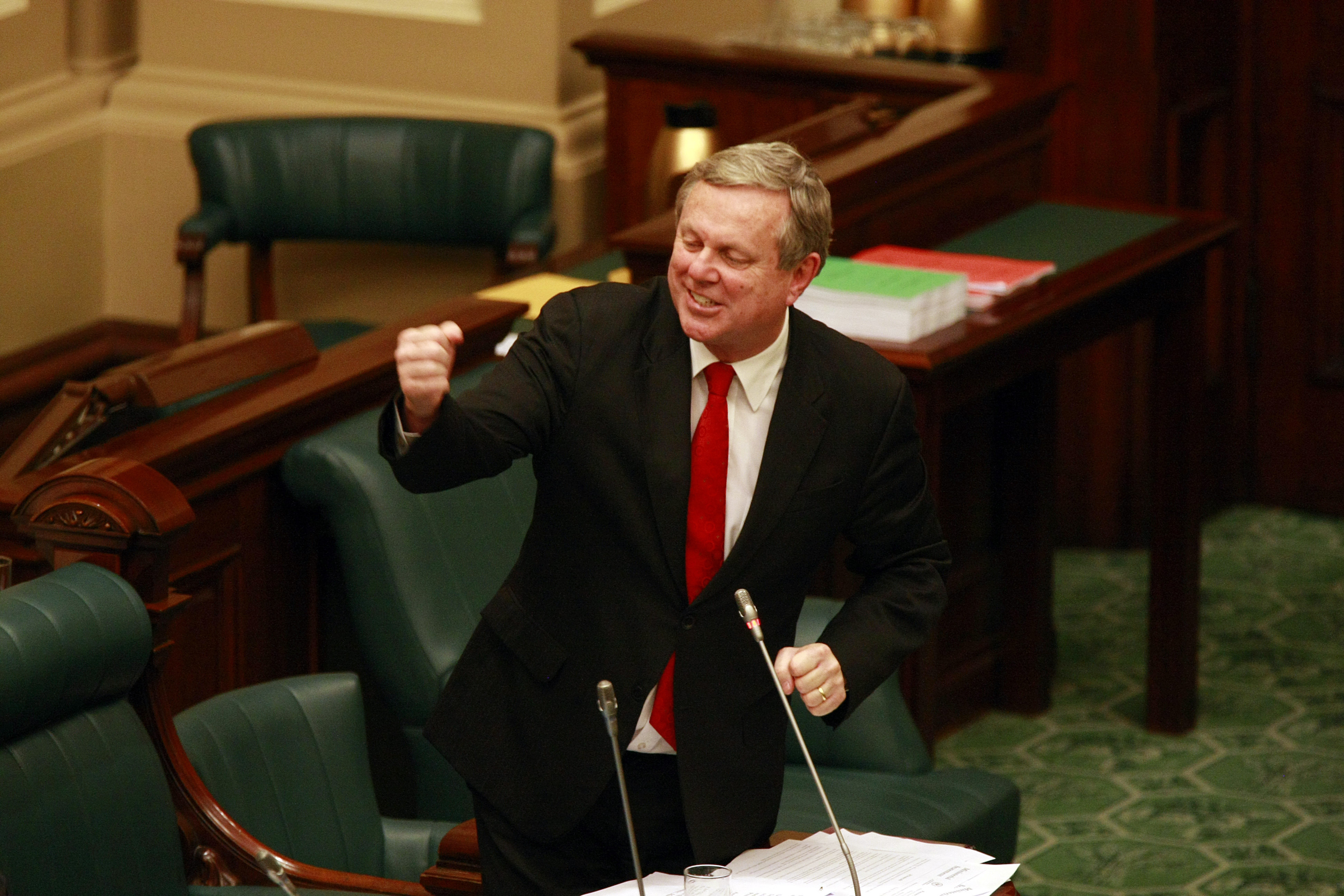 “Why you’d come out and do that and then not be able to explain clearly what you’re doing anyway… and to come up with policies like this when they probably wouldn’t have got them through a hostile senate anyway – it cost them an election,” he said.

But he rejected the analysis of the likes of SA Right-faction warrior Don Farrell, who warned this week against the party’s shift to the Left.

“I understand that the policies they developed were the responsibility of the leader [Shorten], who’s a right-winger, and the shadow treasurer [Chris Bowen] who’s also a bloody right-winger,” Sneath said.

“If [Farrell] thinks all the blue-collar workers are still voting for Labor, he’s got his head buried in the bloody sand.”