The Liberals or their predecessors have held Wentworth since federation, but polling suggests its socially progressive voters are set to punish the government over climate policy and for knifing their elected member – former prime minister Malcolm Turnbull.

Despite Turnbull having won Wentworth with a 17 per cent margin at the last election, leaked Liberal polling suggests that buffer has all but evaporated with independent Kerryn Phelps likely to wrestle the blue-ribbon seat from the federal government.

The internal polling published by The Australian this week suggests Phelps has surged ahead of Liberal candidate Dave Sharma with 55 per cent of the two-party preferred vote.

Phelps, a former Australian Medical Association president and marriage equality advocate, has centred her campaign around climate change and what she argues is the government’s poor response to it. She’s also focused on the treatment of refugees, live animal exports and the independence of the ABC.

Sharma emerged victorious from a party preselection process dominated by a debate over gender quotas and a push for more female representation in the Liberal Party.

Since then, however, Sharma has been marketed as a cabinet-ready candidate, who already has the prime minister’s ear on a potential Middle Eastern embassy move.

Party elder John Howard was wheeled out this week to campaign for Sharma and describe him as “first class”. 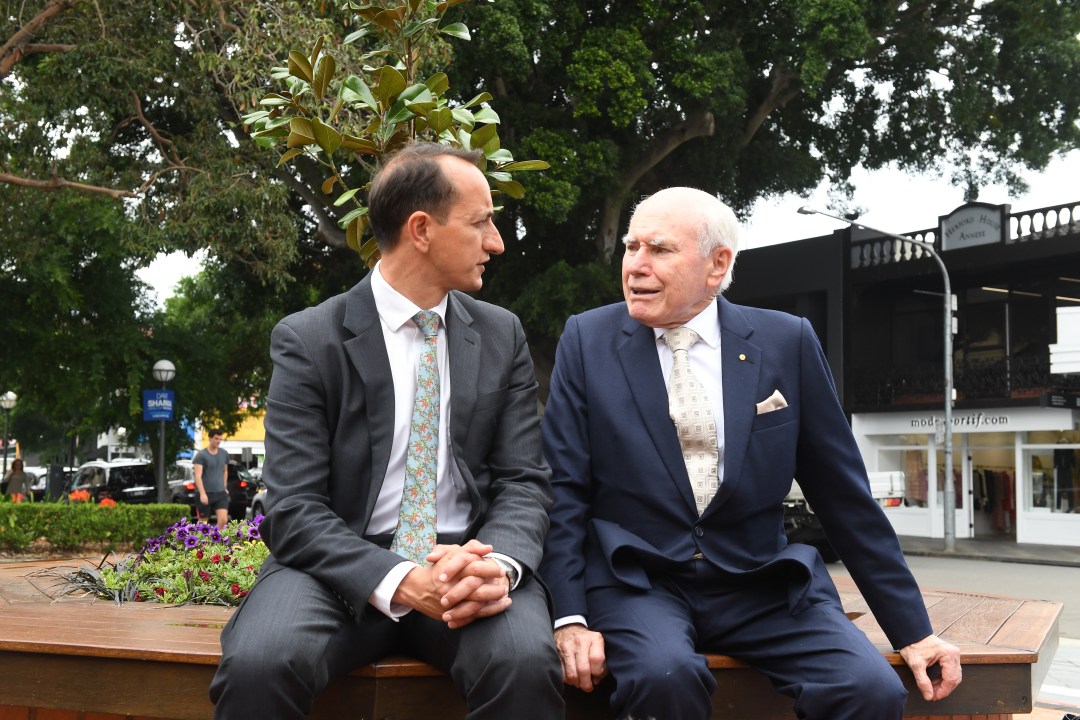 Morrison on Tuesday announced he was considering moving the Australian embassy in Israel from Tel Aviv to Jerusalem and credited Sharma with putting the case.

The major foreign policy shift came just days out from Saturday’s by-election in a seat where 12.5 per cent of voters are Jewish. The federal Opposition immediately accused Morrison of using the issue to try to win votes.

A senior Liberal source described the thought bubble as “the biggest own goal of all time” pointing out many of the electorate’s Jewish voters would have backed Sharma regardless.

Despite the long campaign – Turnbull resigned in August – both Phelps and Labor’s Tim Murray believe the anger at his knifing hasn’t subsided.

“I thought as the campaign was a very long campaign that the anger would not be maintained through to election day … but people have continued to be angry,” Murray said.

“People are still annoyed and they’re very upset about the chaos in the Liberal Party at the moment,” Phelps said this week.

In recent days she capitalised on talk of a Nationals leadership spill in Canberra to argue the coalition was lurching from “confusion to chaos” and her chances of victory weren’t hurt when an anonymous email was circulated falsely suggesting she’d pulled out of the race after being diagnosed with HIV.

Sharma, the PM and even Howard, when he joined the campaign in Turnbull’s absence, all denounced the “vile” email and insisted the Liberals had nothing to do with it. But the incident added to a feeling the party couldn’t buy a trick in Wentworth.

Morrison said today: “I know there’s been a lot of instability and uncertainty, but voting for an independent will only make that worse.”