SA Unions secretary Joe Szakacs, one of the state’s most senior union bosses, is understood to have firmed as the Left faction’s preferred successor for the safe seat of Cheltenham, with several insiders increasingly convinced neither Weatherill nor his former deputy John Rau will see out the four-year term.

Szakacs confirmed his interest to InDaily, saying: “I’m not aware of there being medium-term or imminent decision there from the sitting member, but certainly I was born and raised [in the area] and lived in the community my whole life, and if an opportunity arose to put my name forward to represent that community, I’d have to seriously consider it.” 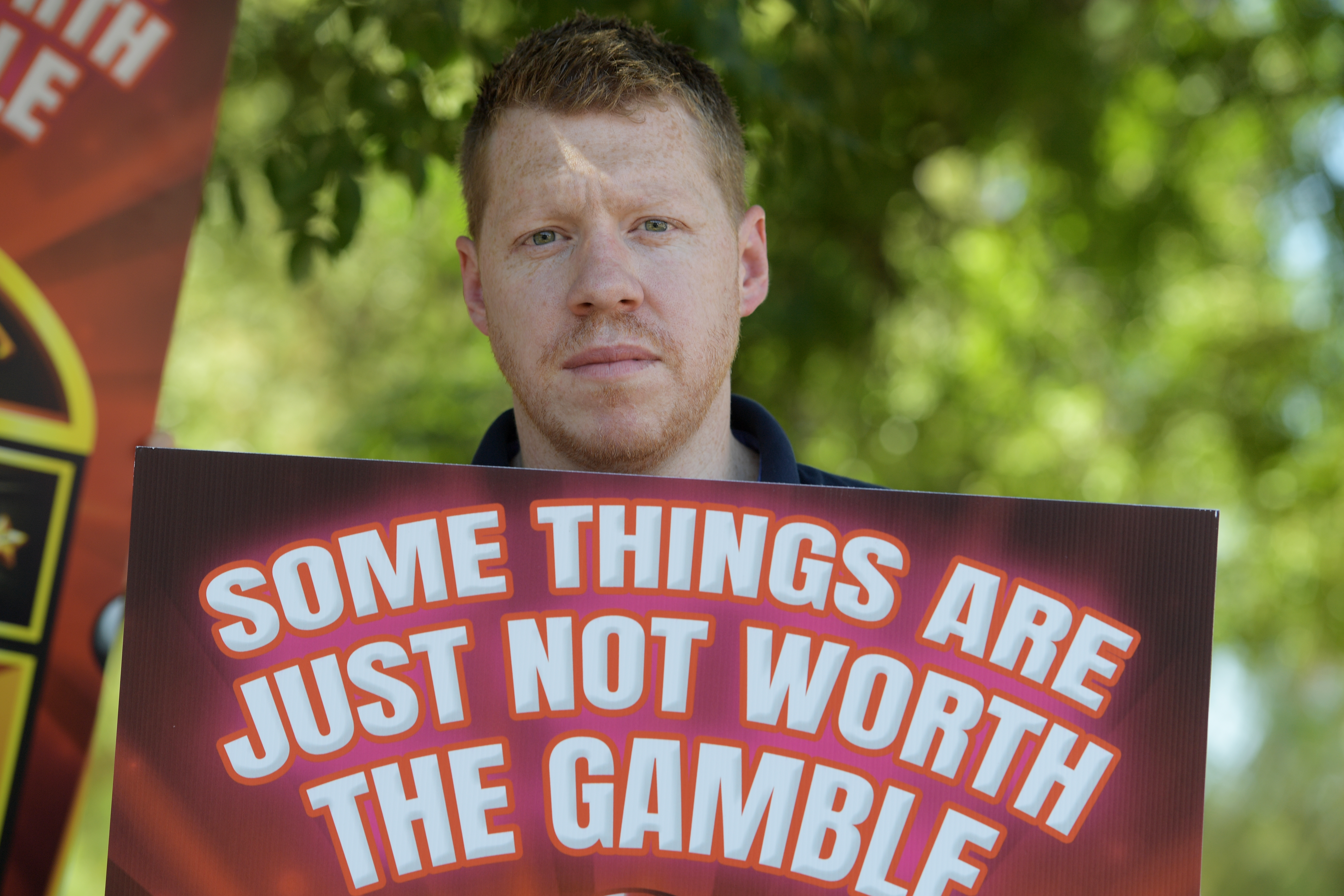 Will Labor gamble on a by-election in Cheltenham? Photo: Tracey Nearmy / AAP

But he would be an ironic choice, given he was a thorn in the former Premier’s side on several occasions, including attacking his leadership over his push to progress community consultation for a nuclear waste dump.

Weatherill’s compromise 2016 suggestion of a referendum on the contentious issue – at an unspecified future date – prompted Szakacs – a left-faction colleague of the then-Labor leader – to label him “tone deaf”.

“What this decision reveals is that the Premier can’t seem to let go of his pet project, one South Australians clearly don’t want,” he told The Advertiser at the time.

He also savaged working conditions for Tesla workers as Weatherill was welcoming the company’s founder Elon Musk to SA for last year’s International Astronautical Congress, at a time when the tech entrepreneur’s big battery project was bolstering Labor’s energy credentials.

Weatherill has consistently refused to respond to speculation about his intentions in Cheltenham since committing to serve a full four-year term after his March election defeat.

He told InDaily yesterday he did not want to comment about Cheltenham and believed retiring MPs should “take a back seat” on succession questions, but described Szakacs as “a talented young man with good values”.

Richardson: If he wants to be bold, Jay must genuinely advocate for nuclear

The widespread belief Weatherill will retire early, prompting a by-election, comes despite his replacement as Labor leader, Peter Malinauskas, saying in April he expected him to see out his full four-year term.

“I’ve heard both [Weatherill and Rau] say they intend to serve the full term, and I hope they do,” he said.

Asked whether he had had discussions about the seat of Cheltenham, whose electoral boundary he currently lives just outside, Szakacs told InDaily: “I won’t talk about internal discussions, but I’ve got a fair bit of work I’m currently doing [as SA Unions secretary].” 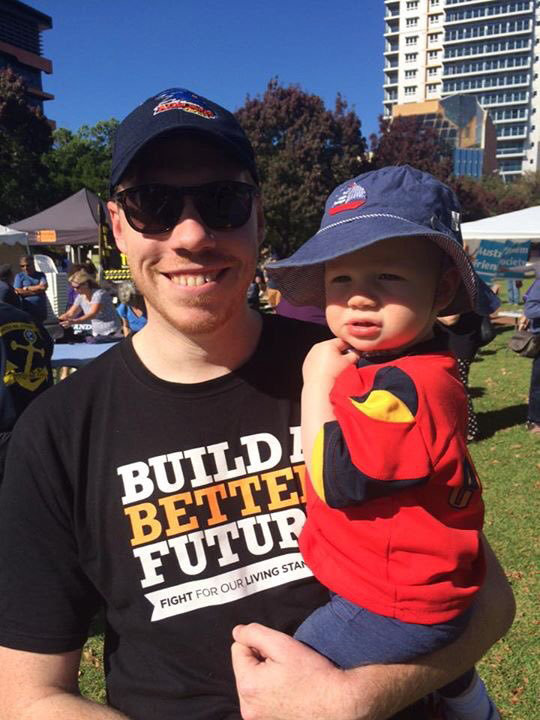 Szakacs, sporting a Crows cap, is eyeing off a move into Port Adelaide territory. Photo: Twitter

Szakacs and Weatherill are both members of Labor’s PLUS Left [Progressive Left Union and Sub-Branches] faction, convened by United Voice official David Gray.